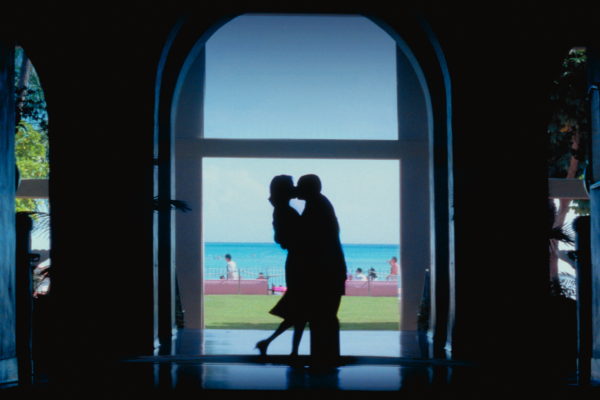 Paul Thomas Anderson is my all-time favorite director for a number of reasons, the main being the personal connection that I have with his movies. Readers probably know him for his more recent critical successes There Will Be Blood and The Master. And while those two are mature, fully-realized epics that deserve all the praise they’ve received, I must admit that I’ll always be partial to his earlier work. Boogie Nights, Magnolia and Punch-Drunk Love all show a certain vulnerability, exuberance and quirkiness that speaks volumes to me, with their every single dialogue line and camera shot. At times they may have been over-reaching (the climax of Magnolia) or questionably graphic (the final shot of Boogie Nights), but they still felt just so human in all of their flaws, with a director that obviously cares for its characters, imperfect as they may be, and that makes you emotionally invested in their story as well.

A sense of loneliness and social isolation is palpable right from the very first scene of Punch-Drunk Love, when we are introduced to Barry Egan, portrayed by Adam Sandler and sitting alone in his garage-made office. We then witness a car crash, a symbol of his tumultuous personality and the things to come. Three elements are central to Barry’s story: (1) The constant prying of his overbearing seven sisters, (2) An innocent sex phone-call turned into a life-threatening credit card scheme, and (3) Him falling in love. No less important is Barry’s anxiety-riddled character, like a ticking bomb about to go off at any second. A brilliant touch is just how Anderson portrays this anxiety, using colors and especially music that grows in intensity and loudness (sometimes to the point where it covers the actual dialogue) to create the same feeling in the viewers. Just like Christopher Nolan showed us what living with amnesia and trying to piece together your life feels like two years prior, Anderson puts us in a state of constant agitation and suffocation. When Barry breaks down and smashes everything in his sight, we feel the impact of that as well.

The second element that makes Punch-Drunk Love stand out is Adam Sandler’s stunning, unexpected performance. He’s shaky, jumpy, snappy with his every word and gesture, giving you the feeling that he was born to play this character and never return to his low-grade comedies (if only…). The first half of the movie makes us simultaneously laugh at him, pity him and fear him, while by the second he’s won us over and we can’t do anything but root for him. His love story with Lena Leonard (Emily Watson) is simply one of the most touching ever put on screen, and the time the two finally get together is also augmented by some of Anderson’s most gorgeous shots — think when they kiss in the warm, open air of Hawaii with the beaches behind them.

Also worth mentioning is Philip Seymour Hoffman’s part — not as central as his other characters in Anderson’s movies, but still providing one of the most important scenes here. I’m talking of course about his confrontation with Barry regarding the previously mentioned credit card scheme, where the protagonist is gloriously seen as standing up for his loved one, and most importantly for himself. It would be easy to neglect the human element of the story, especially for a director as technically brilliant as Anderson is. Yet he always seems to seek ways to speak directly to his audiences with his movies, making us part of the experience. The first time I watched Punch-Drunk Love I felt like it was written specifically for me, and that is quite a powerful feeling. If a line like “I don’t know if there is anything wrong because I don’t know how other people are” doesn’t get to you, then I don’t know what will.