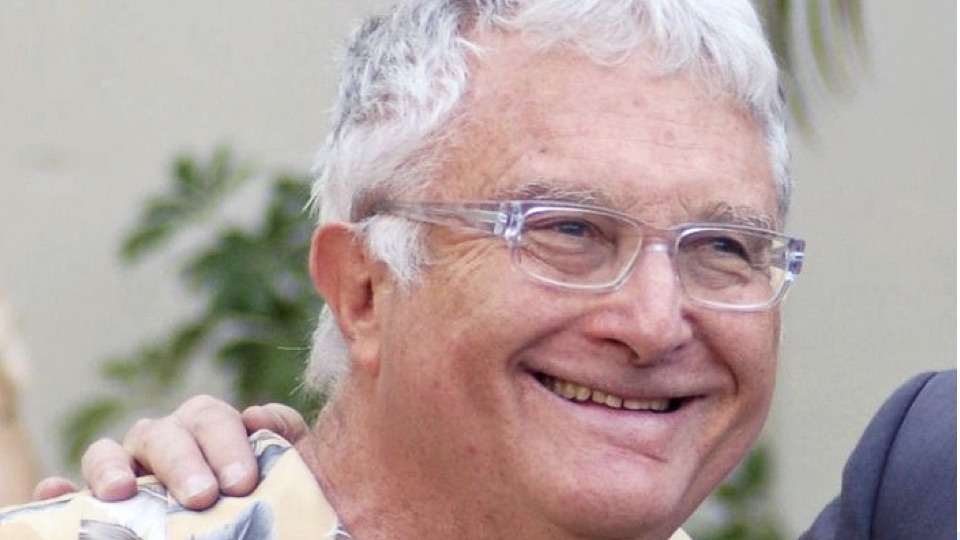 For darn near close to 60 years, pianist/songwriter and social commentator Randy Newman has earned his “undersung music legend” stripes by cranking out tunes that celebrate the darker side of life and the gallows wit in the universe. He is also the maestro of film soundtrack composition, scoring eight Disney/Pixar films, including the Toy Story series, Monsters, Inc. and the Cars movies. He has the quirky distinction of receiving 15 Oscar nominations for his music before achieving his first win in 2001 with the song “If I Didn’t Have You,” from Monsters, Inc.

The genuine Los Angeles native was born in 1943 and lived for a time in New Orleans. This undoubtedly informed his piano playing, with its Dixieland Jazz vibe and his voice, an endearing rasp that calls up the best of Ray Charles (his biggest influence), Louis Armstrong, and Joe Cocker. He’s known for his sharp wit, grumpy demeanor, and lack of interest in playing the glittery Hollywood game. His songs are often from the viewpoint of disaffected characters who display a jaded humanity that may be an acquired taste for some. But his musicianship is stellar, both as the adaptable movie soundtrack craftsman and the artist who calls it the way he sees it. Here are some tracks to get a flavor of the man and his delightfully misanthropic worldview.

A brilliant track from his album 12 Songs, it perfectly conjures the feel of 1970s debauchery. It was a major cover hit by Three Dog Night and originally written for Eric Burdon & The Animals in 1967. Tom Jones also did a popular rendition. Seen through the lens of a straight-arrow bumpkin freaked by his first wild party (“Will you have whiskey in your water/sugar with your tea?/What’s all these crazy questions they’re asking me?”), infused with boogie-woogie and a bit of country, this song is a perennial delight. Newman’s version was a little downtempo and never became a big radio hit, but has a brooding charm of its own.

Newman goes there in this ode to marital bliss gone considerably…less blissful. Filled with quiet regret and a touch of self-flagellation, the narrator ponders what has gone awry sexually in his marriage in this brief, funny track with the languid polka rhythm. It gets big laughs in his live performances, as the audience catches on and relates to the poor fellow’s dilemma.

Joe Cocker and Tom Jones each tackled this tune to greater commercial effect than Newman’s own version and it became a stripper anthem due to its potent use in movies like 9½ Weeks and The Full Monty. AllMusic reviewer Mark Deming called it “a witty and willfully perverse bit of erotic absurdity.” The narrator is a nervous soul making sheepish increasing sexual requests of his partner. Newman’s rendition (on his Sail Away LP) has a slow, rumbly quality that was less compelling than Cocker and Jones. They picked up the tempo, rocked it harder and made it into the naughty standard it remains today.

Related: “Joe Cocker At His Best

From the LP Little Criminals, here’s a tuneful track that hit #2 on the Billboard charts…but at a price. The opening line delivers a shot of shock value (“Short people got/no reason/Short people got/no reason/Short people got/no reason to live”) and a hook that likely made life annoying for folks of petite stature in the late ‘70s. But that was hardly his intention. Newman’s penchant for speaking from the perspective of oddball (and, in this case, utterly crazy) narrators was missed by the masses, and he was censured for having an absurd prejudice against the vertically challenged. It’s a terrific novelty tune about a nutcase and meant to be perceived as such. Newman grew to dislike the song for its misunderstood success, but it transcends its unfair rap.

Newman’s first real anthem, with a twist. “I Love L.A.” (from his Trouble in Paradise album) was a chart flop until the 1984 Olympics ran a commercial with it during a Nike ad. It took off like the proverbial rocket and was embraced as a rowdy celebration of the City of Angels in much the same manner as “New York, New York” was on the other side of the continent. It’s a bouncy anthem to his native city but riddled with paradox. It mocks the culture it exalts, with references to palm trees, fancy living, and gorgeous girls right up alongside homelessness, gang violence, and moral vapidity. To add to the subtextual fun, Fleetwood Mac’s Christine McVie and Lindsay Buckingham turn up, responding in “call and answer” mode to his “I Love L.A.” hook with “We love it!” The accompanying video was a kitschy amalgam of gross and glorious. The song remains a satirical take on the city that Newman still loves, warts and all.

This unabashedly romantic tune was the apt theme of the 1989 movie Parenthood (starring Steve Martin) and won an Academy Award for Best Original Song. It’s pure joy, infused with Dixieland flavor that sets off his raspy vocals. Newman soured on this song, which he considered a corny “sell out” when it was used in Colgate commercials. Despite the capitalism, this track is a worthy ode to love. Ahh, the old-timey imagery of: “Like a sink without a faucet/like a watch without a dial/What would I do/if I didn’t have you?/I love to see you smile.” Perfect for whistling, too.

A jazzy pleasure, used as the recurrent musical theme for all the movies in the Toy Story franchise. “You’ve Got a Friend in Me” became an instant, enduring classic when the Disney/Pixar hit was released in 1995. Newman’s voice has an undertone of melancholy (much like his idol Ray Charles), so the themes of friendship, time passage, and the ache of sentiment are well-served by his vocals and tasty keyboards. Covered by Lyle Lovett (in a Toy Story duet with Newman), Tom Hanks, and Robert Goulet, its bouncy simplicity and gorgeous melody make this a masterpiece. And a wondrous example of how Randy Newman can score a movie like nobody’s business.

Photo of Randy Newman from WikiCommons