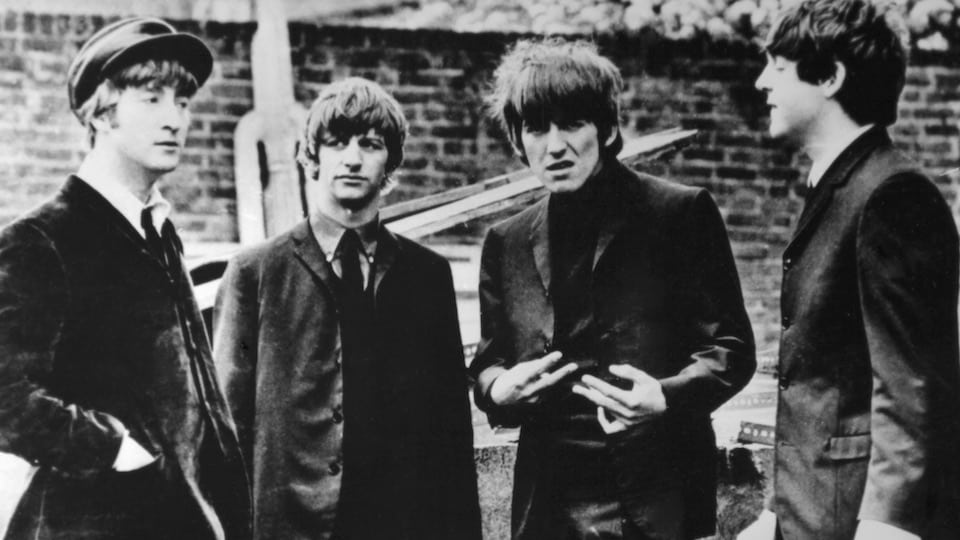 From the moment The Beatles “officially” broke up in 1970, the public and the music industry alike never stopped clamoring for a reunion. By the middle of the decade, Beatles nostalgia hit a fever pitch: fan conventions like “Beatlefest” popped up nationwide, Sgt Pepper became an off-Broadway show (Google it), and the group began receiving ridiculous offers to reunite, from $60 million for one concert to $3200 for a spot on Saturday Night Live. Capitol Records ultimately got tired of waiting, and between 1976 and 1982 simply found new ways to repackage the most valuable catalog in the recording industry. Purists dismiss these “Beatle collections” as “money grabs,” as far away from “the band’s intentions” as one can get. But they often served to introduce the music to a younger generation of Beatles fans (like myself), and are not without their own charm.

Related: “The Beauty of the Beatles Cast-Offs: ‘Hey, Jude,’ the Album”

The first slab to slide down Capitol’s conveyer belt was 1976’s Rock ’n’ Roll Music, a 2-LP set that gathered 28 of the Fabs’ hardest, loudest, and fastest rockers. Many complained about the hasty “remastering” job that resulted in the occasional sloppy edit, as well as the kitschy ‘50s-inspired cover complete with silver foil, neon lettering, and a big-finned Cadillac. But it was a good idea that worked thematically. Many of the earlier tracks like “Bad Boy,” “Long Tall Sally,” and “Slow Down” had previously been relegated to b-sides and/or buried as album “deep cuts,” and hearing one up-tempo rocker after another has a tremendous effect. (In Oct. 1980, EMI divided Rock ‘n’ Roll Music into two single LPs — Volumes 1 and 2 — with tasteful cover art of the group circa 1964.)

After Rock ‘n’ Roll Music went platinum (not bad for a band that had been defunct for six years), Capitol raided the vaults again but pivoted 180 degrees toward the softer side of the band. 1977’s Love Songs was another 2-LP set, packaged in a faux-leather cover with faux-gold print, and early editions included a booklet with the song lyrics written in cursive on faux parchment paper. Though it looked and felt like the menu in a cheap steak house, Love Songs contained an excellent track sequence. It opens strong with the seminal McCartney ballad “Yesterday,” and contains a great balance of huge hits (“Something,” “The Long and Winding Road”) and lesser well-known tracks (“It’s Only Love,” “For No One”).

It wasn’t long before Parlophone joined the repackaging party, issuing an LP called Rarities in the UK in 1978, composed of songs that had never appeared on an album: single b-sides, two German language tracks “Sie Liebt Dich” (“She Loves You”) and “Komm, Gib Mir Deine Hand” (“I Want to Hold Your Hand”), and all four tracks from the Long Tall Sally EP. (The four-song, 45rpm ”extended player” format didn’t really catch on in America.) It’s a fun set that focuses mainly on their early years. But the non-existent cover design — gold print on a dark blue background with no photos — was more suited to a budget-priced classical album. Capitol must have taken notice; their American Rarities LP appeared in October 1980 in a gatefold sleeve loaded with photos, including a print of the infamous “butcher” photo from the Yesterday and Today album. The US Rarities contained alternate mixes and edits that differed subtly from their familiar counterparts. (“And I Love Her” with the ending guitar riff repeated six times instead of four, the single mix of “Help!” with a different lead vocal take, etc.). This strategy allowed obsessive fans to geek out on different versions of familiar songs. But it was eclipsed by John Lennon’s murder two months after its release, and with many of the tracks now easily available on CD, the album itself is now a true “rarity.” (See what I did there?)

For better or worse the early 1980s brought a new, somber wave of Beatles nostalgia. Following a theatrical re-release of A Hard Day’s Night in 1982, Capitol assembled 14 songs from the band’s films onto a slab called Reel Music. This could have easily been a comprehensive double LP, but as it is it’s a flimsy sequence that’s far from revelatory. To its credit, it contains stereo mixes of “I Am the Walrus,” “A Hard Day’s Night” and “Ticket To Ride,” as well as a great full-color booklet with detailed background info and analysis of the Fab Four’s movies. The LP was released in conjunction with a curious single: “The Beatles Movie Medley,” a sequence of song clips edited together presumably inspired by “Stars on 45.” (Again, Google it!) Having said all that, I got Reel Music and the “Movie Medley” single for my 10th birthday in ’82, and continuity be damned, I thought it was the coolest thing ever.

These “collections” might seem unnecessary in an age where fans can curate their own Beatles “playlists” with iTunes and Spotify, or allow Pandora and Sirius/XM’s “The Beatles Channel” to do it for them. But perhaps Capitol was surprisingly prescient in the ‘70s, foreseeing a new generation of Beatles fans for whom smoking a joint and listening to The White Album from start to finish isn’t a relevant experience. Many young obsessives like myself also loved the burst of Beatle buzz — extra radio play, TV ads, etc — that these collections would generate. Albums like Rock ‘n’ Roll Music and Love Songs stand as curious artifacts of their era, and frankly can still be enjoyed as such. Forget about “the band’s intentions” for a minute; that ship has sailed. If they can deal with it, so can you.

Photo Credit: The Beatles in the U.K., circa 1960. (Photo by Keystone-France/Gamma-Rapho via Getty Images)

6 comments on “The Pleasures of the Repackaged Beatles”