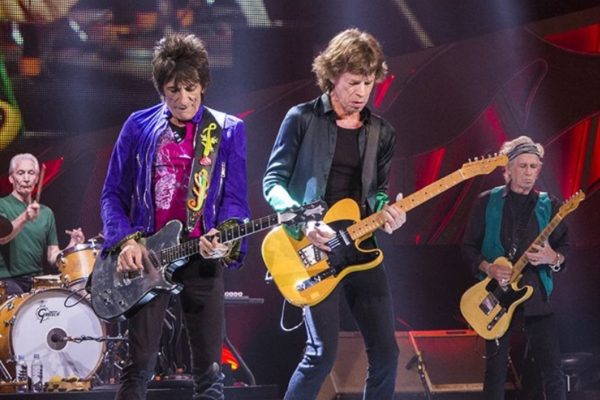 Finding the Blues in the Rolling Stones is a no-brainer, but if you’re somehow looking for a clue, take note: The band’s name is pulled from Muddy Waters’ “Catfish Blues.” Yet, despite this homage, the Stones are still conventionally considered exemplars of Classic Rock, the most American band of the British Invasion. I’d argue that it’s those very bluesy roots that made the band so easy for Americans to adopt; roots so evident that even Charlie Watts’ fully-pocketed backbeat can’t disguise the indigo riffs in an actual paean to Rock like “It’s Only Rock and Roll, (But I Like It).” And of course, that song is far from the only one to reveal its indebtedness to Blues artists — listen to “No Expectations” for shades of Charlie Patton (Father of the Delta Blues), or the anthem “Miss You” with its blues harp echoing the sounds of the great harmonica player Little Walter.

However, if you think you’ve got the Stones locked by classifying them as Blues Rock, you’re still not getting the full picture. The seeds of Glam may be a bit more difficult to discern, but they’re still there — especially in attitude and visual presentation. Check out the earliest U.S. TV appearances of the Stones in 1964, and you’ll see a band of boys with scruffy hair and mismatched clothes who all but roll their eyes at the socially-sanctioned questions of their interviewers. You’ll also find all the chicken-strutting, sexually-ambiguous pageantry you need to make sense of Mick Jagger in a bedazzled onesie eight years later in Madison Square Garden.

Think on this. In 1964 (a time when sodomy was still a crime in every state but Illinois), talk show host Mike Douglas asks the young musicians which one of them is most popular with the girls. Brian Jones pipes up with “Mick’s more popular with the men,” and Douglas responds with a nervous “He doesn’t do a thing to me, I’ll tell you that!” leading Mick to retort: “You don’t do much for me, though,” leaving Douglas so flustered that he can’t successfully read the next song title on the teleprompter.

Within the next four years, the Stones had pinged almost every theme which would later come to define Glam Rock: sci-fi (“2000 Light Years From Home”), unapologetic sex (“Let’s Spend the Night Together”), anti-establishment (“The Under Assistant West Coast Promotion Man,” “You Can’t Always Get What You Want”), and gender fluidity (“Have You Seen Your Mother, Baby, Standing in the Shadow?”’s drag album cover).

During the final years of the ’60s, while The Beatles and The Who were getting political, the Stones remained steadfastly rebellious without taking on any cause of the day. They were absent from Woodstock, dismissive of the Black Panthers, and fairly apolitical with the press. As with Glam Rockers of the ‘70s, the Stones rejected mainstream culture, not by protesting it, but by turning their attention to self-satisfaction via sex, drugs, and rock and roll. And, of course, they had all the hair.

Some may argue that Mick was the costume maniac, that one flamboyant front-man does not a Glam band make. But candids of band-mates Keith Richards and Brian Jones offstage throughout the late ‘60s reveal that three out of four Stones were competing for the High Camp award while Charlie Watts could’ve just straight up sued early Marc Bolan for ripping off his dandy shtick.

Glam and Blues aren’t really that strange as bedfellows when you think of it. They both started out as underground art forms, rising from the ranks of the rejected — and in this sense, were perfect for the bad boys of Rock and Roll. In a fabulous half-century cultural swap-meet, the Stones invaded America armed with chord progressions stamped “Made in the U.S.A,” were quickly seduced into sympathizing with the Devil, re-invigorated the jump-suits, sashes, furs, and satin shirts of their homeland, and through it all, cranked out a Rock and Roll so iconic that we can’t have a complete discussion about this American-born genre without mentioning Jagger, Richards, Jones, Wyman, and Watts — still British citizens one and all.  Perhaps it took an outsider’s eye to bring Blues back to its homeland, and dress it up a bit so we weren’t quite sure what we were looking at . . . so we had to listen, instead.