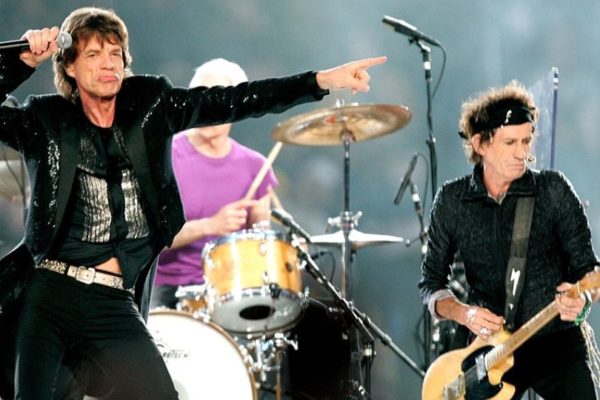 “Brown Sugar.” “Jumpin’ Jack Flash.” “(I Can’t Get No) Satisfaction.” “Start Me Up.” Even the most casual classic rock fan can likely sing along with Mick Jagger to these Rolling Stones evergreens, or at least hum along to one of the indelible guitar riffs laid down by Keith Richards. Yet when a recording career spans five decades, some great songs are bound to slip through the cracks. So let’s dig past the obvious favorites and unearth some of the finest songs in the fabulous catalogue of the Rolling Stones that may have grown a bit mossy from lack of attention.

1. “The Spider And The Fly” (1965)
[amazon template=right aligned image&asin=B01M1BPRQ1]The earliest song on this list didn’t even make it to a British album, instead ending up on the U.S. version of Out of Our Heads. Maybe that’s the reason most don’t know it, but those who are aware of this one understand that it’s one of the earliest examples of Mick Jagger sinking into character as a world-weary lothario sizing up his prey — an unsuspecting older woman in a bar. Do you think he did some research for the role?

2. “Back Street Girl” (1967)
If you concentrate on the music on this track from Between The Buttons, with the lilting accordion and some lonely vibraphone notes courtesy of Brian Jones, you might think that Jagger is paying tribute to the titular girl from the poor side of town. But, in actuality, he’s beckoning her to know her place and stay out of his everyday life, lest she ruin his marriage to an upper-class lady. It’s a beauty with a dark heart.

3. “Dear Doctor” (1968)
The Stones generally treated country music with tongue in cheek and eyes rolled firmly back in skull. That style could sometimes insult the genre, but here it serves it well. Keith Richards’ braying harmonies are a nice compliment to Jagger’s tale of a frightened groom. The instrumental touches are just right as well, especially Jones’ harmonica and guest player Nicky Hopkins’ saloon-style piano. This is perhaps the most unheralded track on Beggars Banquet, the band’s roots-heavy 1968 classic LP.

4. “Ventilator Blues” (1972)
Exile on Main St. may be the Stones’ most well-known album, but there are so many songs on this crazy quilt of an LP that it’s easy for individual tracks to get lost in the shuffle. This crunching slow grind of a blues song demands your attention. The title was inspired by the claustrophobic working conditions in the makeshift studio used for the album, but the sweat, grit, and menace comes from the chemistry unique to the Stones.

5. “Memory Motel” (1976)
1976’s Black and Blue is renowned as the album where the Stones auditioned guitarists to replace Mick Taylor, eventually settling on Ronnie Wood. It should be known for this epic ballad, supposedly inspired by Jagger’s dalliance with Carly Simon and a standout depiction of the toll taken by long miles and nagging memories. Jagger and Richards trade vocals for one of the only times in the band’s career, and their yin and yang efforts make this the finest of forgotten Stones tracks.

6. “All About You” (1980)
A recent tradition on Stones albums is Richards closing out the proceedings with a bluesy track. That strategy can be traced back to 1980’s Emotional Rescue, when Keith unleashed his inimitably croaky vocals on this brassy closer. The lyrics are a none-too-veiled complaint about Jagger’s narcissism, but rather than coming across as nasty, Richards seems like a wounded lover. The Glimmer Twins relationship was about to hit a particularly bumpy stretch, and this song is soulful foreshadowing.

7. “Tops” (1981)
Like most of Tattoo You, “Tops” was a tasty leftover from the previous decade’s sessions reheated for mass consumption. The tactic worked brilliantly, as the Stones, who weren’t really getting along too well at the time, were able to make an album without really having to spend too much time together. Many of the album’s tracks have become staples; this understated but funky saga of a would-be starlet lured to the casting couch should be one as well.

8. “She Was Hot” (1983)
Most of the songs on this list are so-called album tracks, but this revved-up rocker from Undercover was released as a single. It didn’t do much on the charts, perhaps doomed by a laughably lousy video. That’s a shame, because this track crackles with more energy and vigor than most of the Stones’ mid-‘80s output. Credit goes to Charlie Watts’ crackling drumbeat and Jagger’s clever lyrics, which contrast his icy surroundings with the steaming memory of a one-night stand.

9. “Losing My Touch” (2002)
There seems to be a new Rolling Stones greatest hits album released every month, so you’re forgiven if you don’t remember much about 2002’s Forty Licks. It contained four new bonus tracks, however, and one of them was this aching lament written and sung by Keith Richards. It doesn’t sound anything like your typical Stones track, recalling instead something that could have been on one of Frank Sinatra’s sadder albums. Richards transcends his caricature in a mesmerizing performance.

10. “Laugh I Nearly Died” (2005)
It’s been a dozen years since the Stones’ studio album A Bigger Bang, which contained the mix of adrenalized rockers and soulful ballads typical of the band’s late-period output. But this track is exciting because it doesn’t fall easily into either one of those two categories. Featuring a sludgy groove, chain-gang backing vocals, and an all-in performance from Jagger, this one proved that the Stones could still surprise in their fifth decade.

PS. For some other songs that may have fallen through your playlist cracks, check out our posts The Best 10 Songs by Jackson Browne That You May Have Never Heard and Hall & Oates: 5 Songs That Should’ve Been Hit Singles.