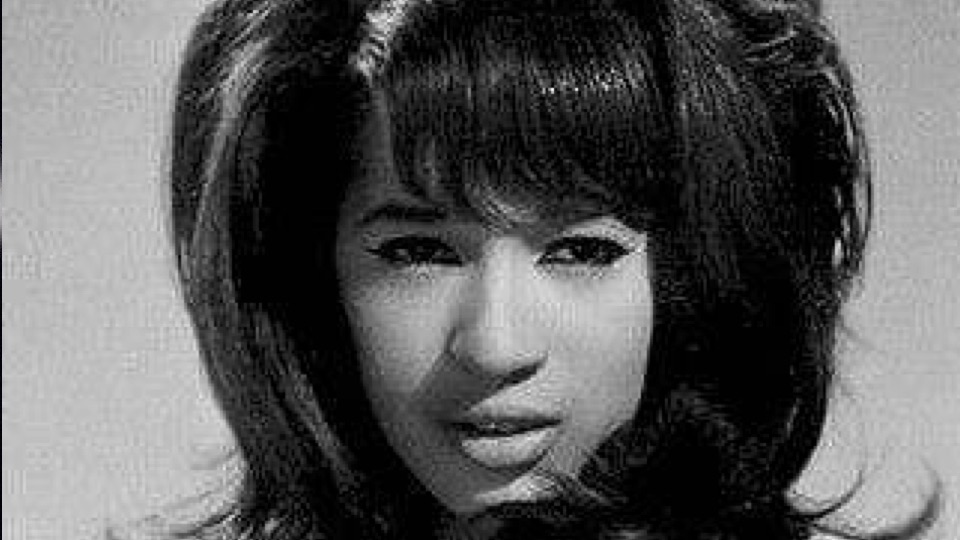 Born “Veronica Bennett” in Harlem, Ronnie Spector became one of the defining voices of 60s pop. Her future husband, Phil Spector, took the group she’d formed with her sister Estelle and cousin Nedra Talley, and turned them into the definitive “girl group” of the era. But “Wall of Sound” aside, it never would’ve happened without the raw talent and gritty street style (beehives and cat-eye makeup!) of Ronnie. No wonder Amy Winehouse admired her. Simply put, Ronnie Spector was cool as hell.

Her soulful vocals deepened any song she performed and she enjoyed a healthy career, both inside and outside of her ex-husband’s sphere. In memory of this one-of-a-kind talent, here are ten of the best Ronnie Spector performances.

Yes, it’s the dictionary definition of sugary pop. Yes, it seems to pop up on every film soundtrack set in the sixties.  But “Be My Baby” is also a supremely confident exhibition of the trio’s immense talents, and the song exudes the passion and panache that typifies The Ronettes’ material. Although the melody is ubiquitous, it’s nonetheless one that every singer – whether it’s John Lennon or Jody Miller- feels duty-bound to replicate.

“Walking In The Rain”

There was a period when The Beatles’ greatest competitors weren’t The Rolling Stones, but The Ronettes, a three-piece outfit with shimmering harmonies, soul-infused lyrics, and youthful gusto. Case in point, “Walking In The Rain,” a gentle reflection of love in a period of wet weather, topped off by Spector’s powerful performance.

“Try Some, Buy Some”

Given how much their paths overlapped in the 60s, it was only natural that a Beatle would write a hit for Spector. As it happens, “Try Some, Buy Some” is neither the product of John Lennon or Paul McCartney, but the work of George Harrison, a burgeoning songwriter who was carving an impressive niche for himself in the 70s. Strangely, Harrison used the same track for Living In The Material World two years later, although his dry vocal performance pales in comparison to Spector’s.

“You Mean So Much To Me”

Her star was dimming by the mid-70s, but Ronnie Spector still had a rep as a creative powerhouse. She found herself guesting on Southside’s  I Don’t Want to Go Home.  When she steps in, the album rocks up a notch — even if only for three minutes and forty seconds!

A high-water mark of late 70s pop, “It’s A Heartache” has emerged in recent years to demonstrate loneliness in a time of marital breakdown. The best-known rendition is Bonnie Tyler’s, but Spector does an admirable job, curating a vocal that might have been inspired by her separation with arranger extraordinaire, Phil Spector.

It’s the sound of a woman rushing into the 80s, bolstered by thundering drums and bearing a soaring vocal refrain guaranteed to appeal to fans of a punk persuasion, “Here Today, Gone Tomorrow” showed that the “nice” girl had an edge.

The early 80s proved tricky for artists in their forties; even the seemingly unimpeachable Paul McCartney was beginning to accept that his mightiest days were behind him. Then Graceland popped up, and suddenly it was cool to purchase sixties vinyl from the local record stores. Little wonder that many “long in the tooth” artists were re-emerging. “Take Me Home Tonight” – a galloping Eddie Money stormer – is worthy of her time, demonstrating a ghostly falsetto that recalls more carefree days.

Money gallantly returned the favor on Unfinished Business, a punchy record that was supposed to launch her back into the pool. It didn’t, but that wasn’t a reflection of the material, which was sprightly, introspective, and often melancholic in equal doses. “Who Can Sleep” did achieve a modicum of success and can still be heard on stations dedicated to nostalgia radio.

“She Talks To Rainbows”

A pastoral blues record of sorts, there’s a bleak romanticism to the work, especially as the singer begs listeners, “Don’t talk to me.” Recorded during the 90s, the song sounds like one Kurt Cobain might have penned for the vocalist had the stars aligned accordingly.

“How Can You Mend A Broken Heart”

Spector’s most recent effort, English Heart, captured many of the British singles that informed her solo sound. And although “How Can You Mend A Broken Heart” isn’t necessarily the Bee Gees’ best-loved offering, it’s malleable enough to let a singer put their own stamp on it. When Spector sings, she makes it entirely her own.

2 comments on “Ronnie Spector: Ten of Her Best Tracks”