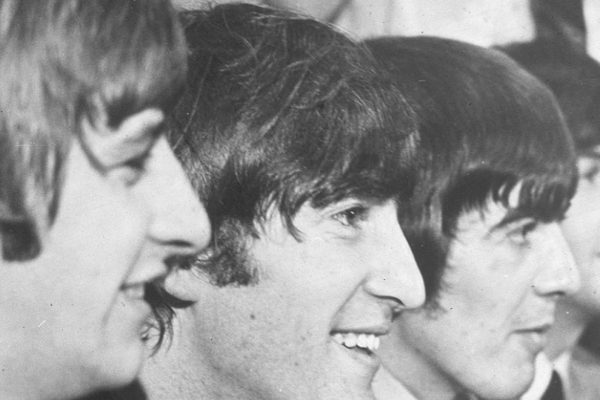 Fab Four fans have no shortage of summer reading. They can read biographies of the band as a whole or portraits of each Beatle individually. (Here’s a list of recommendations on that front.) They can even read a book about Jimmie Nicol, the drummer who subbed in for Ringo in 1964. (We’ve covered that too.) But the true Beatlemaniac will likely want to dip deep into the discography as well. A good place to start? John Kruth’s This Bird Has Flown: The Enduring Beauty of Rubber Soul, Fifty Years On. Kruth, who has also written on Roy Orbison (Rhapsody in Black) and Townes van Zandt (To Live’s To Fly), shared some of his insights on the Beatles’ seminal album with CultureSonar. Who knew that Rubber Soul was made for lovers?

Q: We recently asked a trio of Beatles experts which was their favorite Beatles album. One picked Rubber Soul. Then when we looked at the fans’ reactions on Facebook, Rubber Soul again landed in the top three. Having written a whole book on that LP’s importance, what would you say are the character traits of a person who’d call it their favorite?

A: For the most part Rubber Soul is about love. It’s almost a user’s guide on the subject! All forms of love is the thread that runs through almost all the lyrics — infatuation, lust, jealousy, rejection, loss and ultimately universal love in “The Word,” in which the Beatles move beyond songs about the girl/boy mating ritual to their real message — that love is the only thing that can save humanity — which made songs like “Within You and Without You” and “All You Need is Love” so important. So I’d say Rubber Soul is an album for lovers of all varieties.

Q: Do you have a favorite song on Rubber Soul? Or if not a favorite, do you feel that there is a song that is most representative of the album as a whole?

A: Probably “Norwegian Wood,” although I’m quite fond of “I’ve Just Seen a Face…” and “Girl.” There really is no single song that captures the spirit of Rubber Soul as the album is a Whitman’s Sampler of musical styles — leaping from “Blue-eyed” Soul as they used to call it, to John’s Dylan-influenced folk, to Ringo’s country-rock, Paul’s light jazz on “Michelle,” to the Zorba the Greek-style goat dance at the end of “Girl,” to George Harrison opening the door to the Indian cultural invasion of the West with his neophyte sitar noodling on “Norwegian Wood.”

Q: Is there anything you learned about Rubber Soul or the Beatles after publication that you would now include if they put out a new edition of your book next year?

A: Not to sound like a know-it-all or anything… but not really.

Q: It’s a tough question but we have to ask: John, Paul, George or Ringo?

A: First seeing The Beatles on Ed Sullivan, on the fateful night of February 9, 1964 — I’d have to say Ringo. I never saw anyone having that much fun before in my life. Growing up, going to art school, protesting Vietnam — it was John all the way. Becoming a multi-instrumentalist, songwriter, bandleader (I have 10 solo albums and 7 with my band TriBeCaStan) — Paul all the way for his musical, although rarely lyrical, genius and as a “mature” man, with interests in Eastern philosophy/religion and having played sitar nearly 10 years now — George. Probably the Dark Horse, as Harrison was called, in the long run — as his solo albums — All Things Must Pass and Brainwashed are my fave post-Fab smash hits.

Q: If you were going to pick another Beatles’ album on which to write a book, what might it be?

A: That would be between Revolver — which is arguably their greatest album, but Robert Rodriguez has already done it — and Magical Mystery Tour — mostly because “I Am The Walrus” is an unheralded masterpiece and I’m also quite fond of “Blue Jay Way.” But also the backstory of MMT is particularly attractive as Brian Epstein had died and Paul, who pushed the band into making a delightfully half-baked movie, which became the Beatles’ first artistic “bomb.” Following MMT — their sense of camaraderie was gone on White Album, Let It Be and Abbey Road.

Q: Are there any contemporary albums that you feel redefined music in a way akin to Rubber Soul?

A: Sure, plenty of iconic albums followed which changed the direction of music:

• Pet Sounds: The Beach Boys’ transcendental opus upped the ante with some of the most perfect pop songs with brilliant arrangements by Brian Wilson.
• Jimi Hendrix — Are you Experienced — completely blew the lid off what was possible in rock, although many imitated his style, no one stretched the vocabulary of the guitar like Hendrix.
• The Byrds with Gram Parsons – Sweetheart of the Rodeo – the birth of country rock.
• Sly and the Family Stone — There’s a Riot Goin’ On laid the foundation for a lot of funk to follow [and] might have been the first album to feature slap bass and drum machine.
• David Bowie — Ziggy Stardust & the Spiders from Mars — grabbing T. Rex’s producer, Tony Visconti, Bowie took glam rock to the next step. Mick Ronson’s crunchy power chords were the harbinger of punk.
• Mahavishnu Orchestra — The Inner Mounting Flame — John McLaughlin’s spiritual search revealed new unimagined levels of virtuosity. Close your eyes, listen and envision gods and goddesses floating down your stream of consciousness on a flaming lotus.
• Television — The debut album by Tom Verlaine and Co. For so many reasons — proto punk, incredible guitar solos, drumming and songwriting. Although it wasn’t “punk” per se, I think it was arguably the greatest album that came out of the CBGB/street music scene. I guess I’ll leave it there….

Q: Do you have any favorite covers of the songs on Rubber Soul and if so what are they?

A: At the end of every chapter in the book there is a section titled “Rubber Covers” that delves into the best, worst and most bizarre covers of these songs. Sufjan Steven’s take on “What Goes On” is quite interesting. Stevie Wonder’s “We Can Work It Out”… And Johnny Cash’s killing version of “In My Life.”

Interested to learn more? The Bird Has Flown was released by Backbeat Books in 2015 and is available both as a paperback and ebook.