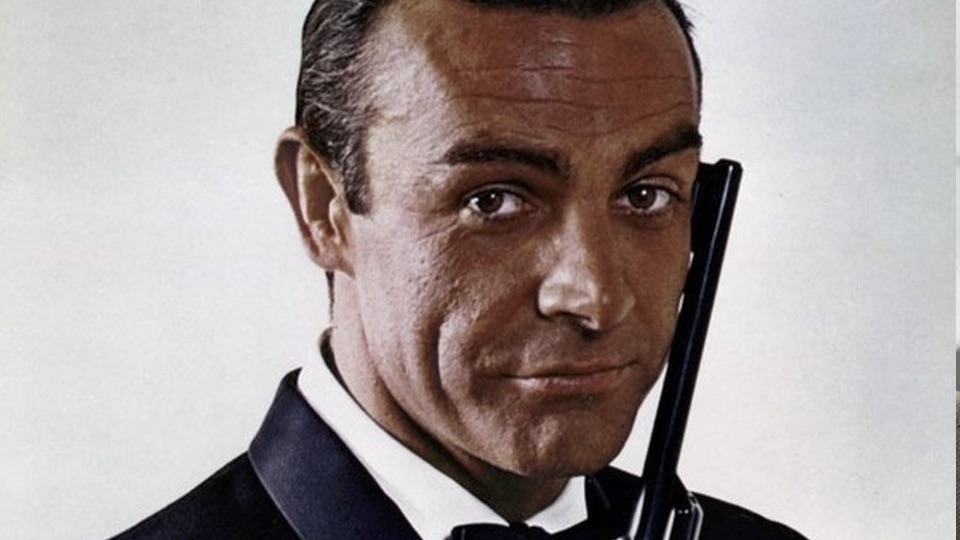 It’s a miserably rainy day in August 1972. I’m riding in the back seat of a Dodge Dart driven by my friend’s Mom to a theater well outside our Brooklyn neighborhood. For this “mission,” we are hiding warm, large bottles of supermarket soda purchased for 20 cents, cellophane bags of popcorn, and our choice of candy bars.

She will leave us at the cinema to experience a rite of passage for 3 preteen boys: we will spend approximately 6 hours watching a marathon of the 1st three Sean Connery uncut James Bond films: Dr. No, From Russia With Love, and the blockbuster Goldfinger.

With his passing on Halloween, it would be inappropriate to understate his place as a cultural icon, as well as one of — in my view — the “4 Pillars Of The British Invasion” of the early 1960s. This was led of course by The Beatles, along with Julie Andrews’ Mary Poppins, the fast career arc of Tom Jones, and Connery’s “007.” The fact that there was more than one made the entire family amenable to the cultural shift.

Under direct attack by the Nazis, Great Britain suffered hardships and destruction during the Second World War well beyond those seen on these shores. Aided by the Marshall Plan, England spent the 1950s rebuilding its economy and cultural institutions.

British teens embraced rock and roll via the records that made it from America into ports like Liverpool and Blackpool. As it is today, Hollywood had a great influence on the English-speaking world, with stars like Marlon Brando, James Dean, Marilyn Monroe, and Natalie Wood inspiring British youth.

In the background, John Lennon invited Paul McCartney to join his skiffle band at Woolton Parish Church. Walt Disney was in the midst of two decades spent pressing Helen Goff to allow him to make an animated feature using her children’s book about a benevolent governess, while a young “Julia Wells” was making a name for herself on London’s West End. “Thomas Woodward,” meanwhile, was fronting a rock and roll outfit in Wales when his baritone was heard and rejected by an agent with Decca.

In the Scottish city of Edinburgh, bodybuilder Tommy Connery, following a medical discharge from the Royal Navy, toiled as an artists’ model and novice actor.

With the onset of the Kennedy Administration and the upcoming 1964-65 New York World’s Fair, America was ready to look outside after the insular decade of the 1950s. The Beatles were honing their craft in the clubs of Hamburg and Liverpool, Julia Wells, now known as “Julie Andrews,” was becoming renowned as an actress and singer, Thomas Woodward’s name was changed to “Jones” in honor of his maternal grandfather, as well as to exploit the name of the Best Picture of 1964.

No one could really know that the selection of an obscure Scottish actor as the title character of Ian Fleming’s racy series of spy thrillers, especially with the 1963 releases of the hokey Dr. No, and far superior From Russia, With Love (IMHO, the best, and “truest” Bond, with its Cold War theme, and minimal reliance on gadgets) would have such an impact.

Related: “Would The World Be Better Without James Bond?”

The “Big Bang” came to these shores on February 9, 1964, when The Beatles appeared on Ed Sullivan. Split across 4 record labels, they held the Top 5 spots on Billboard on April 4, 1964.

This was followed by movies. A Hard Day’s Night was released on July 4th. August saw Mary Poppins released, for which Julie Andrews won Best Actress in the title role. As 1965 began, Tom Jones’ recording of “It’s Not Unusual” catapulted him to stardom in the U.S., including his ABC variety show.

And to massive global press coverage, the quintessential Bond flick, Goldfinger was released as 1965 dawned. With great critical acclaim, the film made Sean Connery an international star. The “cheeky” wit, the snark, the tuxes casino games, and vodka martinis. The marketing was superior, with the legendary Aston Martin, the iconic grey suit, the golden girl, and all the products that hit toy stores such as Bond weapons, “Odd Job’s” bowler, and model cars. Then there were all of the spinoffs and tributes, from the serious: The Man From U.N.C.L.E., Secret Agent, The Prisoner, The Avengers, Mission Impossible; to the campy Casino Royale starring David Niven, and Get Smart!

But beneath it all, there was Sean Connery essentially playing himself. He formed a character that for better or worse, would help shape a generation, their Cary Grant if you will. His wit, physical strength, speech, and strong personality would shape the role in a way no other actor could. He would play Bond only four more times after Goldfinger, citing his age (ironically, Roger Moore was older), the physical strain of the role, as well as financial matters, (as evidenced by the unfortunate Never Say Never Again in 1983).

So today, let us raise a Talisker, or a vodka martini, (shaken, not stirred) to Dr. Henry Jones, Officer Jimmy Malone, Captain Marko Ramius, and the one and only Agent 007, Sir Thomas Sean Connery.

2 comments on “Sean Connery and The British Invasion”