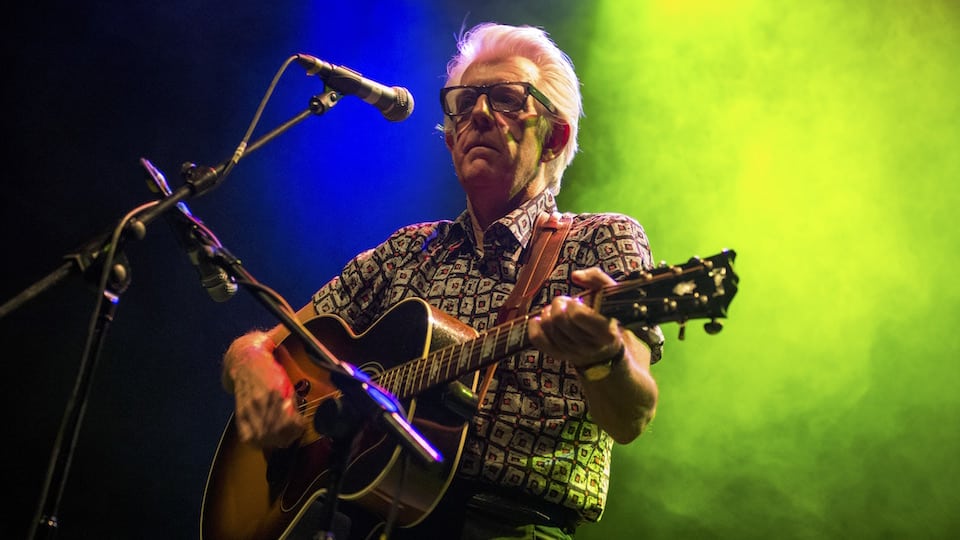 If lyrics were knives, hospitals would’ve been filled with rockers who were admitted for cutting words inflicted from fellow musicians and often, fellow bandmates. And for Paul McCartney, an old pain still lingers as if it were yesterday thanks to John Lennon disparaging his ex-partner’s songwriting skills in “How Do you Sleep?”:

“The only thing you done was yesterday/And since you’ve gone you’re just another day.”

McCartney recently admitted that the song did strike a wrong chord with him:

“John does this famous song, ‘How Do You Sleep?’ and he’s going, ‘All you ever did was ‘Yesterday.’ And I’m going, ‘No, man.’ But then you hear the stories from various angles and apparently people who were in the room when John was writing that, he was getting suggestions for the lyrics off Allan Klein [the Beatles’ shady manager whom Paul never wanted to employ]. So, you see the atmosphere of ‘Let’s get Paul. Let’s nail him in a song…’ And those things were pretty hurtful.”

It was Paul’s “Too Many People” lyrics that triggered John to poison-pen this answer song. Paul admitted:

“John had been doing a lot of preaching, and it got up my nose a little bit. In one song, I wrote, ‘Too many people preaching practices,’ I think is the line. I mean, that was a little dig at John and Yoko. There wasn’t anything else on it that was about them. Oh, there was ‘You took your lucky break and broke it in two.’”

But the bottom line for the ex-Beatles was that intra-band conflict was great for their financial bottom line. At least the Liverpudlians’ lyrics were inspired by shenanigans that happened in a board room and not in a bedroom, as was the case of John Phillips’ and Denny Doherty’s song “I Saw Her Again.” The hit Mamas and Papas’ 1966 tune tells of Doherty’s affair with John’s wife, Michelle, which contributed to her being temporarily kicked out of the band. In the song, John cruelly admits he’s stringing her along and that:

“And it makes me feel so good to know/She’ll never leave me.”

But three years later, Michelle did up and leave as the couple divorced.

Then there are songs’ that leave a bad taste in other musician’s mouths—and ears. This includes “Never Gonna Give You Up,” a song that Nick Lowe criticized in 1990’s “All Men are Liars:”

“Do you remember Rick Astley?/He made a big fat hit that was ghastly.”

A regretful Nick Lowe admitted in 2009: “I’m sure Rick’s ever such a nice bloke and bear him no ill-will. I really do feel bad whenever I sing the line!”

“My own song ‘Alabama’ richly deserved the shot Lynyrd Skynyrd gave me with their great record. I don’t like my words when I listen to it. They are accusatory and condescending.”

Of course, lyrical put-downs back in the day are mild compared with some of today’s musicians threatening to mow down their competition with beat downs, pistol whippings, and drive-by’s.

But not one has implored that another songsmith die by electric chair, as Mojo Nixon desired in his 1990 ditty “Don Henley Must Die:”

“Don Henley must die/Put him in the electric chair/ Watch him fry!”

It was Mojo himself who nearly died of shock when on July 31st, 1992 at the Austin club “The Hole,” a drunk Henley staggered on stage and helped Mojo sing the chorus:

“Don Henley must die/Don’t let him get back together with Glenn Frey!”

Mojo later said, “I was surprised he was so magnanimous and that he didn’t punch me. That stage is so tiny, he could have knocked me out at any moment.”

Unfortunately, Mojo has retired from performing so the chances of Debbie Gibson sharing a microphone with him on his song, “Debbie Gibson is Pregnant with My Two-Headed Love Child,” remains slim.