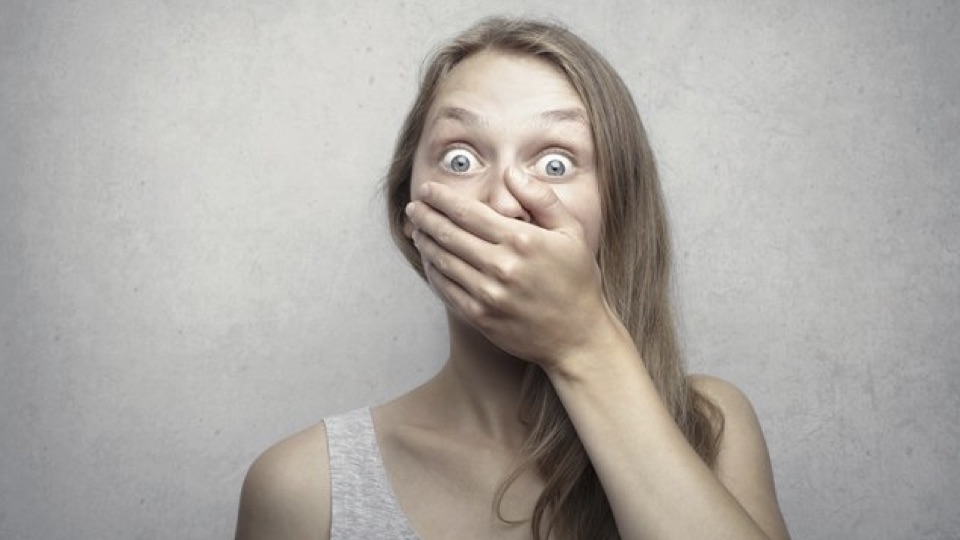 I remember walking out of the theater after seeing The Usual Suspects thinking I would never be able to enjoy that movie again knowing who “Keyser Soze” was. There are a handful of films where the secret or “twist” at the end grabs you. The Crying Game, Chinatown, The Sixth Sense, even learning Darth Vader was Luke’s father in The Empire Strikes Back blew my mind (relax, it’s not a spoiler; even my mother knows who Luke’s father is and she thinks “Jabba” is a whale at Sea World).

The same can be said for rock songs. There are a few you listen to and know exactly where it’s headed. You don’t need to be a detective to know what’s going to happen to the son in Harry Chapin’s “Cat’s in the Cradle.” He keeps singing it throughout the song,

Then there are those songs that have been completely misunderstood. For example, The Police’s “Every Breath You Take” has been played at countless weddings. But the truth is (and Sting has admitted such) that it’s a song about obsession and jealousy.

Then there are songs with an ending no one saw coming (well, at first. We’re all pretty familiar with these by now, but remember your first listen?). Let’s start with a common one. “Lola” by the Kinks begins as any budding romance might:

She walked up to me and she asked me to dance/ I asked her her name and in a dark brown voice she said, “Lola”

As the romance continues, there are clues that it’s not headed where you think. Lola squeezes him too tight; she walks like a woman but talks like a man. Finally, the singer announces it clearly, in case there’s any confusion:

The song was written by Ray Davies who claims it was a true incident that happened to their manager. Whether true or not, the song hit #9 on the Billboard 100 in 1970. Some radio stations would fade out the end of the song before it was revealed that Lola was a man, but the bigger problem the Kinks had was that the original recording stated they “drank Coca-Cola.” Since this was considered product placement by the BBC, Ray re-recorded the line as “cherry cola” for the single release.

In 1977, Meat Loaf released “Paradise by the Dashboard Light.” Written by Jim Steinman, the track clocked in at over 8 minutes and hit #39. It begins as an innocent tale of love, parking by the lake with a beautiful girl. It’s clear the protagonist has sex on his mind.

As he thinks it’s about to happen (done through a genius play-by-play by the great sportscaster Phil Rizzuto), she tells him to stop and asks if he loves her. He begs her to let him “sleep on it.” She insists that if this is going to happen he needs to love her forever and never leave her. He, of course, agrees and swears that he’ll love her ’til the end of time. Up to this point, it’s been standard teenage expectations. And then the twist kicks in. After having sex, instead of living happily ever after, he says:

Cause if I gotta spend another minute with you/ I don’t think that I can really survive.

He won’t break his promise, but so much for true love “ever after.” Steinman had stated that he wanted to write “the ultimate car/sex song in which everything goes horribly wrong in the end.” Mission accomplished.

There were much bigger songs in Led Zeppelin’s catalog, but it was “Fool in the Rain,” the last single they would release before disbanding in 1980, that pulls a twist. Robert Plant sings about being in love as he waits on a rainy street for the girl.

However, she isn’t showing up.

Another ten minutes no longer
And then I’m turning around, ’round

He’s beginning to worry; he has such an intense desire for her, so why won’t she reciprocate? Then it dawns on him:

I’m just a fool waiting on the wrong block

In 2000, Eminem gave us a look at an obsessed fan. On first listen, you don’t know how it will end but you also know it won’t be pretty. “Stan” was the third single off The Marshall Mathers LP and featured Dido singing the chorus. It starts innocently enough as Stan writes a letter to Eminem (Slim Shady) telling him how he’s his biggest fan and how alike they are:

As the song progresses, Stan gets angrier and angrier at Slim for not responding. He begins to spiral out of control, blaming it all on Slim. Eventually, while he’s driving drunk (with his girlfriend in the trunk of the car), he makes a tape to send to Slim.

I love you Slim, we coulda been together, think about it

You ruined it now, I hope you can’t sleep and you dream about it

He ends the tape by saying he’s almost at the bridge. The fourth verse is Eminem responding and apologizing for not getting back to Stan. He tells Stan he probably needs some counseling and he should treat his girlfriend better. Then Eminem reveals the ending. He pleads with Stan not to do some “Crazy shit” like the story he saw on the news about a drunk guy who drove his car off the bridge with his pregnant girlfriend in the trunk. As Eminem is writing this part he says how the guy on the bridge had the same name as Stan, and then it dawns on Eminem what had happened. It’s a twisty, Twilight Zone ending to a great hip hop song.

Photo by Andrea Piacquadio from Pexels

4 comments on “Some Twisted (And Sorta Fun) Musical “Surprises””