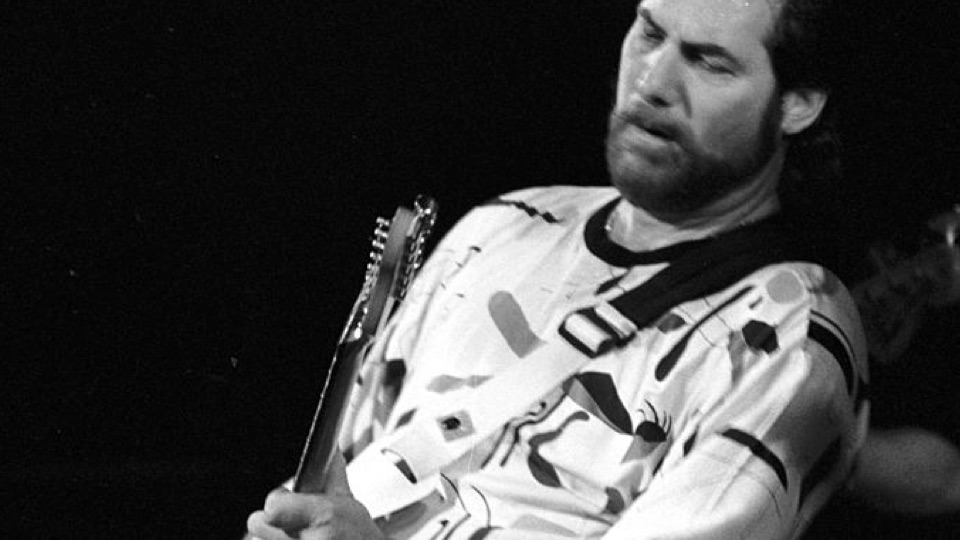 Steve Cropper’s writing, producing, and guitar playing credits could fill the back of the 120’ teletype paper scroll that Jack Kerouac used to type On the Road.  A small sampling of bold-faced names that Steve has worked with includes Dylan, Lennon, Ringo, the Blues Brothers, John Prine, Felix Cavaliere (The Rascals), John Mellencamp, Neil Young, and Rod Stewart. Keith Richards was once asked about Cropper’s playing to which he simply replied: “Perfect, man.”  Steve’s temporary co-workers were all enamored at his minimalist, “less is more” guitar and producing chops.

Well, not everyone remained a not-so-secret admirer.

Cropper admitted that Jeff Beck wasn’t thrilled with the results of his producing efforts on the Jeff Beck Group album. Steve reflected: “When asked in an interview, ‘When are you going to make another Memphis record?’ Beck said, ‘Never.’ So there you go.”

Even the Beatles were thinking of recording with Steve at his Stax Studios workplace.  Steve remembered: “They were definitely interested but what happened was Brian (Epstein) came without them to Memphis to check things out and he felt security wouldn’t be good enough so I never did get to work with the Beatles.  After I heard Revolver, I said, ‘I’m sure glad I didn’t have anything to do with producing it, because I’d have changed it and probably for the worse.”  Steve did wind up working with Lennon (who called Steve’s old group, Booker T. and the MG’s, “Book a Table and the Maître d’s”) on his Rock ’n’ Roll album.

Then again, English rockers back in the day wouldn’t have given a farthing to visit Memphis had Steve not played on and/or co-wrote a long string of R&B hits including Otis Redding’s “Sitting on the Dock of the Bay,” Sam and Dave’s “Soul Man,” Wilson Pickett’s “In the Midnight Hour” and Eddie Floyd’s “Knock on Wood;” its intro being the intro of “In the Midnight Hour” played backward.

But long before Cropper and Floyd wrote Pickett’s smash “634-5789 (Soulsville U.S.A.)” in the Lorraine Hotel (where Martin Luther King Jr. was assassinated), Steve was trying to write a one-way ticket out of his hometown of Willow Springs, Missouri.  The “Show Me State” had shown Steve more than enough; as he noted: “I call it ‘misery’ because I grew up on a farm.”  He escaped a life of “filling up a big old gunny sack with beans for a nickel” for a life in music, making his way with his family to Memphis where he played in a band with saxophonist Charles “Packy” Axton.

Packy hooked him up with a high-powered executive who half-owned a record company—and who happened to be Packy’s mother, Estelle Axton.  Axton was the “–ax” in Stax Records while her brother Jim Stewart was the “St–”.  Before too long, Steve went from working in Stax’s record store to recording groundbreaking records for the label.

At a 1962 session, Cropper, then 20, 17-year-old organist Booker T. Jones, bassist Lewie Steinberg, and drummer Al Jackson were assembled to back up Billy Lee Riley (“Red Hot”) who never showed up, leaving the musicians to loosely jam.  The result was a tight #3 instrumental hit called “Green Onions.”

No word if Cropper sent Riley a thank you note for his disappearing act.  But Cropper undoubtedly thanked his lucky stars for meeting Otis Redding.  As Steve succinctly said, “If you took a little of Sam Cooke and a little of Little Richard and poured it in a jar and shook it up and poured it out you would get Otis Redding.  Otis did more to change my sound than anybody.  He made me think and play a lot simpler so that different notes would really count dramatically.  Otis sang every song like it was the last song he was ever going to sing.”

And Cropper knows of what he speaks, as he played and co-wrote with Otis on the eleven incredible albums Redding churned out.

After Redding’s premature death, Cropper mixed the last song Otis ever recorded, the legendary “Sitting on the Dock of the Bay” which featured Redding’s melodic (and iconic) whistling.

Cropper would have to live a thousand lives to live off each of his laurels—which included being in the comic strip Doonesbury.  At the age of 80, he’s recently released the funky Fire it Up (with Felix Cavaliere’s help), his first solo album since 1969 and also tends to his website, PlayitSteve.com

Perhaps one day, Steve will star in a one-man show called Say it Steve! where he can spin musical yarns such as how he got his friend, organist Bobby Whitlock, into Eric Clapton’s Derek and the Dominoes: “Bobby had just left Delaney and Bonnie.  I said, ‘Call Eric and just see what he’s up to. Just ask him if you can visit for a couple days.’  Bobby said he didn’t have any money, and I said, ‘Don’t worry about that.  Just call him.’  So Bobby called and told him, ‘Hey, I just left Delaney & Bonnie, ’cause they’re driving me nuts and I have to get out of here.’ And Eric said, ‘Why don’t you come on over?’ And Bobby called me back, and I told him, ‘I’ll have a plane ticket for you tomorrow.’”

4 comments on “Steve Cropper: The Cream of the Crop”