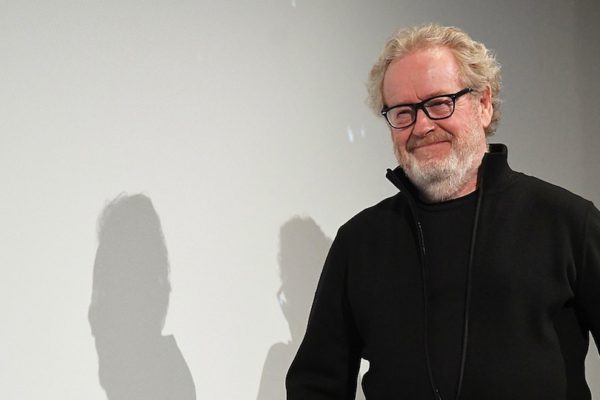 Retiring at 62? Or at 67 for that matter? Not these movie directors. Defying expectations – not to mention outliving the 78.6 years that the National Center for Health Statistics has deemed the current life expectancy, these five hyper-productive filmmakers are giving the proverbial middle finger to the old Shakespearean notion of a “second childhood” by staying relevant, active, and ambitious well into their eighth decade. Is 80 the new 40? You’d certainly think so by looking at these five auteurs who are living proof that your best work may be always ahead of you, no matter how old you are.

Okay, he just turned 80 last year but look at the film he released shortly after that landmark birthday: All the Money in the World. His last-minute rescuing of that movie from the #metoo scrapheap by editing out Kevin Spacey and editing in Christopher Plummer was not only a stroke of genius but adhered to a tight production schedule that would have exhausted most of his juniors. With an untitled sequel to Alien: Covenant currently slated for 2019, this man shows no signs of slowing down in the decade ahead.

No one should be surprised that this French rabble-rouser is still making movies. He’s been breaking rules since his feature debut Breathless in 1960. Why should he stop now — even if it is over a half a century later! Since 2010 alone, he’s produced a healthy of body of new work spanning from the drama Film socialism to the short bio pic Tribute to Eric Rohmer to the surreal Goodbye to Language. Once an experimenter, always an experimenter, as they say.

His first film as a director — the twisted thriller Play Misty for Me — came out when he was in his forties. His first Oscar as a director – for Unforgiven – was awarded when he was in his sixties. And while he’s not quite as prolific as he was in his seventies, the Hollywood legend is hardly a slouch in his eighties having made Jersey Boys, American Sniper, and Sully all within the last five years. Next up? The 15:17 to Paris slated to open later this year.

Last year marked the 50th anniversary of Wiseman’s unforgettable documentary Titticut Follies but rather than rest on his laurels by focusing on commemorative screenings, Wiseman was releasing a new doc: Ex Libris: The New York Public Library which the Village Voice touted as a “humane epic” and Sight and Sound described as both “magisterial” and “characteristically ambitious yet surprisingly brisk.” That’s nice praise to receive at any age.

She’s receiving an honorary Academy Award this year and about time too. The 89-year-old director has been worthy of the industry’s top honors for decades now thanks to film like Vagabond, Cleo from 5 to 7, and The Beaches of Agnes. And her current output is no less laudatory: Her latest — Faces, Places — was deemed the Best Documentary of 2017 by the Boston Online Film Critics Association, Los Angeles Film Critics Association. San Francisco Film Critics Circle, and the Seattle Film Critics to name a few. Who knows what she’ll do in her nineties!

PS. The Japanese director Hayao Miyazaki, who’s now in his seventies, has come out retirement six times so far! Here’s a list of essential Miyazaki films.

1 comment on “Still at It: 5 Movie Directors in Their Eighties”