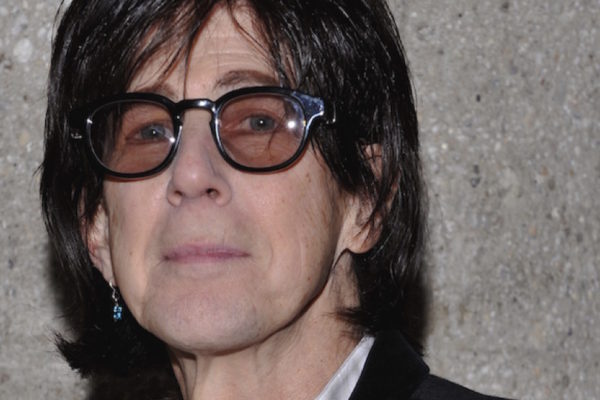 The third time was the charm for The Cars, as this year’s nomination put them over the top and into the Rock and Roll Hall of Fame. The quintet comprised of Ric Ocasek, Benjamin Orr, Elliot Easton, Greg Hawkes and David Robinson emerged in the latter half of the ‘70s with hits that blended the spiky precision of New Wave, the sugar-rush choruses of power pop, and Ocasek’s refreshingly unsentimental songwriting chops. The band managed a decade-long run of unforgettable singles that still have legs today, but you need to dig into their studio albums to find the gems listed here.

1. “All Mixed Up” (1978)
The Cars self-titled debut album is filled with tracks that most classic rock or [amazon template=right aligned image&asin=B017V1QMOI]New Wave fans know by heart; even several songs that weren’t released as singles found a way to crack the culture (as anyone who’s ever seen Phoebe Cates famed diving board scene in Fast Times at Ridgemont High set to “Moving In Stereo” could attest.) This album-closing track hasn’t received much exposure, however, perhaps because it was a moody ballad not meant for mass consumption. It’s an early example of Ocasek’s ability to dig deep with a slow one and Orr’s naturally empathetic vocals.

2. “Double Life” (1979)
The second album is usually a little darker, and Candy-O certainly filled that bill in relation to The Cars. This song was released as a single but was maybe too jaded for the pop charts. The musical hooks are certainly there, accentuated by one of Easton’s just-right guitar solos. But Ocasek’s lyrics betray the fact that even living the fast life comes with undercurrents of melancholy. The walled backing vocals, a Cars trademark, add the perfect finishing touch.

3. “Lust For Kicks” (1979)
Hawkes’ inventive keyboard touches were always a big part of The Cars’ musical persona. Here he makes magic with a sound somewhere between a Farfisa organ and a toy Casio. It carries along Ocasek’s stinging character sketch of a couple united in material goods and irresponsible behavior. When he sings, “He’s just a hit parader,” you can’t help but wonder if there was any autobiography in this tale. In any case, it’s relentlessly catchy and strikingly perceptive.

4. “Gimme Some Slack” (1980)
Panorama is, in many ways, The Cars great lost album. The singles didn’t land, even though lead track “Touch and Go” is one of their greatest achievements, and the album was labelled as experimental, which was somewhat off-base. They may have been branching out, as on this heavier rocker, but all of the audio pleasures were still intact. “Gimme Some Slack” rides high on some tough guitars and Robinson’s peppery beat, providing a muscular backdrop for Ocasek to muse on Fellini and Euripides as he surveys the landscape with surrealistic wariness.

5. “Up And Down” (1980)
The closing track off Panorama manages to tick all the boxes. Fierce rock, Devo-esque New Wave, and sprightly pop are all tackled in the song’s three minutes span, but it never feels disjointed. Ocasek makes pleas to a lover with whom he’s hopelessly obsessed. Although he claims he wants stability and that he doesn’t want to go “Up And Down,” the forward assault of the music suggests that he won’t abate his pursuit of her anytime soon.

6. “I’m Not The One” (1981)
Shake It Up is a lesser album than Panorama but gets more attention because of the unassailable singles (“Shake It Up” and “Since You’re Gone”) that led the way. The band seemed to be spinning its wheels a bit, as their relationship with producer Roy Thomas Baker likely stagnated somewhat. But this beauty, marked by Hawkes’ evocative army of keyboards, the vocal interplay, and Ocasek’s wounded words, seems like a winning test run for the monster ballad “Drive” that would come a few years down the road.

7. “Victim of Love” (1981)
Ocasek’s lyrics could tend to the obscure and impenetrable at times, but on this track from Shake It Up, he scores more of a direct hit as he warns the listener of a wily man-eater. There may be a bit of a rehash of past musical glories here — “My Best Friend’s Girl,” in particular, with the chirpy keys and handclaps, the hiccup in Ocasek’s vocal, and subject matter — but the formula is so winning that we can forgive the band for going back to the well for this one.

8. “Heartbeat City” (1984)
Mutt Lange proved to be the perfect guy to take over as the new producer for The Cars. He helped make every hook just a little bigger on Heartbeat City, and the result was the band’s biggest album ever. Four Top 20 singles emanated from the album, but the title track, which closes out the record in haunting fashion, is relatively obscure. The moody synths are deployed in just the right fashion to accentuate Ocasek’s bittersweet tale of a depressing environment and the girl who stops too infrequently to make it palatable.

9. “Leave or Stay” (1987)
By the time The Cars got around to following up Heartbeat City with Door to Door in 1987, the musical scene had shifted drastically. And, quite frankly, they seemed to be running in place on the album. Maybe the well had just dried up, but there were still a couple hints of the old glory, especially on this wonderfully quirky opening track about a memorable one-night stand that may or may not have been consummated. A circus-like queasiness in the music compliments Ocasek’s dry observations: “She changed into her silk / I stood there drinking milk.”

10. “Too Late” (2011)
Orr’s death in 2000 effectively ended hopes of a proper Cars reunion, but the remaining four members got together for 2011’s Move Like This and proved that they could still effectively capture their familiar sound. Some songs were maybe too blatantly derivative of old glories at times, and Orr’s warm presence on vocals to leaven Ocasek’s ironic side was clearly missed. But this track, a love song as only Ocasek could write, what with its wry worldview and unexpected wordplay, finds The Cars’ unique musical shimmer intact.

PS.  The Cars left their fingerprints on a more recent pop hit.  And we look at another great 80s group.