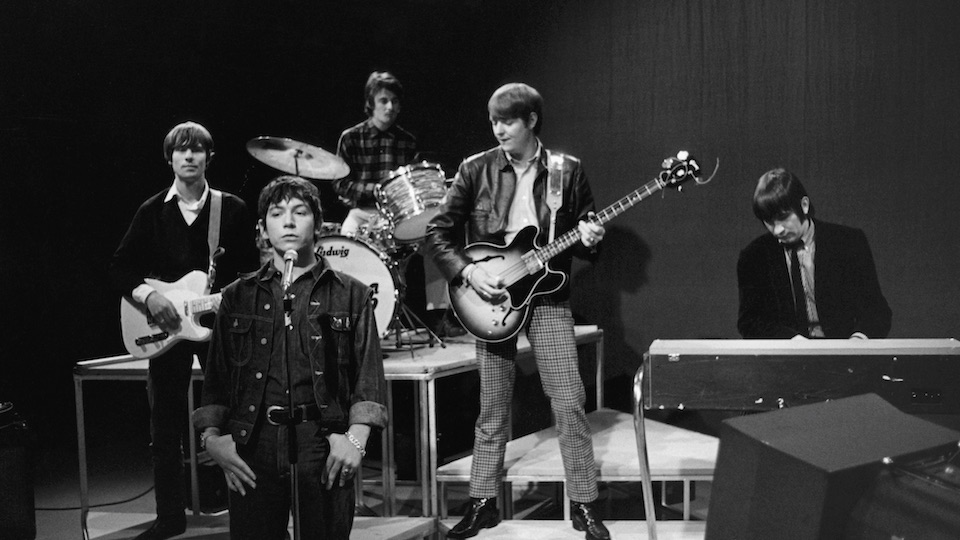 Hailing from Newcastle, The Animals were part of the British Invasion of the 1960s, playing a unique brand of pop incorporating blues, rock and folk. Altogether, it made for a rich sound, dominated by Eric Burdon’s powerhouse vocals yet ably completed by guitarist Hilton Valentine, drummer John Steel, bassist Chas Chandler, and especially keyboardist Alan Price. Add to the mix the production of absurdly-named British hit-maker Mickie Most, and you end up with a one-of-a-kind blend of pop and roots music that’s still got staying power: Here are ten of the most powerful songs from their discography in chronological order because it was just too hard to compare their various styles.

This is one of the most indelible songs from the British Invasion as arpeggio chords, Price’s electrifying organ solo, and of course, Burdon’s commanding vocals all contribute to a near-perfect performance. By the time the band drives the last verse home, you feel as though you’ve actually lived through the bluesy lyrical tale on the wages of sin.

Just as The Rolling Stones introduced a generation of middle class teens to Muddy Waters, the Animals got them acquainted with John Lee Hooker via this rave-up of a blues classic. Once again, The Animals pull no punches: a showcase of Burdon and Price as much as any of the band’s tunes.

Given the tune was originally done by Nina Simone, you have to admire The Animals’ chutzpah for taking it on. Simone herself disliked their cover (which proved a hit on both sides of the pond) but we’re guessing she probably preferred it to the disco version done by Santa Esmeralda in the 1970s.

When Price left the group, Most hooked the band up with husband-wife songwriting team Cynthia Weil and Barry Mann who provided this gritty tune about social mobility. You probably know the almost-industrial sounding take which highlights Chandler’s bass and drummer John Steel’s cymbals but ABKCO’s The Best of the Animals includes the British single version which has an even rawer sound.

“It’s My Life” is another song about a breakup but instead of the singer bemoaning rejection, he’s actually crying out for independence. In 1977, Bruce Springsteen performed an extended version of this with a dramatic spoken intro that reflected on his strained relationship with his Dad during Bruce’s teen years.

This traditional folk song was transformed into hard rock version which only heightened its description of a prisoner longing for his woman’s love. Grand Funk Railroad covered the track in 1969 then changing the object of adoration to weed — “be my reaper” became “be my reefer” — but this earlier take is what gets us high.

A ballad with the band’s signature hard edge, this number is written by the legendary team of Carole King and Gerry Goffin. The song is the last hit by the core of the original band since Chandler left after to manage Jimi Hendrix. A snarling Tom Petty and the Heartbreakers played this often in concert. Is there a finer compliment?

“When I Was Young” begins a new phase for The Animals as only Burdon remained from the original lineup and stepped into co-writing duties, this being the first of a string of hits by the eternal frontman. Though it does have a different sound than the original band, the track retains the power and drama then adds distorted guitar and electric violin.

This song pays tribute to the 1967 Monterey Pop Festival of the same name and features stylistic shout-outs to various performers including the Jefferson Airplane, Hugh Masekela, and Hendrix. At the end, Burdon sings, “if you want to find the truth in life, don’t pass music by!” And we agree.

Clocking in at 7 minutes and 27 seconds, “Sky Pilot” is a huge production off the 1968 album The Twain Shall Meet which curiously splits up the single on sides A and B. An anti-war anthem about an army chaplain blessing the troops before battle, “Sky Pilot” features military sound effects, bagpipes, Claptonesque guitar work and a baroque interlude that somehow works as a strong statement on the perils of war.

2 comments on “Can’t Bring Us Down: The Animals Top 10 Songs”