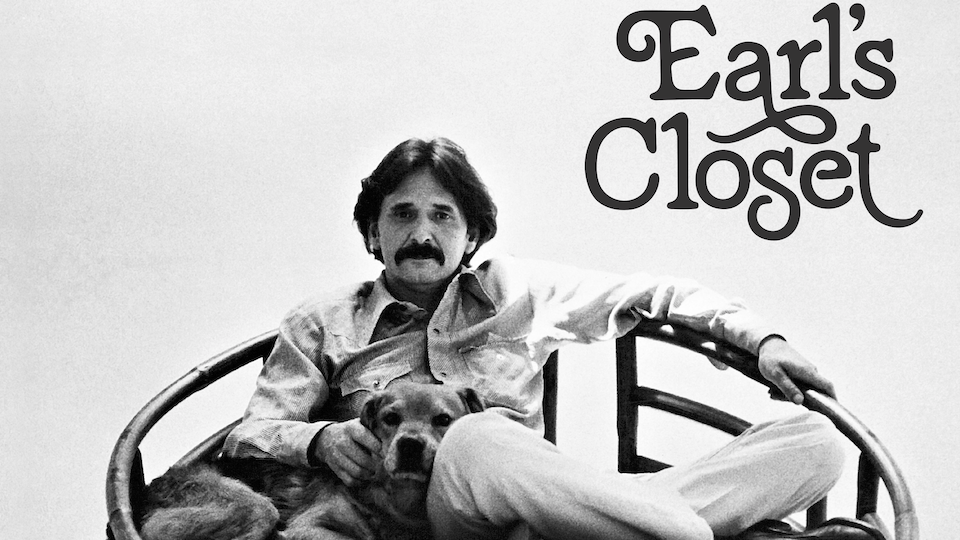 You’ve probably heard of music industry movers and shakers like David Geffen, Berry Gordy, Jimmy Iovine, and Rick Rubin. What about Earl McGrath? He hung out with folks like Mick Jagger, Andy Warhol, Joan Didion, and Harrison Ford. McGrath was a much-beloved figure in rock and roll and social circles throughout the 1970s and 80s. The parties he and his wife Camilla held at their homes in New York and Los Angeles were legendary and featured an eclectic mix of rockers, artists, and jet setters, including Annie Leibovitz, Eric Clapton, Jack Nicholson, and Michelle Phillips. McGrath helped kickstart the trajectory of artists such as Hall and Oates, but most people outside of the music and art worlds don’t know much about him.

The Wisconsin-born McGrath left home at the age of 14, escaping a troubled home life. He drifted through a series of odd jobs and later joined the merchant marine. Spending time in New York and California, the well-read and culturally aware McGrath ended up befriending writer W.H. Auden and rubbed elbows with the likes of Henry Miller, Aldous Huxley, and Leonard Bernstein. He landed a gig helping an RCA Records executive organize a music festival in Italy, where he fell for an aristocrat named Camilla Pecci-Blunt, who later became his wife. McGrath eventually met Ahmet Ertegun of Atlantic Records, who was impressed by his quick wit and irreverent sense of humor when they crossed paths at a party.

Ertegun hired McGrath as a vice president at Atlantic and offered to help him set up a subsidiary label there. The other backer for the project was Robert Stigwood, the impresario who helped The Bee Gees gain international success. The label was christened Clean Records. Its motto? “Everybody’s entitled to a clean record.” The label only existed for a short time, but McGrath fully embraced the high-flying life of a record executive and helped several artists get their start, including Jim Carroll. He was instrumental in getting The Rolling Stones signed to Atlantic. McGrath later became president of Rolling Stones Records for several years, signing Peter Tosh to the label during his tenure there.

McGrath was a charismatic, charming raconteur whose larger-than-life personality endeared him to a diverse circle of friends in the worlds of music, art, and film. He passed away in 2016, but that’s not the end of his story. While writer Joe Hagan was working on Sticky Fingers, his biography of Jann Wenner, he was at McGrath’s apartment, going through some photos taken by McGrath’s wife, Camilla. He discovered a large number of reel-to-reel tapes in a closet. Among these tapes were early recordings from Delbert McClinton, Hall and Oates, and Jim Carroll, as well as under-the-radar artists like Paul Potash and Jabor. Hagan acquired the tapes and spent many hours sifting through this musical treasure trove. The result is an extraordinary release, Earl’s Closet: The Lost Archive of Earl McGrath 1970-1980, which is available from Light In The Attic Records.

The broad range of selections on the album amply displays McGrath’s eclectic musical taste. Things kick off with “Two More Bottles of Wine,” a country-esque tune from Delbert and Glen (Delbert McClinton and Glen Clark), which was later covered by Emmylou Harris. There are also terrific songs like the edgy “Tension” from The Jim Carroll Band and the slinky “Funky But Chic,” by David Johansen of New York Dolls fame. If you’re a Hall & Oates fan, you’ll be delighted to hear a pair of early songs from the duo, “Dry In The Sun,” and “Baby Come Closer,” which offer a hint of the soulful hits that would later make them superstars, but are also influenced by the sound of artists like The Band.

Some of the most compelling tracks on Earl’s Closet come from the more obscure acts included, including “Oh La La,” a harmony-infused number from Shadow and “Christopher,” a 1970s pop/rock nugget from Michael McCarty, the stepson of B-movie legend Ed Wood. You can dig the Neil Young vibe of “Killer,” by Country (aka Michael Fondiler and Tom Snow), and the humorous “Gonna California” by Terry Allen. There’s also a healthy dose of R&B, including the groovy, Latin-hued “Invisible Lady,” by Johnny Angel (Johnny Angelino of The Amboy Dukes), a soulful cover of “Where Have All The Flowers Gone?” by Blood Brothers Six, and the marvelously funky “Just Look-ah What You’ll Be Missing” by saxophonist-singer Norma Jean Bell, an artist who later jammed with everyone from Frank Zappa to Chic.

Earl’s Closet: The Lost Archive of Earl McGrath 1970-1980 is a must listen, and a fitting celebration of Earl’s life. You’ll discover many could have been classics, lost hits, and hidden gems among its 22 tracks, from the rocking soul of Mark Rodney’s Crosby, Stills, and Nash styled “California” to the lovely 1960s folk-themed “Only Yourself To Lose,” by the Kazoo Singers. The insightful liner notes by album curator Joe Hagan are essential reading, and together with the music, paint a fascinating portrait of McGrath, a bon vivant with a keen sense of artistic savvy and a self-deprecating sense of humor.

0 comments on “The Hidden Gems in “Earl’s Closet””