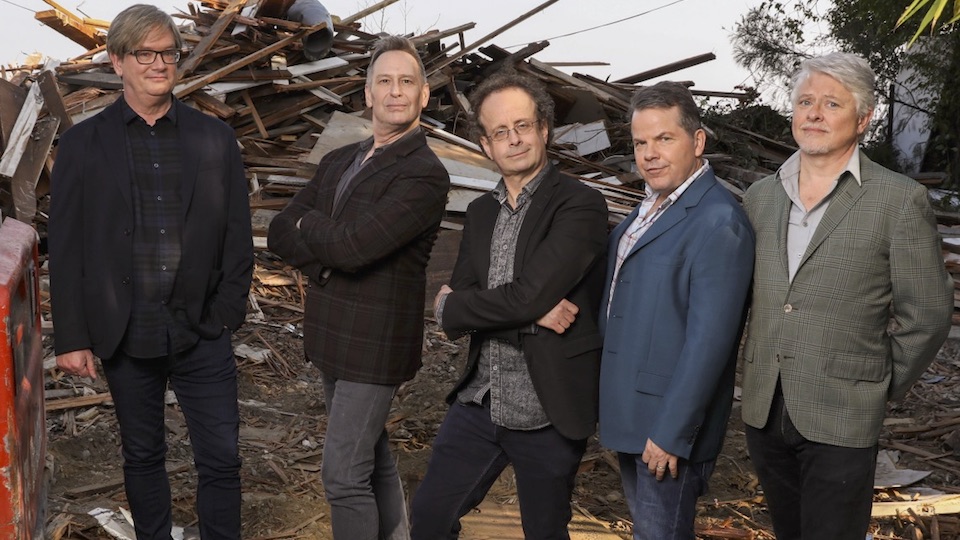 The sketch comedy show that made light of nearly everything back in the late ‘80s to the early ‘90s is coming back to our living rooms with its signature quirky laughs. The Kids In The Hall, the uniquely odd series, is set for a reboot on Amazon Prime, with the same five fellas who made the show strangely special.

The comedy troupe of Dave Foley, Mark McKinney, Scott Thompson, Kevin McDonald, and Bruce McCulloch may be older, but their timing and talents are as relevant as ever. Fans of their original cast of characters/roles like the “Chicken Lady,” “Cabbagehead,” “The Flying Pig,” “Mississippi Gary,” and “Headcrusher” will be pleased to know they’ll be seeing them once again, plus some new additions will be added to the mix, as Rolling Stone reports.

The series will be the first Canadian Amazon Original series, thus making it a little piece of broadcasting history to go along with its humor. With Saturday Night Live’s Lorne Michaels producing, The Kids In The Hall is sure to be full of a similar sense of fun and in-your-face comedy.

As for now, only eight episodes will be made available, with the release date unclear at this time. Those who have waited 30 years to see this show again can certainly hold off a while longer, and if the interest is there, perhaps the higher-ups at the streaming service will order more episodes.

According to Nerdist, the original run ran for five seasons with 100+ episodes. A measly eight seems more like a tease than anything else. Not to say that’ll stop folks from binge-watching.

Times are uncertain, especially now. If these five goofy guys can provide some relief, we’re all in. The characters surely have new topics to tackle with their smart silliness, and it will be interesting to see how much they’ve changed (if at all).

Something so original ought to be even better now that it’s back to prove how humor can last through the decades. The five “Kids” may be more mature, but their sense of ridiculousness has been ripe from the start.

Until the new series starts, the original episodes are available on Amazon Prime. Also check out their movie, Brain Candy, which didn’t score big at the box office, but brought the “Kids” to the silver screen and created a cult following in the years thereafter. The Kids In The Hall is what humor is all about. It’s nice to see the support for the show wasn’t short-lived.

Photo: The Kids In the Hall via Amazon

0 comments on ““The Kids In The Hall” Makes A Comeback”