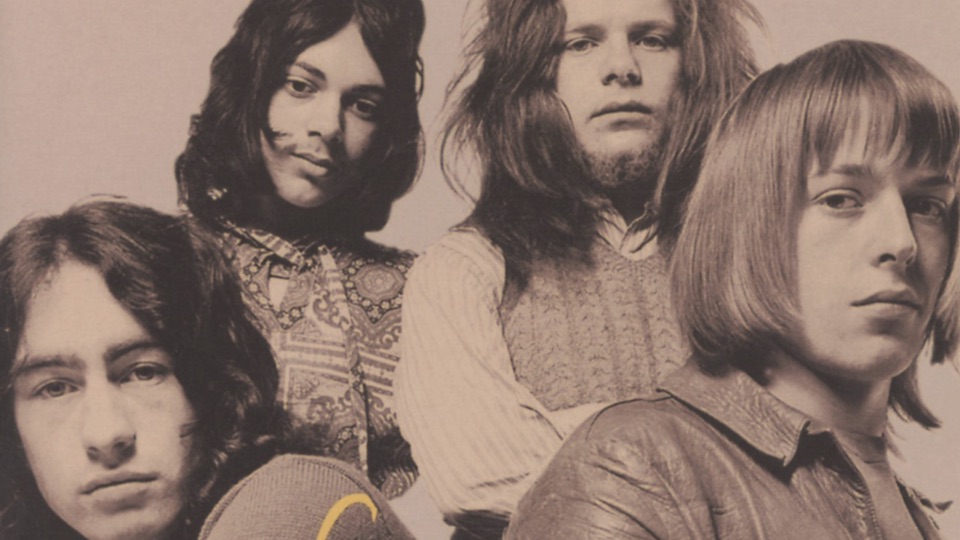 The year is 1968. Four enormously talented young men, all in their teens, form a band called Free. Paul Rodgers is the frontman with the growly croon, Paul Kossoff the prodigy rock guitarist. Andy Fraser is on bass and percussion chores are handled by Simon Kirke. They begin life as a soft-edged, bluesy band, perfectly listenable but not memorable.

Early in their tenure, they have a particularly dispiriting gig in Durham, England. Kirke describes the demoralization of playing to a tiny, checked-out audience.

“… we finished our show in Durham and walked off the stage to the sound of our own footsteps. The applause had died before I had even left the drum riser.”

Backstage, the members of Free pondered their future options and decided they needed to come up with a powerful uptempo number that would keep audiences on their feet. Bassist Andy Fraser began singing “All right now…”, comforting his mates to keep them focused and hopeful. He established the track right then and there, while Paul Rodgers conjured up some snappy lyrics. In a matter of minutes, musical magic was born. “All Right Now” appeared on their Fire and Water album and shot to the top of the charts in the U.S. and the U.K.

While Free never made a successful song after “All Right Now,” they could all have retired in glory on the basis of this track alone. It’s a fierce tune that’s brought joy to generations and made history during a live performance at the Isle of Wight Festival in 1970, where it electrified 600,000 attendees. It’s been covered by such luminaries as Rod Stewart, Christina Aguilera, The Runaways, and Pepsi & Shirlie (formerly of Wham!). It has also been plumbed for mercenary purposes, winding up on TV commercials for Wrigley’s Gum and a foot-odor remedy (the latter very much to lead singer Paul Rodgers’ displeasure).

So why the cult status of this particular song? To sum up, it’s old-school rock and roll perfection. Rodgers, who has had a long career as a revered solo artist and subsequent member of Bad Company and latter-day Queen, has total command here. His charismatic vocals contain grit and extraordinary power, he can carry a tune and we can even make out the catchy lyrics. Back-up musicians Kossoff, Fraser, and Kirke are all at the top of their respective games. It seems mind-boggling that these blokes were all in their late teens; they deliver a confidence and world-weariness that would be expected by musicians far older. It’s a telling tribute that Freddie Mercury considered Rodgers his favorite rock singer.

The beats, vocals, and harmonies would have been enough to ensure its ongoing longevity. How about the lyrics? Not Pulitzer Prize material by any stretch, but pretty engaging for Rodgers pulling them together in about 10 minutes. “All Right Now” is a song about a guy spotting an attractive woman and taking her home for sex. His introductory lines to her are corny and slick – hey, who would resist this opening salvo from a stranger?

Maybe we can see things the same

Now don’t you wait or hesitate

Let’s move before they raise the parking rate…”

Their vibe-y verbal sparring back at his place gives the woman brief pause at some point, but they presumably have a meeting of the minds and we leave them to their activities.

That’s it! Given that the song came out in 1970, there’s a nostalgic aspect to the celebration of unbridled sexuality and it’s a weirdly endearing snapshot of a fleeting human encounter. Rodgers infuses the situation with enthusiasm and soul.

The virtuoso opening guitar riff, hard-driving beats, and memorable melody has kept “All Right Now” on the airwaves and in our collective hearts.

While all four bandmates continued to make music during their lifetimes, the band Free never got another charting song and the original line-up broke up in 1972, due in large part to genius guitarist Paul Kossoff’s ongoing drug problems. Tragically, he died at the age of 25 in 1976. Bassist Andy Fraser passed in 2015. Rodgers and Kirke remain active, revered musicians in their own right.

All hail the “One Hit Wonder” that has gotten us up, dancing and gleefully head-banging for half a century. Poignantly adding to the perpetuity of this track is the fact that Paul Kossoff’s grave marker reads “All Right Now.”

5 comments on “The One-Hit Wonder File: “All Right Now””