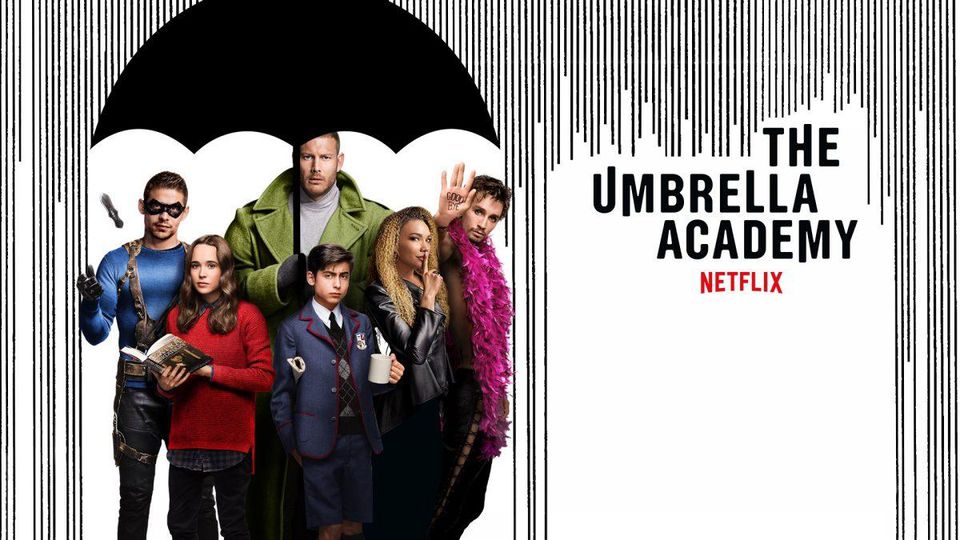 Superheroes are everywhere these days on both the big and small screen. The genre often seems on the verge of over-saturation, so it’s nice to see a refreshing twist on the concept of the super-team in The Umbrella Academy. Based on the comic book series by Gerard Way and Gabriel Bá, the hit Netflix show tells the story of a family of heroes who need to band together to stop (what else?) the end of the world. It may sound like you’ve seen this one before, but this isn’t your normal, run-of-the-mill superhero saga.  The show has proven to be so hot, that Netflix just renewed it for a second season. If you haven’t seen it yet, here’s a quick intro.

The story begins when a group of women all around the world give birth, without having shown any previous signs of being pregnant. A mysterious man named Reginald Hargreeves adopts seven of these children, who exhibit strange abilities. He’s decided to train them so they can use their powers to fight crime.

Hargreeves is a harsh taskmaster, addressing the children by numbers instead of names, and isolating one child from the group. Number Seven is told she isn’t special and possesses no powers. The rest of the kids go on to become a superhero team known as “The Umbrella Academy.” As time goes on, the children grow to adulthood and go their separate ways. The group is brought back together when Hargreeves dies. Each of them has secrets from their past, and they need to deal with these issues before they can move on. They may not get the chance. “Number Five” (who has the ability to time-travel) appears and tells them the apocalypse is coming, and they’re the only ones who can stop it.

Related: “Songs for the End of the World”

The show is cleverly scripted and features well-developed characters and quirky humor. There are also some terrific performances, especially from Ellen Page (a veteran of a pair of big-screen X-Men adventures) as Vanya, aka Number Seven; Robert Sheehan as Klaus, aka Number Four, and Aidan Gallagher as The Boy, aka Number Five. The cast also features Mary J. Blige and Cameron Britton as a memorable pair of bickering assassins. The show is fast-paced, and you’re quickly thrown into a complex scenario involving superheroes, ghosts, robot moms, super-intelligent chimps and time travel. At the center of it all is a dysfunctional family of heroes, who need to stop battling each other long enough to identify (and stop) the villain that will cause the end of the world. That threat may reside just a bit closer to home than they think.

The series is visually striking, but never loses sight of the fact that the heart of this story is the characters. The ten episodes take their time exploring the heroes’ backstories and their complicated, often fractured relationships. One of the show’s greatest assets is the perfectly chosen music, featuring a killer playlist of songs by artists such as Radiohead, Queen, The Doors, They Might Be Giants, Nina Simone and…Tiffany. Producer and comics creator Gerard Way (formerly of My Chemical Romance) and co-star Mary J. Blige both contribute some choice cover tunes. The music acts almost as a Greek chorus, albeit one based in rock, pop, and soul. The eclectic selections offer a colorful background to some of the series’ most imaginative sequences. The Umbrella Academy is a show that might appeal to those who don’t normally like superhero tales and will certainly be a new favorite for those who already enjoy them. Oh, and by the time you’re done watching, you may want some donuts. Trust me on that one.

0 comments on “The Umbrella Academy: Unexpected SuperHeroes (With A Great Soundtrack!)”