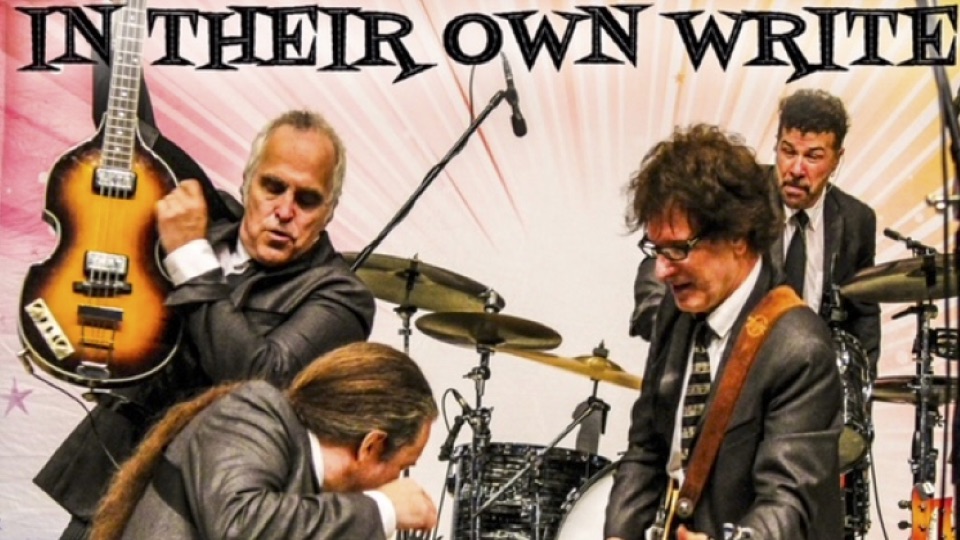 The Weeklings are one of the foremost purveyors of British Invasion-style rock and roll. The New Jersey-based quartet has been delighting fans for a while now with their distinctive interpretations of the music of The Beatles, and their outstanding original power-pop songs, which are inspired by the sounds of the Fab Four, and other classic rock/pop bands of the 1960s. The band has just released a fabulous new live album, In Their Own Write: The Weeklings Live! The title of the disc, which was suggested by their manager, is a nod to John Lennon’s 1964 book, In His Own Write.

The group is comprised of veteran rockers Glen Burtnik, Bob Burger, Joe Bellia, and John Merjave, also known as Lefty, Zeek, Rocky, and Smokestack Weekling, respectively. In Their Own Write is a fantastic selection of tunes from the band’s first three studio albums, as well as a terrific trio of well-chosen covers. If you haven’t heard the band before, this record is a great place to start your Weeklings experience, and if you’re a longtime fan, you’ll really dig these excellent performances, which were recorded at The Strand Theatre in Lakewood, New Jersey, and Daryl’s House in Pawling, New York.

The band’s splendid chemistry is amply displayed on this must-have disc. Lefty’s absolutely in-the-pocket bass, Zeek’s fluid rhythm guitar, Rocky’s dynamic lead guitar, and Smokestack’s passionate drumming combine with their glorious vocals to magnificent effect. The setlist runs the gamut from power pop workouts such as “Running Away” and “3” to lovely ballads like “Leave Me With My Pride” and “In The Moment,” which sounds like a lost Fab Four track topped off with a generous helping of heavenly harmonies. “Morning, Noon and Night” is another deeply Beatles-esque number, and the crackling “Don’t Know, Don’t Care” feels like a mashup between an early Fab Four tune and the sound of one of their musical idols, Chuck Berry.

The covers featured on In Their Own Write are top-notch. The band’s take on “Baby, You’re A Rich Man,” is superb, infusing the song with a deep groove, aided by superb harmonica work and crunchy guitars. The Rubber Soul standout, “The Word,” is one of a pair of Weeklings tracks that were featured on the 2020 John Lennon tribute disc, JEM Records Celebrates John Lennon.

It’s included here in an extraordinary live version that really brings out the positive message inherent in the song. Speaking of tributes, the band also pays homage to the late Adam Schlesinger (of Fountains of Wayne fame) with a joyous cover of “That Thing You Do,” which the late songwriter/musician penned for that same-titled film (directed by Tom Hanks).

Listening to In Their Own Write is the next best thing to seeing The Weeklings live. The band’s boundless energy and enthusiasm shine through on every track on this glorious album. Their exceptional skills as musicians and songwriters, combined with their refreshing sense of humor, perfectly illustrate why they’re one of the top-flight groups that help keep the spirit of The Beatles alive, while successfully forging their own musical path as power-pop icons.