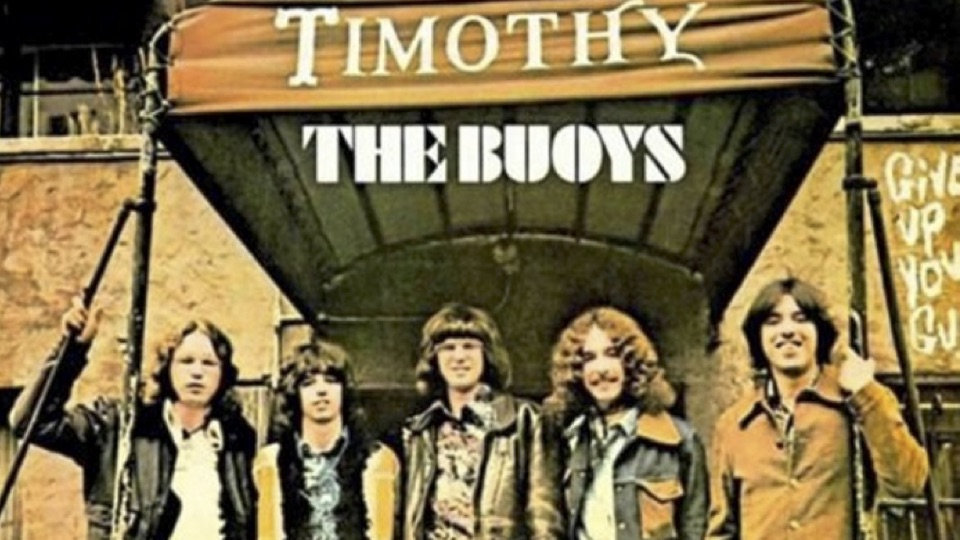 Rock songsmiths have revisited the subject of premature death more times than fans have visited Elvis Presley’s grave. Untimely deaths have occurred in the sea (“Flight of 505” by the Rolling Stones”) in the air (“D.O.A.” by Bloodrock) and on land (“Last Kiss,” by J. Frank Wilson and the Cavaliers and later, Pearl Jam, “Tell Laura I Love Her” by Ray Peterson, “Leader of the Pack” by the Shangri-Las and many more). In “I Want my Baby Back,” the aftermath of a girlfriend’s gory death by car was so traumatizing to singer Jimmy Cross (“And over there was my baby, And over there was my baby, And way over there was my baby…”), that he dug up her grave and climbed inside her coffin; the song ending with his echo-filled-voice singing from the grave: “I got my baby back…”

Related: “7 Rising Drummers You Should Know About”

Then there is “Timothy” by The Buoys, a death song about a fatality that occurred way under the ground. The now fifty-year-old-plus song gave a twisted meaning to a record being played to death and reconfirmed the old cliché that “bad press is good for sales.” The story behind this story-song about cannibalism in a mine began when a 20-year-old Rupert Holmes was working as an arranger for Scepter Records (Dionne Warwick’s label) and was given a chance to write and record a single for The Buoys. Mr. Holmes recalled the ingredients to the unexpected hit:

‘And I think, that almost sounds like a recipe – muscle and blood and skin and bones, bake in a moderate oven for two hours, top with ‘Miracle Whip.’ I had seen the movie Suddenly Last Summer about a week earlier on TV and it had a revelation about cannibalism in it and I thought, ‘If it’s good enough for Tennessee Williams, it’s good enough for The Buoys. So I thought, ‘Cannibalism during a mining disaster—that’ll get banned.’”

However, Bill Kelly, lead singer of The Buoys, has a different take on the band’s lone hit: “As far as controversy, Rupert told us he wrote the song purely for fun, not knowing anyone would ever hear it.”

But thousands of teens did hear it. The song had an eight-week run on Billboard’s Top 40 chart, peaking at No. 17. The success caught all the grey suits off guard—including those working at “Timothy’s” record company.

“Scepter Records, in the beginning, did not even know it was on their label,” Holmes said. “The promotion men for Scepter, who were trying to break a Beverly Bremers single, would say, ‘We couldn’t get it on that station, they went with this stupid song called ‘Timothy.’ Finally, someone said, ‘You idiot. It’s on our label.’ Now they have a problem, because now they’re getting up towards the Top 20, and they know there are some big stations that are simply not going to play this record. WABC-AM, the biggest station at the time, they never played it. Scepter Records started a rumor that Timothy was a mule to try to get the taint of cannibalism out of the picture and try to make it a Top 10 record. Someone called me and said, ‘Was Timothy a mule? You wrote it.’ And I said “No, what can I tell you, they ate him.’”

But without further airplay, the song and then The Buoys faded into oblivion. Rupert Holmes went on to write and record the number one song of 1979, “Escape (Pina Colada Song)” and other hits like “Him” and “You Got it All;” which Britney Spears covered on her internationally released version of Oops!… I Did It Again.

Because cannibalism is a subject not often tackled in rock, “Timothy” sticks out as one of the strangest “death songs” ever recorded. And remains a footnote in Rupert Holmes’ body of work.