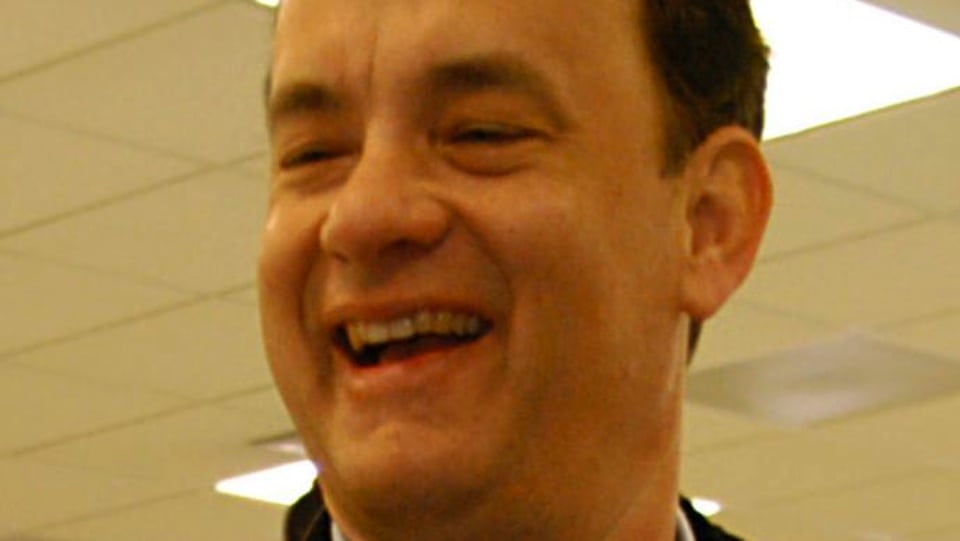 Tom Hanks recently turned 60, and for some reason, it left me bewildered. While the two-time Academy Award-winner is right around the same age as my own parents, the endlessly youthful Hanks always seems to exist in my consciousness as his mid-90s self, so reality is jarring to my nostalgic memories of his earlier work. Nostalgia is a big part of what Hanks has built a career upon. Americana too; with the actor playing roles in a variety of historical decades or events whether it be wars or moon landings or the AIDS crisis. We used to say something was as “American as apple pie,” but perhaps it should be “as American as Tom Hanks” as his films inspire us to return to good old-fashioned American values like hard work and standing up for what’s right. The actor himself embodies these very same qualities, which may be why he’s America’s chosen cinematic patron saint of nostalgia, Americana, and humility. With two major films (Inferno and Sully) hitting theaters this fall and a slate of new projects on the horizon, Tom Hanks is as busy as ever with no signs of slowing down.

My first experience with Tom Hanks was probably Forrest Gump; it’s hard to pinpoint since it seems like I’ve never not known who he was even as child in the early ’90s. And as far as nostalgia goes, Forrest Gump is unrivaled in its efforts to show one man’s march — or rather, run — through arguably the most turbulent decades of twentieth century American history; sometimes even going so far as having Forrest mingling with historical figures like JFK, Nixon, and Elvis. Forrest does occasionally find himself in real danger, especially during the Vietnam War, but his can-do spirit, love for Jenny, and mama-approved life aphorisms always usher him through even the worst moments life and history throw at him. In the wrong hands, a character like Forrest Gump could have been one-dimensional and insensitive, but Hanks finds Forrest’s sweetness and surprising hidden emotional depths. Hanks and Gump share an indefatigable optimism that is infectious even to the most cynical Lt. Dans of the world. That optimism fills nearly every frame of the Best Picture-winner, turning a defining chapter of American history into a feel-good movie that allows audiences to look back on the past with humor, affection, and a few tears (which I always inevitably shed in the final few scenes partially due to composer Alan Silvestri’s poignant score). Without Tom Hanks leading audiences through their sentimental journey into Forrest’s — and America’s — past, the film would not have been nearly as effective; its emotional impact about as lasting as a feather floating on a breeze. Not for nothing did Hanks win his second back-to-back Best Actor Academy Award (an achievement only otherwise shared by Spencer Tracy); he makes history come alive in a very real, identifiable way, even to people like me who are too young to have lived through it.

Hanks has a knack for portraying figures of a certain historical era when good, every day people were called to be heroes. It’s a quality he shares with another of my very favorite actors, Jimmy Stewart, to whom he is inevitably and rightly compared. Stewart, especially in his work with Frank Capra, was the “Mr. Smith” of his time, inspiring audiences to love their country and live with decency, honor, strength, and humility. Hanks has, in his own unique way, carried on those messages by playing Mr. Smiths who also step up to do what’s right. Whether as astronaut Jim Lovell in Apollo 13, Corrections Officer Paul Edgecomb in The Green Mile, or insurance lawyer turned Cold War spy defender James B. Donovan in Bridge of Spies, Hanks brings a warmth and gravitas to every role he inhabits. His seemingly ordinary characters are put into the most extraordinary of circumstances, typifying a kind of American bravery that makes your heart swell with pride and long for simpler times.

Perhaps no other film on Tom Hanks’ long resume exemplifies truth, justice, and the American way than Saving Private Ryan in which the actor played a mild-mannered Pennsylvania high school English teacher turned WWII Army Captain thrust into the chaos of Normandy Beach on D-Day (among other horrors in Europe). Hanks gives a no-frills, startlingly quiet performance amidst the loud ravages of the war-front, yet he maintains an unwavering intensity and patriotic spirit that is beyond moving.

My birthday is Veterans Day, and the year the film was released, my family and I wound up going to a special IMAX showing to mark both the holiday and my 10th year of life. As those who have seen the film know, the first half hour depicting D-Day — which has been praised for its realism — is beyond gruesome, so imagine being ten years old and seeing it for the first time on an IMAX screen. I was riveted and horrified, but by the end, I had never felt prouder of my country. But it was what happened when the lights came up that I’ll never forget. My screening that night was full of WWII veterans and their wives, and as the credits rolled, many of them were sobbing into each other’s arms; seventy-five and eighty year-old men who had been there and made great, unbearable sacrifices for their fellow Americans. These were the real Capt. Jim Millers and Private Ryans, but all of them loudly applauded and cheered as Hanks’ name appeared; the man who took on the mantle of the worst days of these men’s lives with the utmost respect, care, and American spirit as they themselves had displayed. I had never seen anything like it, and I knew Hanks had done something incredibly special.

Hanks is deeply committed to veterans, documenting their stories and preserving the legacy of their great sacrifices. He served as the national spokesman for the WWII Memorial campaign in Washington D.C. as well honorary chairperson for the D-Day Museum campaign. In addition, he and Saving Private Ryan director Steven Spielberg exec-produced two critically acclaimed, Emmy Award-winning WWII miniseries for HBO: Band of Brothers and The Pacific. Hanks, more than possibly any other actor, truly personifies the ideals of the red, white, and blue both onscreen and off.

Over the course of his near forty-year career, the universally beloved Hanks has become our most trusted of all actors. The one we can count on to tell even the most ordinary of stories with grace, humility, and warmth. His very presence is undeniably comforting, like a Sunday dinner with your family or your favorite sweater; you always feel better when his familiar face is on the screen. The lifetime achievement awards have started rolling in for the actor these days, but don’t canonize this cinematic saint just yet; he’s still got a lot of history of his own to make.

0 comments on “Tom Hanks: Our Patron Saint of Nostalgia & Humility”