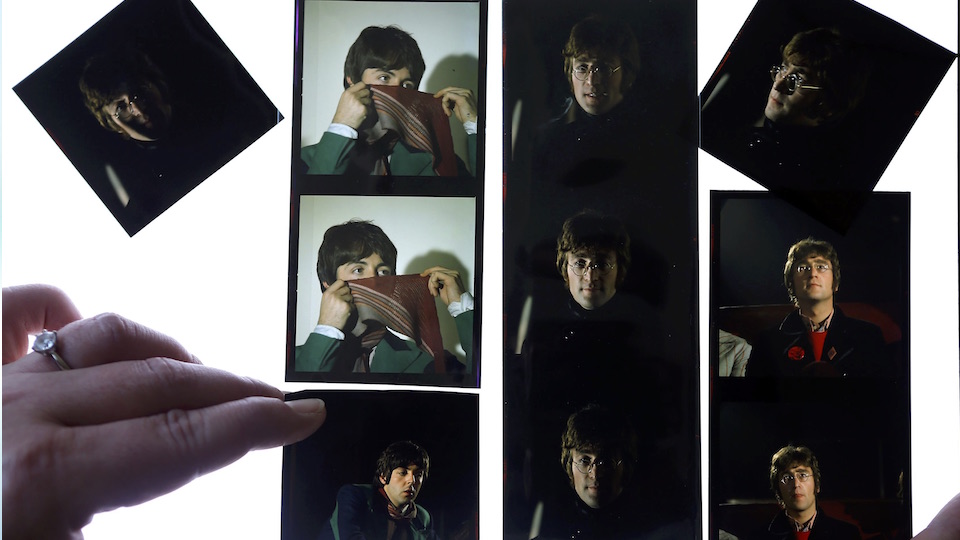 Beatles fans know there are myriad dates and anniversaries to mark key moments in Fab Four history.  You can break those milestones down by things like songs, personal events, concerts, tours, you name it.  Practically every week features something interesting in Beatles lore.  This week in January is no different, but specifically, it marks two important events on the film front.  These two things, occurring just a couple of years apart, represent a kind of bookmark (or bookend) to their career.  While the group may not have known it at the time, fans have a photographic record of two pivotal points in the Beatles journey.

Jan. 30, 1967.  The Beatles were on-set in Kent, England filming the promotional video for “Strawberry Fields Forever.”  After a run of hit singles, they had been getting more experimental with Revolver.  By 1967, they were all in when it came to pushing creative boundaries. This video would introduce fans to their new direction (which also featured lots of facial hair).  Utilizing jump-cuts, backward footage, and some seriously-trippy images, this psychedelic short let fans know that those cheeky lads were going somewhere else altogether.  It also influenced a ton of future music videos by other artists.

Jan. 30, 1969.  A bleak, chilly day in London got a lot hotter when the Beatles clambered up the stairs of Apple Corps and out onto the roof where their equipment had been set up.  The group had been wanting to play live again but hadn’t been able to settle on a venue.  Recording engineer Glyn Johns is supposed to have come up with the idea to play atop company headquarters.  So for 42 minutes, bystanders below on Savile Row below were treated to this final public gig by the Fab Four. Despite the fact that their concert/touring days had been largely put aside in favor of the studio, this concert proves they had lost none of their tightness.

The Beatles have left a long legacy on film. Movies, video, hundreds of TV clips…so which among all of those are the most popular?  Earlier, we took a look at their “top 5” video appearances on the Beatles’ Vevo channel.  One of those appearances is associated with the Beatle anniversaries mentioned above.  Think you know what it is?  Read on and find out!

Photo Credit: Some unpublished images of The Beatles from late 1967/early 1968, during a visit to the studios where the animations for Yellow Submarine were created. (Photo by Dave Thompson/PA Images via Getty Images)