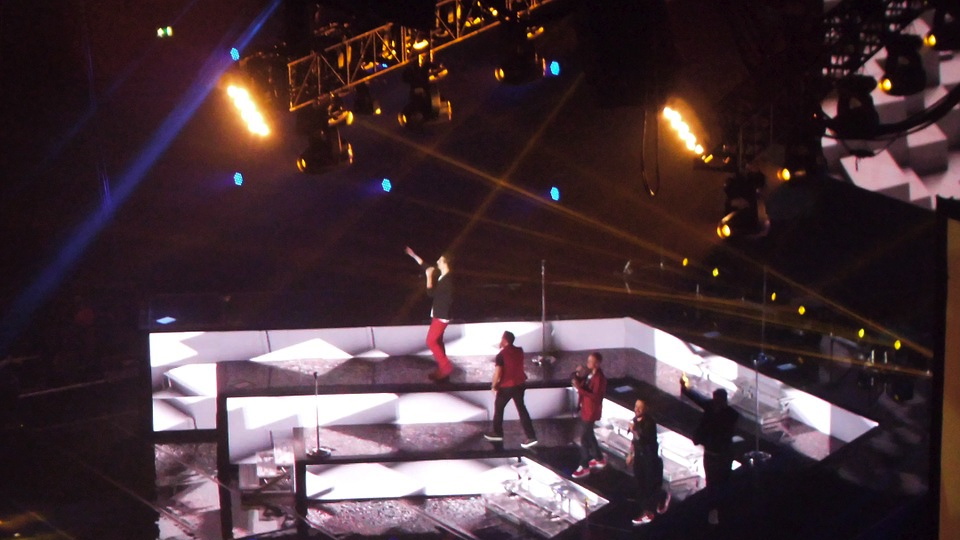 Boy bands and their influence on society have been well-documented and, by many, well-mocked for decades. From the Swinging 60s when girls were screaming, crying, and fainting at the very sight of The Beatles to the 2010s when young women reacted in much the same way at the very mention of One Direction, all-male groups seem to inspire a certain kind of frenetic mania, especially in teenage girls. While today the term “boy band” might incite more derision than respect, the appeal of the all-male musical group is undeniably ever-present. It is the love and fandom of this type of band that is the inspiration for two new documentaries this year, After the Screaming Stops and I Used to Be Normal: A Boyband Fangirl Story.

Related: “The Helter Skelter of Girlhood”

After the Screaming Stops

If you’re from anywhere outside the UK, there’s a good chance you’ve never heard of Bros. However, from 1987 to 1992 this British boyband ruled the country’s pop charts. Despite their failure to take off across the pond, Matt and Luke Goss, the two identical twins who formed the band’s backbone, managed to sell out concerts, have top-ten hits, and attract hordes of screaming, devoted fans, dubbed “Brosettes”, who worshipped the band with Beatlemaniacal hysteria.

The doc After the Screaming Stops is an unflinching look at the stressful reunion of the Goss brothers for a one-night-only gig at London’s O2 arena in 2017. The title of the doc itself is taken from an underhanded question once put to them at the top of their game by broadcaster Terry Wogan: what would they do when the screaming stopped?

The ticking clock counting down the days to the big concert gives the movie momentum as we witness the estranged siblings reunite in an attempt to regain the glory of their younger years. We learn that since their split in 1992, there has been little contact between the two, Matt has moved to Los Angeles to pursue acting in Hollywood; Luke continued making music and secured a successful Las Vegas residency.

Hilariously, many of the tantrums and disputes that arise between the Goss brothers are as ridiculous and crazy as anything witnessed in This Is Spinal Tap or Anvil! The Story of Anvil. There is a tangible discomfort in watching the rehearsals as every single arrangement and note is argued over — both brothers bloated with festering grievances, past resentments, and deep insecurities.

What results is a witty, tragicomic documentary that ascends the gossip-driven nature of many films of its kind. After the Screaming Stops is a riotous, cringe-inducing adventure that’s as absurd as it is astonishing. Noel and Liam Gallagher have nothing on these guys, and watching them scramble to put their relationship and their faded stardom back together again is as entertaining and funny and emotional.

I Used to Be Normal: A Boyband Fangirl Story

This joyous documentary by first-time feature director Jessica Leski recounts the love and adoration boybands such as the Backstreet Boys, One Direction, Take That and the Fab Four have inspired in women while rejecting the disdain and mockery so often directed at boybands as simply the obsessions of teen girls.

I Used to Be Normal is not an uncritical exploration into fandom, mind you, but rather an informative, empathetic and engaging look into the role this music has had in the lives of four women from Australia and the USA. While the darker side of celebrity culture is so often highlighted nowadays, this honest and refreshing doc offers a welcome reminder of how fandom can be seen as both a source of catharsis and positivity.

While Leski’s documentary obviously considers the picture-perfect, manufactured aspects of male-fronted bands, it also delves into the more personal aspects that arise from being a self-confessed fangirl. Although the documentary’s four subjects are separated by age, distance, background, and group, they are kindred spirits when it comes to their deep, all-consuming passion. After years of fangirling over their respective pop groups, these four women share their journeys with us with complete honesty in a way that will resonate with anyone who has ever identified as a hard-core fan of something.

What truly bonds these women is their shared experience of having to hide and restrain their feelings from some peers so as to avoid judgment while simultaneously forming new bonds with others who shared their obsessions. What makes I Used to Be Normal so heart-warming is the embracing of typically misunderstood teen passions coupled with a refusal to write off young girls’ interests as foolish trivialities.

Related: “The Women of ‘Rubber Soul'”

Indeed, the greatness of this doc lies in its filmmaker’s genuine interest in its subjects. Instead of turning devotion into mockery, Leski and her team delve into the psychological and emotional reasons behind the collective need to immerse in the world of boybands so completely. The overriding message is one of acceptance. As such, I Used to Be Normal is a rousing testament to the universal need to connect with something bigger than ourselves. It should inspire everyone to cling onto positivity in all its forms and to be confident in being exactly who you are. Because really, who wants to be normal when it’s so much more fun being yourself.

Photo Credits: Image of the Backstreet Boys in concert courtesy of Pixabay.

1 comment on “Two Boy Band Docs: What Happens After the Screaming Stops”