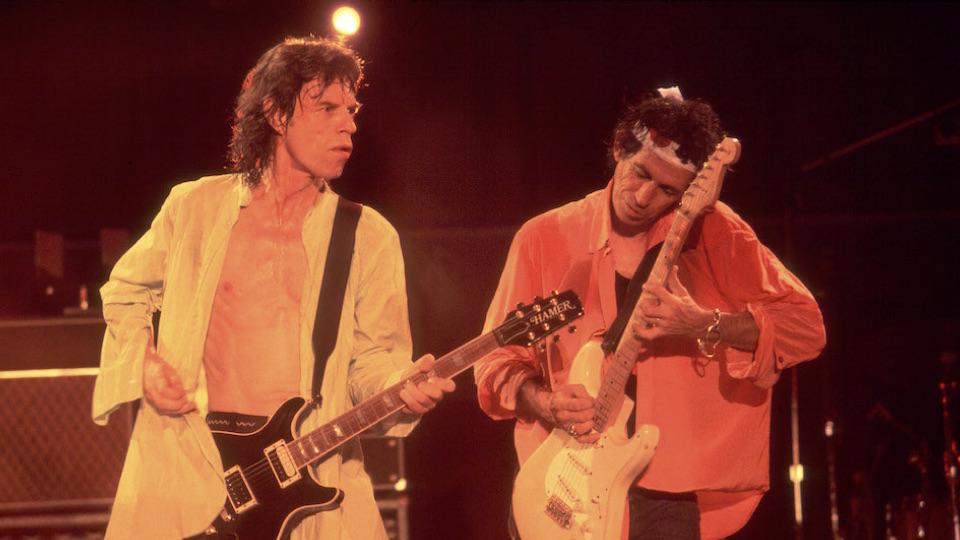 It’s a sobering realization that a Rolling Stones concert film made in 1994 is now old enough to be considered “archive” material. But Eagle Rock’s powerful new Voodoo Lounge Uncut set is more than just a new Stones product from the vaults. The nearly 2 and 1/2 hour show, taped at Joe Robbie Stadium in Miami during the record-shattering year-long Voodoo Lounge tour, is a prime example of why Mick, Keith, Charlie, and Ronnie are considered to be “The Greatest Rock and Roll Band in the World.” Voodoo Lounge Uncut also captures The Stones at a pivotal moment in their history, gracefully swaggering into their future among rock’s elder statesmen.

The Voodoo Lounge album and tour marked the beginning of a new chapter for The Stones, following the 1993 departure of bassist and founding member Bill Wyman. Chicago-born bassist Darryl Jones was recruited for the Don Was-produced recording sessions that yielded 1994’s well-received Voodoo Lounge album. The tour that followed, the band’s first without Wyman, would need to befit a band that doesn’t know how to do anything half-assed and so the Voodoo Lounge tour featured a futuristic stage set that was massive even by Stones standards, with giant ramps extending out to the left and right that gave the band plenty of space to run around (especially Mick, who seems to cover every square inch of that stage like a decathlete).

But despite the elaborate production design, the main attraction on Voodoo Lounge Uncut is the raw power of The Stones’ no-nonsense rock n’ roll. With bassist Jones effortlessly sliding into that legendary rhythm section, the band serves up the patented “Stones groove” that so many other bands have unsuccessfully attempted to copy. No samplers, no loops, no click tracks: just a seasoned group of musicians and their sworn allegiance to the pocket.

The Stones’ well-known passion and dedication to American blues and R&B is on full display here, whether they’re dusting off early classics like “It’s All Over Now” or bringing then-new songs like “Sparks Will Fly” and “You Got Me Rocking” to life onstage. (The VL songs have aged surprisingly well! ) A jet-propelled “Satisfaction” sounds as if it were inspired by Otis Redding’s famous cover version, and Jones spreads some greasy funk during the extended bass breakdown in “Miss You.”

A highlight of the show is a 3-song acoustic set played on a separate, smaller stage that moves out into the crowd (an idea that dozens of stadium acts have copied since). If you’re tired of hacky bar bands covering “Angie” and “Dead Flowers,” you’ll appreciate the original cats playing those songs the way they’re supposed to sound. Other highlights include guest appearances by Bo Diddley, who at age 66 rocks “Who Do You Love” so hard that he breaks a guitar string, and Sheryl Crow shouting a sweet raspy vocal on “Live With Me” from Let It Bleed. (Another Let It Bleed deep cut, “Monkey Man,” features backup vocalist Lisa Fischer coming down front and giving Mick a run for his money!)

The Miami stop on the Voodoo Lounge tour was originally broadcast live on pay-per-view (remember those?) and an abbreviated version was released on VHS in 1995. Voodoo Lounge Uncut features the entire setlist for the first time, as well as five bonus cuts taped at Giants Stadium earlier in the tour. The new audio mix is crystal-clear and punchy, with the guitars cutting through the air and the rhythm section packing a wallop.

In 1994, with the core band members all in their early 50s, The Rolling Stones ought to have entered their “legacy act” phase. But on Voodoo Lounge Uncut, The Stones prove that real rock n’ roll is timeless and ageless. The punchline is that nearly 25 years later, with another mammoth Stones US tour coming in 2019, they are still kicking ass!