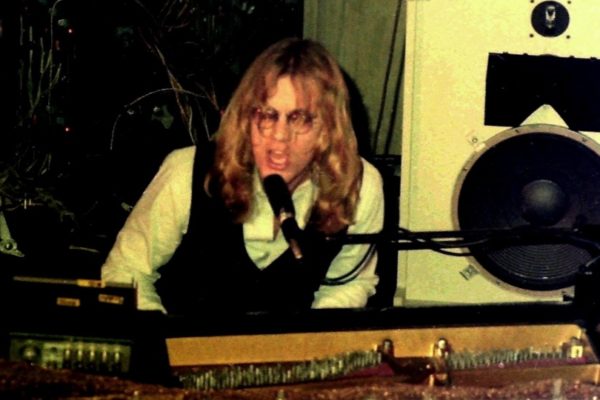 Warren Zevon was a unique musician known, in the late ‘70s especially, for his gonzo personality, notorious drinking, and hits like “Werewolves of London” and “Excitable Boy.” Yet, he had a subtler side too which you could see in more introspective songs like “Tenderness on the Block” and “Desperados Under the Eaves.” Both aspects of his personality shared a wry sense of humor and his quirky individualism would have probably prevented him from playing long-term in a group. Instead, Zevon worked on side projects as his main way of collaborating with other musicians and writers. He once told a writer, “I’ve had a lot of help from my friends. That’s the secret of rugged individualism.” Here are some the finest examples of the magic he made with talents of equal stature.

The Everly Brothers
Before his breakthrough as a solo artist, Zevon acted as the music director and piano player for the Rock and Roll Hall of Fame duo, the Everly Brothers. This gig included a 1970 summer-replacement variety show entitled Johnny Cash Presents the Everly Brothers which featured guests as varied as Kenny Rogers, Jackie DeShannon, and then-newcomer, Billy Joel. The Everly creative partnership lasted until 1973 when the duo split up but Phil Everly popped up again when he sang backup on several songs on Zevon’s self-titled 1976 album.

Jackson Browne
The chart-topping singer-songwriter was an early advocate for Zevon and pitched him to Asylum record chief David Geffen in the ‘70s and then produced Zevon’s first two albums for that very label. Browne and Zevon co-wrote “Tenderness On The Block,” played a few gigs together but then had a falling out. Despite that, Browne still considered him a friend and co-produced a memorial tribute show for Zevon in 2016 with a fellow Zevon fan, Judd Apatow.

Bruce Springsteen
Zevon met The Boss through Jon Landau, Springsteen’s manager, so when Springsteen had trouble finishing a song with the working title “Janey Needs a Shooter,” Zevon jumped in to flesh out the piece. Zevon ended up including the final tune on Bad Luck Streak in Dancing School (1980) and Stand in the Fire, a live album released the same year, although he changed the title to “Jeannie Needs a Shooter.” As of this writing, Springsteen has yet to release an official version himself.

R.E.M.
The 1980s were a tumultuous time professionally and personally for Zevon. He was dropped by two record labels and went into rehab for alcoholism. In 1987, the now-sober artist released Sentimental Hygiene, an LP which included R.E.M.’s Peter Buck, Bill Berry and Mike Mills as backup. The relationship flourished again in 1990 when the R.E.M. trio paired up with Zevon for an album of cover songs entitled Hindu Love Gods which actually doubled as the name for the makeshift group itself, although this was their only album.

Rock Bottom Remainders
Some writers just wish they were musicians. But The Rock Bottom Remainders actually made those wishes come true for satirist Dave Barry, novelists Stephen King, Scott Turow and rock critic Dave Marsh among others. Zevon sat in with the band on occasion thereby lending musical credibility to the literary rockers. Amusingly, Zevon himself — not any of the professional scribes — penned the liner notes for Stranger Than Fiction, an album by the group which had renamed itself the Wrockers and is described by Zevon as, “amusingly inept” and “downright catastrophic.”

Jorge Calderón
Among his many collaborators, Zevon was probably closest to bassist/guitarist Jorge Calderón. Calderón was patient with Zevon’s manic side and the two complemented each other personally and artistically. Together, the two co-wrote many songs and Calderón appeared on nearly all of Zevon’s albums working most closely on Zevon’s last album The Wind which Calderón produced.

David Letterman
Zevon was more than just a guest on Letterman’s various late night shows. He was a friend. He first appeared on NBC’s Late Night With David Letterman in 1982 to promote his album The Envoy. After that, he not only showed up as a guest from time to time but starting in 1997, would sometimes also sub in as musical director for Paul Shaffer. Letterman loved Zevon’s music. More importantly, perhaps, they shared a sly sense of humor that seasoned just about everything with a grain of salt. Zevon appeared for the last time on Letterman in October 2002. He was the only guest and in response to a question about his deteriorating health famously quipped, “You’re reminded to enjoy every sandwich.” Enjoy Every Sandwich ended up as the title of a posthumous tribute album to the late, great musician.

2 comments on “Warren Zevon Played Well With Others”