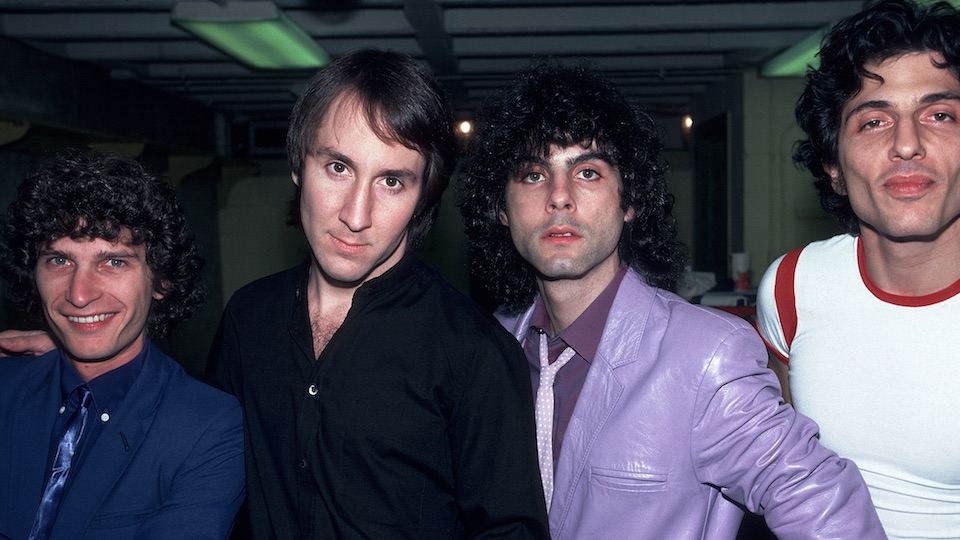 The label “One-Hit Wonder” holds a fascinating place in popular music. Lists of the “greatest” one-hit artists have been ranked, rehashed, and debated for some time. Bands and musicians that carry such a label must find it an odd thing, both a blessing and a curse. On one hand, one-hit wonders achieve a level of success millions of people only dream of having. But how would it feel to reach the pinnacle of your profession only to stay for a short moment and never return? What kind of legacy is that? It’s probably a complicated one filled with “what might have beens” sprinkled with “if only’s”.

Some time back, Rolling Stone magazine had their readers rank their favorite “one-hit wonders” and compiled a top ten list. Coming in at number six was The Knack’s “My Sharona,” a song that appears on such lists with regularity. Get the Knack was a juggernaut when it was released in 1979. The album stayed at Number One on the Billboard charts for five weeks and “My Sharona” was not only a Number One chart-topper, it was the Number One song of the year. The Knack’s follow-up single which was from the same album climbed to Number Eleven. Most music fans would have a tough time recalling the band’s other hit from their debut LP, but “Good Girls Don’t” was a strong release. Perhaps the song charted artificially higher because of heavy promotion by Capitol Records. Even so, The Knack had one other single that broke the Top 40 and that was “Baby Talks Dirty” from the band’s sophomore album, …But the Little Girls Understand. The Knack had three top 40 singles. There is no way that The Knack qualifies as a one-hit band. Or do they?

The Knack’s resume begs the question: “What is the operational definition of a one-hit wonder?” To answer that question, you have to quantify “hit.” Lucky for us, there is a way to do just that. Billboard’s Top 100 chart combines singles purchases, radio play, and more recently, online streaming and compiles a weekly list of the nation’s most popular songs. But making this list of 100 top singles seems a little charitable as a way of defining a “hit.” A subset might do better. Starting in 1970, for instance, Casey Kasem hosted the widely popular American Top 40 radio show during which he’d spin the singles which had made it into Billboard Magazine’s higher echelons. For decades, if Casey Kasem played your song, your band had a bonafide hit. And millions of people agreed.

But there’s a problem with using the Top 40 as a benchmark for a hit song. First, it’s an arbitrary line in the sand. How does a number 39 song qualify as a success when a number 41 song does not. More importantly, hit singles have a life of their own. Songs are shapeshifters that move around and morph with the times. Contemporary music and the tunes they produce sometimes live forever, and then sometimes they don’t…regardless of how high they climb. Debby Boone’s “You Light Up My Life” stayed at Number One for ten long weeks. When was the last time you heard that song? Hopefully, it’s been a while. Conversely, artists like Bruce Springsteen and Led Zeppelin have tons of songs that have stayed in the consciousness of the music-loving public, but either never charted or failed to break the Top 40. The Classic Hits radio is littered with songs that may not, technically, qualify as “hits”.

Perhaps attempting to define a hit song, or more specifically, which bands quality as one-hit wonders, is much less complicated. Maybe being a band known for “one singular sensation” of a song is all it takes to be a one-hit wonder. Ugh. How unscientific. Relying on corporate playlist makers, or even worse our own memory, certainly seems like an unfair way to brand artists as those who pitched a “one-hitter.” There is way too much grey area in doing that. While some artists can universally be called one hit wonders, others could be debated. For every Taco (“Puttin’ on the Ritz”), and Tommy Tutone (“867-5309/Jenny”), there is a Flock of Seagulls and Golden Earring. Some bands should be known as one-hit wonders, and some should not. To that end, how many songs do you love that were never hits? Tons.

So let’s not debate what exactly qualities (or quantifies) a band as a “one-hit wonder.” A better discussion would probably be this: Which artists are generally regarded as one-hit wonders that absolutely shouldn’t be? Answers coming soon.

2 comments on “Wondering About One-Hit Wonders”