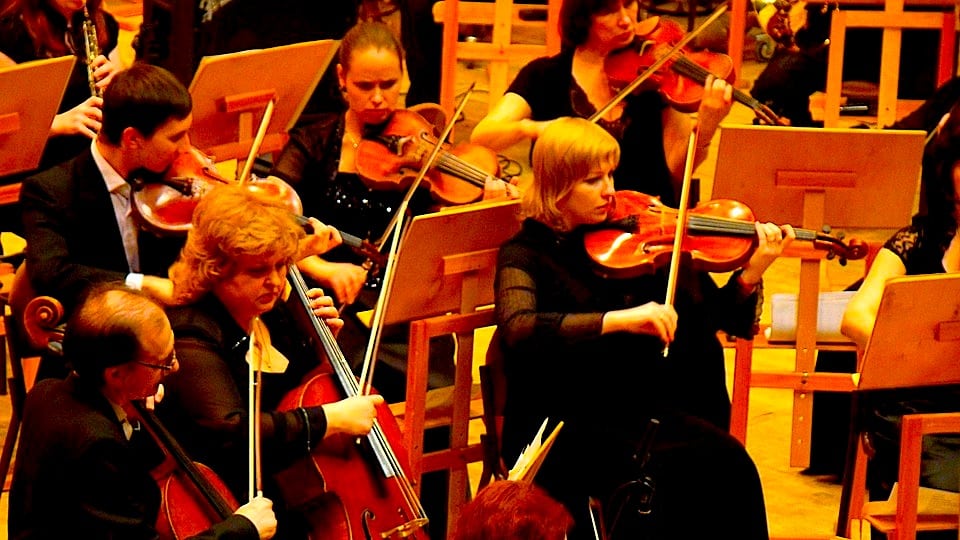 Many pop music lovers secretly wish they knew more about classical music but aren’t sure where to begin. We’ve heard that Stravinsky’s Rite of Spring is a good point of entry but then what? Well, meet Steve Robinson, a classical music aficionado who’s worked in radio for a half a century, with a good chunk of that time as General Manager of WFMT — what many consider the classical music radio station of the U.S. Although he officially retired in 2016, Robinson’s passion for classical extends to making new converts and his latest project Classical Portraits, a podcast docuseries, may be the gateway to Bach, Brahms, and Beethoven that you’ve been looking for.

Q: You were the General Manager for Chicago’s classical music station WFMT for quite a while and have worked in radio for 50 years. Have you seen classical music tastes shift over that time?

A: I can’t speak with much authority about changes in classical music tastes in the general public but I can talk about the change in classical music programming on the radio and I must say, sadly, that in general, it gets more and more timid, conservative and risk-averse with every passing year. In the ‘70s and ‘80s, there was a battle between the “mission-driven” and ratings-driven” stations. I was in the former camp and I maintained that the ratings-driven stations followed a set of rules including no choral or vocal music, no contemporary music, no organ or harpsichord music and no piece over 25 minutes. People at the ratings-driven station said that was nonsense and that there were no rules. So one day I looked at the playlists of a half-dozen ratings-hungry stations and, sure enough, with very few exceptions, they followed all those rules.

Related: “Classical Music Gets the Gypsy Spirit In A NYC Crypt”

Q: You actually did some cross-cultural music exchanges with China. How does the Chinese taste in classical music differ from that in America?

A: The only full-time classical station in China, which is in Shanghai, enthusiastically welcomed the programming I offered them and it included full-length broadcast concerts by the New York Philharmonic, Los Angeles Philharmonic, San Francisco Symphony, Chamber Music Society of Lincoln Center, Dallas Symphony and a weekly series called Carnegie Hall Live. This marked the first time those organizations had ever been heard on the radio in China and the reception was very positive. I also arranged for a 35-year-old festival, The Shanghai Spring International Music Festival, to be syndicated in an eight-part series of two-hour programs throughout the U.S., Canada, and Europe, marking the first time a Chinese Music Festival had been heard on the radio in the West in a weekly series. And I arranged for the Shanghai Conservatory New Music Festival to be heard on the radio in the U.S. The music at the festival featured some fantastically wonderful and very modern music. And when I attended concerts in Shanghai and Beijing, I observed that the audience – including those for new music concerts – was quite young including couples who brought young children to the concerts. By the way, if you take out a cell phone at a concert, ushers in the balcony will flash you with a red laser beam. They take their classical music quite seriously in China.

Q: Which contemporary rock group or musician would you be most interested in seeing get the Philharmonic “Pops” treatment?

Q: Do you have contemporary classical composers you particularly like?

A: I love the music of Chen Yi, a composer born in China in 1953, [who] was a Pulitzer Prize finalist in 2006 and is now on the faculty at the University of Missouri-Kansas City. The emotional range of her music is astonishing and she writes in many genres including solo instruments, chamber, vocal, and orchestra.

Q: Why did you decide to start your Classical Profiles series with Beethoven?

A: First of all, because his name is probably the most familiar to anyone on the planet who knows anything at all about classical music. Second, his life story is beyond-belief fascinating but also tragic and I thought that the story would help draw people to his music. For example, the script of the second of the three programs starts with details of the suicide note Beethoven wrote to his two brothers when he was only 32 and was just beginning to realize that he was going deaf. I played this for a friend who didn’t know much about Beethoven and at the end of that open she was crying. When I saw her reaction, I knew I was on to something. And third, well, his music is universally appealing, wonderful and breathtakingly creative. And a few of his pieces, such as The Grosse Fugue, sound like they were written last week.