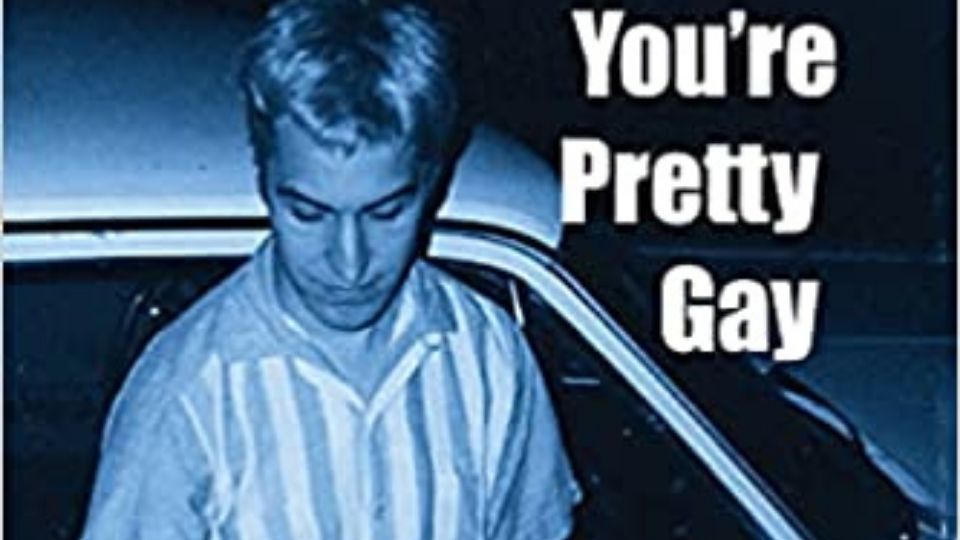 Are we not the protagonist of our own story? Award-winning poet, playwright, and queer-bohemian deep thinker Drew Pisarra knew that when it came to writing his own narrative, the protagonist would sometimes be the villain. Pisarra’s latest book, You’re Pretty Gay (Chaffinch Press) features a collection of essays years in the making. The stories, each well-crafted and delivered with the subtlety of hailstones on a windshield, draw on Pisarra’s own experiences to be sure, but there are times when the reader might be inclined to turn back a page and ask themselves, Did that just happen?

Pisarra has called New York City home for close to twenty years, and the energy of the city often shows through in his work. The collection opens with “Fickle,” a gay man’s homage to sex and love, or perhaps love and sex. There’s a difference. Here, Pisarra takes a chance by writing the piece in the second person, which is as bold as it is interesting. The tone is slightly reminiscent of Bret Easton Ellis’ Less Than Zero, but in this case, love is the drug of choice. To be clear, Pisarra’s gayness can’t be undone or unseen, but the search for love is universal no matter the reader’s sexuality. People shop for sex and hope for love, and in the end, we all wonder if there’s something better out there. Two chapters later, “The Blow” offers no such ambiguity. That is, perhaps until the last line of the story and for different reasons altogether.

It stands to reason that a book with the title, You’re Pretty Gay, says something about the writer, perhaps even the reader as well. But to slap labels on Pisarra’s work as gay-centric isn’t always a perfect fit. At times, Pisarra’s writing feels, well, nostalgic. Several stories take place during a time when an anarchy-filled, free-range childhood was the norm, a far cry from the technology-fueled and social media-driven world of today’s youth. In one outstanding narrative, a thirteen-year-old Pisarra and a couple of pals stumble upon a caterpillar so fascinating and unique, that none other than the Smithsonian Museum must have it for their collection. At this point, Pisarra moves his story over a cliff. Surprisingly, the boys’ own ego and jealousy devolve what should have been a mutual contribution from everyone into a bloody melee. Where are all the adults? Although the innocence of youth feels real enough, there is an oppressive feel of conformity to the story as Drew struggles with his sexuality and hetero expectations.

In the end, Drew Pisarra writes that it’s Every Man for Himself, which is the title of the author’s final work included in the book. Here, the reader gets an unfiltered taste of Pisarra’s post-grad time in a new city, a time where he admits:

So when I relocated to New Orleans after graduation, I set up shop with a purpose. I wanted to get laid. And bad. And often. I was 22 and felt as though I were four years behind my cock’s calendar.

Whether Pisarra realizes it or not, and he probably does, his chapters come full circle. The end is not unlike the beginning, his last chapter curling back toward the first. As far as Drew playing the villain, that depends on your point of view. And perhaps whether or not you’ve been laid lately yourself.

That part, is pretty human.