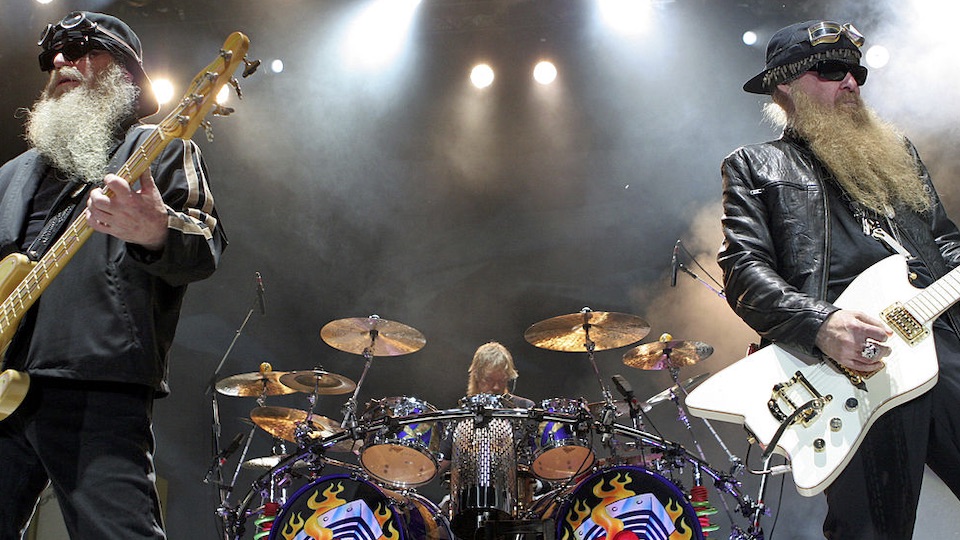 Editor’s Note: This is one of the more unusual stories we’ve published. For an even deeper dive, please have a look at Daniel Ralston’s exhaustive article at Buzzfeed.

In 1969, the Zombies had disbanded and its members had gone their separate ways, with keyboardist Rod Argent happening to wind up in a band named after himself. Two years earlier, the Zombies’ released Odessey and Oracle; an album that would later deservedly be called a classic. But in America, the record and its Odessey typo went virtually unnoticed—until a single  (“Time of the Season”) soared to #3 on the Billboard chart in 1969. This substantial success is the kind of shot in the arm that struggling bands long to hear.

Unfortunately, the British-based Zombies did not hear of their good fortune in the States, but Bill Kehoe and his partner Jim Atherton of Michigan-based Delta Promotions sure did. Delta, managers of “Question Mark and the Mysterians,” believed they could manage and make real money from faux Zombies.  To portray the five-piece Zombies, Delta recruited four Texan blues players; including bassist Dusty Hill and drummer Frank Beard who would eventually form a little ol’ band from Texas named ZZ Top.

But before this prefab group could earn their Zombie stripes, the band was deployed as another defunct band called The Rose Garden, who had a Top 20 hit in 1967 with “Next Plane to London.”  Second fake Zombie guitarist, Mark Ramsey recalls that “Next Plane” was the only Rose Garden song they bothered to learn with the rest of their sets consisting of blues tunes.  Despite the fact that The Rose Garden had a lead female singer (Diana DeRose), this early tribute band had a money-making short tour which meant:

The Zombies could live again!

The band journeyed to Michigan to start their tour and get their publicity pictures taken which featured Dusty and Frank wearing non-British cowboy hats. Ramsay became suspicious that something wasn’t on the up and up when he noticed that unlike himself, the future ZZ Toppers used stage names (D. Cruz and Chris Page).

Ramsey reflected: “So, it’s almost like they knew something was wrong here.”

When some suspicious concert-goers asked how come the band didn’t have a piano player, Ramsey noted that Beard told them that their keyboardist was arrested and languishing in a Dallas jail.

The group went on to hoodwink promoters and small club patrons in Wisconsin, Michigan, New York, and Canada, where they appeared on TV and later played at Prince Albert Royal Penitentiary in Saskatchewan.

“I remember a stagehand, an inmate, who was joking about escaping in my guitar case,” recalled Dusty Hill.  Ramsey commented of their captive audience: “They wanted to know if we had any drugs on us.  Yeah sure, we’re going to perform at a prison and end up staying there.”

Delta Productions, realizing that there were profits to be made from touring reasonable facsimiles of rock bands, decided to tour a second fake Zombies band—as well as very watered-down versions of The Animals and The Archies.

Like the 1977 Beatlemania show that sent scores of imitation Beatles (including future rock star Marshall Crenshaw as John Lennon) out on the road, Delta felt they could do the same with multiple rock bands. They soon discovered that you don’t monkey around with the man who chose The Monkees’ hits: Don Kirshner. Don owned the rights to The Archies and threatened legal action against the flim-flam men from Michigan announcing, “We’ve heard about this group and our lawyers are taking action.”

Don wasn’t the only one who got wise to Delta’s deviousness.  Rolling Stone magazine interviewed Delta’s Bill Kehoe who falsely claimed that the “American Zombies” formed because “the lead singer of the Zombies was killed and two other guys left.”  A real Zombie, bassist Chris White, fumed that the frauds were “taking money from our fans and dragging down our reputation.”

Then there was the time one of the fake Zombies almost went permanently down.  Rod Argent stated:

“There was one story where this band was going around making money and they were pretty terrible. This guy in the audience got very frustrated and he went into the dressing room afterward, confronted the drummer, and said, ‘You’re not Hugh Grundy.’ (Grundy was the real Zombies’ drummer). The phony responded, ‘Oh, yes I am.’  The first guy replied, ‘Listen, you’re not Hugh Grundy!’ And he pulled out a gun and pointed it at him.  And the guy said, ‘Okay, okay.  I’m not!  And we won’t play again.’ That was the end of those fake Zombies apparently.”

But before Delta could face a team of lawyers and after a baseball bat-wielding Eric Burdon (lead singer of the real Animals) plus a batch of bikers who showed up at a fake Animals concert to dissuade them from performing, the sham hit factory dissolved all of their groups and business.

As for the first edition of the Zombie impostors, Ramsey went back to school in Texas where he studied to become a teacher.  His bandmate, slide guitarist, Sebastian Meador, formed the Werewolves who cut two RCA albums in 1978 (the first produced by the Rolling Stones’ svengali, Andrew Loog Oldham) before his death from a brain tumor in 1980.

And two of the fakes went on to become real rock stars.

Why doesn’t ZZ Top’s drummer have a foot-long beard like his two bandmates–even though his last name is “Beard”?

7 comments on “ZZ Top Versus The Zombies”