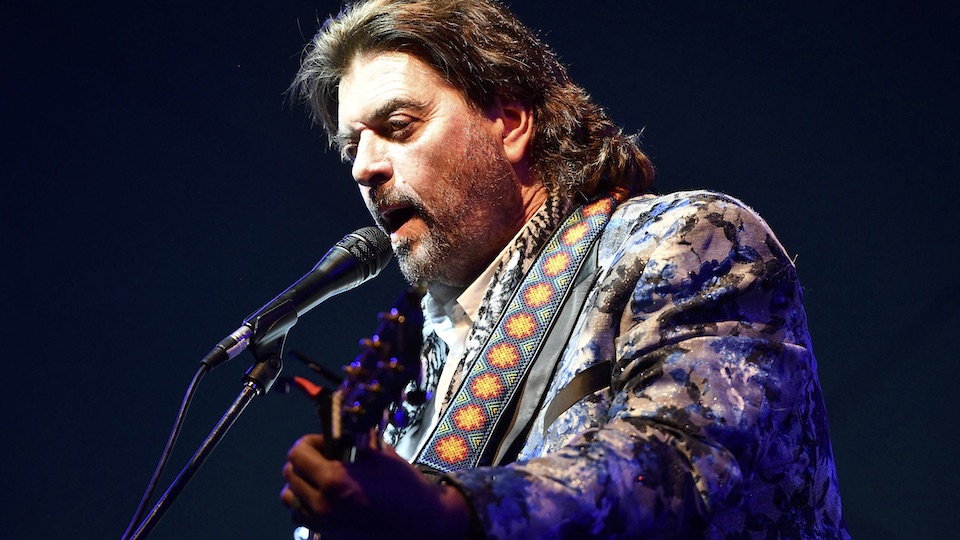 One of life’s genuine polymaths, Alan Parsons rose through rock n’ roll’s great ranks by working with The Beatles on their seminal Abbey Road. Furthering his credentials, Parsons collaborated with Pink Floyd on the colossal Dark Side of The Moon, before opting to record his own material. Co-founding The Alan Parsons Project with singer/songwriter Eric Woolfson, Parsons invited a panoply of vocalists to sing on his material. He’s continued that approach on his solo work, although he has been known to sing a song here and there himself. Here’s a list of some of his best:

“The Raven”: With his commitment to the group set, Parsons opted to invoke Edgar Allan Poe on the band’s fiery first effort. The same prose, with all their dark imagery, suited Parsons’ gravelly voice, who wound up singing with Zeffirelli protégé Leonard Whiting. As dazzling today as it was in 1976, the song revels in a macabre rarely associated with the outfit.

“The Eagle Will Rise Again”: Centred on the pyramids that brought beauty, decadence, and power to Ancient Egypt, Pyramid remains a tentpole of 70s conceptual pop. More than that, this spectral beauty- as capably sung by The Zombies Colin Blunstone- touches on the ghosts that hide beneath these impressive acts of architectural ingenuity. Building up from a soft, shallow keyboard, the song develops until the rollicking chorus kicks in. And then it arrives, capturing the song’s sensual tone with accurate, almost McCartney- like, resonance.

“Time”: The Turn of a Friendly Card offered a veritable showcase for Parson’s wide-ranging skills as an arranger, composer, and producer. And then there’s “Time,” the album’s soothing, spiritual standard. Caught between two vocals and a string ensemble, sits one of The Alan Parsons Project’s most reflective melodies. Matching this reflective tone comes a watery lyric, journeying with the listeners through the varying chord changes.

“Eye In The Sky”: The extent of Eric Woolfson’s enthusiasm for the track is clear from the fact that he sings the jaunty number himself. Yet, while a monster track on the US singles charts, it remains one of the band’s most animated numbers. Reaching an impressive number one position in Spain, the song – with its straightforward verse/chorus/outro arrangement – was universal enough to be enjoyed by everyone.

“Ammonia Avenue”: Arguably the most assured, and certainly the most consistent, of The Alan Parsons Project albums, Ammonia Avenue pictured a Britain slowly being forgotten by time. In an apparent attempt to pay tribute to the workers whose lives were changing under the decade’s new regime, Woolfson composed his most textured lyric, building a world by which listeners could join in with the workers whose lives were regressing rapidly. It remains Woolfson’s acme as songwriter, vocalist, and storyteller.

“Don’t Answer Me”: Woolfson’s back on vocal duties, but this time it’s less about the detail and more about the devilish hit. With its Spector-esque hook and thunderous drum sound, the song proved a single with a capital “S.” More than that, it came with a slick, colorful video, channeling the comic windows that delight school children on a Saturday.

“Wine From The Water”: That The Alan Parsons Project were relaxing their creative output in the early nineties, is evident from Try Anything Once, Parsons’ first solo album. And yet, as ever, he could turn to other voices to carry his album, as evident on this tune. Sung by Eric Stewart (10cc, The Mindbenders), the idiosyncratic number is as seductive as any Parsons wrote with Woolfson. Musically, the most cogent and original element is purely incidental: a funk heavy bass part carrying the tune to the joyous chorus.

“Blue Blue Sky”: Stewart is back, bringing the voice he used so beautifully on the soaring “I’m Not In Love.” Stewart and Parsons-both of whom collaborated with Paul McCartney on his solo albums-create a soundscape that could easily pass as the third chapter that began with “Blackbird” and continued on “Bluebird”.

“As Lights Fall”: 2019’s The Secret found Parsons in unusually chirpy form. While holding magic in real affection, Parsons opted to write a whole album about the art of the illusory. More than that, the album found the songwriter in an almost autumnal, mood. Many surmised “As Lights Fall” as Parsons bidding farewell to a genre that owed more to him than he did to it. They shouldn’t have. “The video with the pirates takes away from the magicians, but that’s fine,” Parsons admitted to We Are Cult. “It’s not autobiographical. When we were writing it, Dan Tracey and I were writing about a performer looking at the end.”

“The Limelight Fades”: 2019’s The Secret is Parson’s latest work, making it the hardest to critique, but easiest to enjoy. And there’s much to enjoy on this sprawling ballad, capturing the essences that made Parsons seventies/eighties work the beloved catalog that it is.

5 comments on “10 Alan Parsons Songs Worth A Re-Listen”