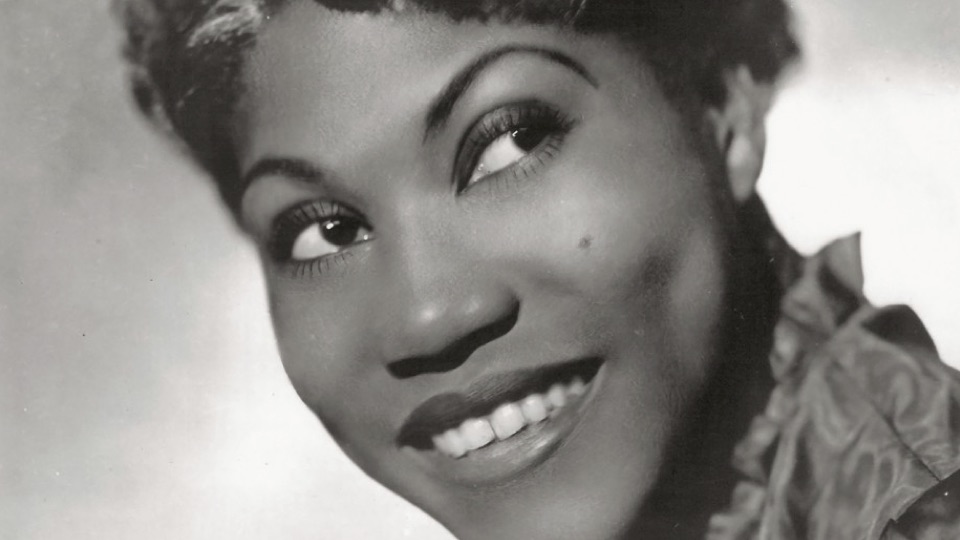 It’s no secret that female artists have historically been underappreciated, and frequently badly served by the music industry. Often having to fight considerably harder than their male counterparts, contemporary trail-blazers such as Beyoncé readily acknowledge a debt to the pioneering musicians who came before them. With that in mind, this modest list attempts to shine a light on some of those lesser-known names who pushed the boundaries in their respective genres long before the likes of Björk hit the stage. From the Queen of electric blues to the first Funk Princess, these five female artists are all deserving of wider recognition.

Those who believe Jimi Hendrix invented the electric-guitar-superstar need to check out Sister Rosetta. In fact, any fan of rock music should listen. An incredibly popular gospel performer, Tharpe courted controversy by turning to ‘the devil’s music,” playing burning blues licks and belting out hard tales with the best of them. Often, however, Tharpe united her two sides, conjuring hot guitar riffs over exuberant, thumping gospel songs. Her recordings stand as vital landmarks on the roadmap of modern music. Among her many achievements, Tharpe kick-started the career of Richard Penniman, who would later record as Little Richard, the first androgynous rock-star.

Across her recording lifetime, pianist and harpist Alice Coltrane laid down a challenging, deeply spiritual, and eminently rewarding discography. Her playing was highly expressive and affecting, crossing the line from jazz to incorporate choral, ambient, and even funk and soul elements. There are a half-dozen albums recorded with her husband, John, on which you can experience her beguiling, free-flowing style, but it is her solo work that you should head to. Start with A Monastic Trio (Columbia, 1968) and journey from there.

When an artist’s songs have been covered by Bob Dylan, Joan Baez, and Jerry Garcia, it is inarguable that they deserve further exploration. Song-writer and guitarist Elizabeth Cotton, a North Carolina native, was a teenage prodigy before the term was invented. She pioneered the two-bass-note ‘cotton-picking’ guitar style; Cotton played a guitar upside down, plucking melody with her thumb and the lower strings with her fingers. She once worked as a maid for the musically profligate Seeger family, caring for a young Mike and Peggy Seeger. Mike would later produce many of Cotton’s recordings. It was the Seeger’s who persuaded Cotton to take her music seriously and to begin performing in public, spurred on by the 1960s folk revival. It is to our lasting benefit that she did so.

Martell makes this list both by dint of her talent and for two extraordinary achievements. She was the first commercially successful African-American country star, and the first black woman to play the legendary Grand Ole Opry. By doing this, Martell widened the field for black artists, opening a space previously closed to them. Criminally under-recorded, Martell released only one album, 1970s wonderfully-titled Color Me Country, but what a fine album it is. Fans of country music not already familiar with this lovely set will want to check it out. It is an inspiring and highly enjoyable slice of music history.

Those not familiar with the extraordinary music of Betty Davis may be astonished to hear her swaggering, deep, and nasty (in the good sense) funk music, recorded years before punk and several decades before the current crop of admirably self-assured and independent female artists.

Born in North Carolina, Davis cut four albums between the years 1973 – 1976. They remain a startling, joyous listen. Fans of jazz legend Miles Davis, to whom Betty Davis was married for a time, may well hear echoes of Miles’ electro-funk classics Bitches Brew and On The Corner. Miles openly credited Betty with introducing him to the ‘total’ funk grooves of Sly Stone and Jimi Hendrix. For proof of Betty Davis’ skills, listen to her 1974 album They Say I’m Different (which she also self-produced). By any standards, her discography is up there with the very best.