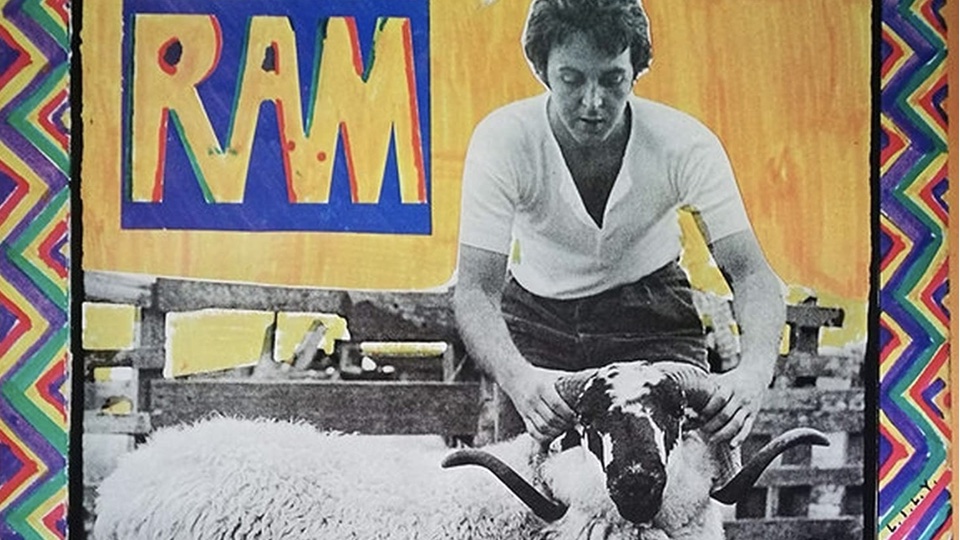 (A version of this story, by our pal Ken Womack, was originally published by Salon on May 19, 2021. Reprinted with permission.)

It may be an overly lofty thing to say, but Paul McCartney was born to compose popular music. There is no better living document to his gift for concocting pop confections than Ram, his 1971 album with wife Linda. Coming on the heels of his eponymous debut LP with the classic “Maybe I’m Amazed” as its centerpiece, Ram provided a vivid showcase for the former Beatle’s wide-ranging, seemingly effortless talents.

Ram’s sonic palette is so rich and varied, so utterly filled with whimsy, that each new cut sizzles with virtuosity and drama. That’s right—drama. Take the opening track, “Too Many People,” which showcases McCartney’s unparalleled pop organicism. Ram absolutely drips with melodic experimentation, with Paul and Linda leading their band through one adventurous song after another. With “Too Many People,” McCartney herds his musicians through a slow burn that culminates in a dramatic, power-pop explosion.

And it doesn’t end there. Songs like “Uncle Albert/Admiral Halsey” brim with the creative caprice inherent in McCartney’s pop-music storytelling, merging standard rock combo structures with orchestration and a panoply of vocal and studio-inflected nuances.

An especially fine example of McCartney’s pop-music mastery on Ram is “Monkberry Moon Delight.” As a much younger person, I remember being put-off—even slightly frightened—by the song’s utter strangeness, especially McCartney’s daunting lead vocal, which has a darkness that left me cowering beneath the bedclothes.

If the album has a masterpiece, it’s “The Back Seat of My Car.” Following the closing strains of “Ram On,” which weaves in and out of the LP like a mantra, “The Back Seat of My Car” finds McCartney trying on yet another vocal texture. Indeed, in his vast catalogue—including both his Beatles and solo work—there may be no better platform for gleaning his breathtaking vocal range and knack for improvisation than Ram.

As with “Too Many People,” “The Back Seat of My Car” has everything and the kitchen sink, climaxing in a cacophony of musical drama, competing tonalities and melodies, and, in the best sense of the word, noise. As compositions go, the song is just as exquisite and inventive today as it was back in May 1971. With Ram, McCartney’s pop-music virtuosity has never shone brighter.

Join Kenneth Womack and Scott Freiman for their Fab Four Master Class on Ram on Thursday, June 23, 2022 at 8 pm Eastern to hear about these songs plus rare demos, footage, and much more. Register here.

We should also mention that if you bring a friend to “class,” we’ll give you a free pass to the next one. Read more about that here.

3 comments on “Keep Ramming On: Appreciating One of Sir Paul’s Finest Works”