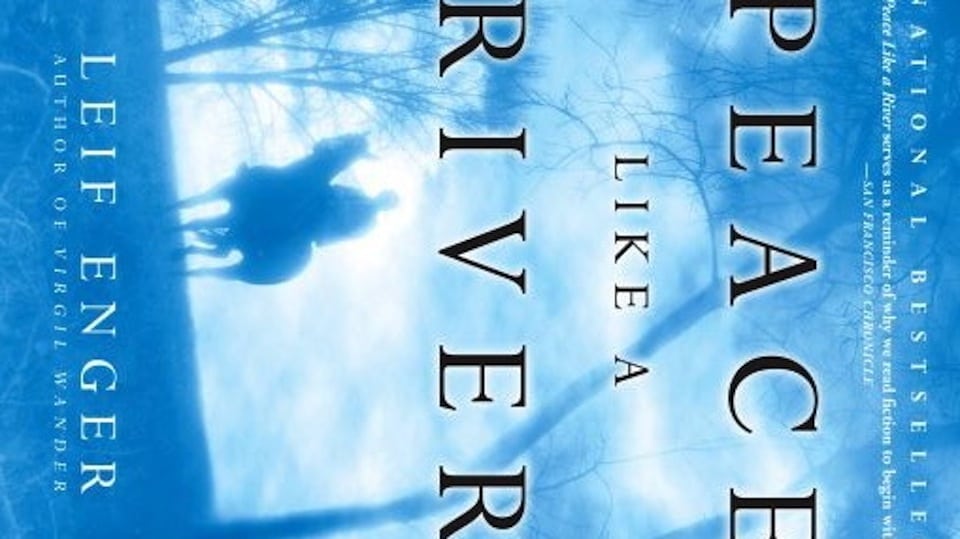 There are books you fly through. There are books you put down and never pick up again. And then there are books, like Peace Like a River, that you savor. You promise yourself you’ll just read one chapter because you want it to last longer. Then you look up and an hour has flown by. Guiltily, you put the book down and think when it might be reasonable to pick it up again. Repeat till you have finished the book in much less time that you wished.

Peace Like a River, by Leif Enger, is a first novel. Publishers Weekly reviewed it when it came out in 2001:

“Dead for 10 minutes before his father orders him to breathe in the name of the living God, Reuben Land is living proof that the world is full of miracles. But it’s the impassioned honesty of his quiet, measured narrative voice that gives weight and truth to the fantastic elements of this engrossing tale. From the vantage point of adulthood, Reuben tells how his father rescued his brother Davy’s girlfriend from two attackers, how that led to Davy being jailed for murder and how, once Davy escapes and heads south for the Badlands of North Dakota, 12-year-old Reuben, his younger sister Swede and their janitor father light out after him. But the FBI is following Davy as well, and Reuben has a part to play in the finale of that chase, just as he had a part to play in his brother’s trial. It’s the kind of story that used to be material for ballads, and Enger twines in numerous references to the Old West, chiefly through the rhymed poetry Swede writes about a hero called Sunny Sundown. That the story is set in the early ’60s in Minnesota gives it an archetypal feel, evoking a time when the possibility of getting lost in the country still existed. Enger has created a world of signs, where dead crows fall in a snowstorm and vagrants lie curled up in fields, in which everything is significant, everything has weight and comprehension is always fleeting. This is a stunning debut novel, one that sneaks up on you like a whisper and warms you like a quilt in a North Dakota winter, a novel about faith, miracles and family that is, ultimately, miraculous.”

It carries you along till you can’t believe where you are. It’s a magical time you can’t quite place — filled with characters you wonder about long after you have finished the book. It’s made for a cozy winter evening, but will also make the time fly by on a plane. Read it and I dare you to stop after one chapter.

Photo Credit: Fair use image of Peace Like a River book cover

1 comment on “Back From the Dead and Onto Bookshelves Everywhere”