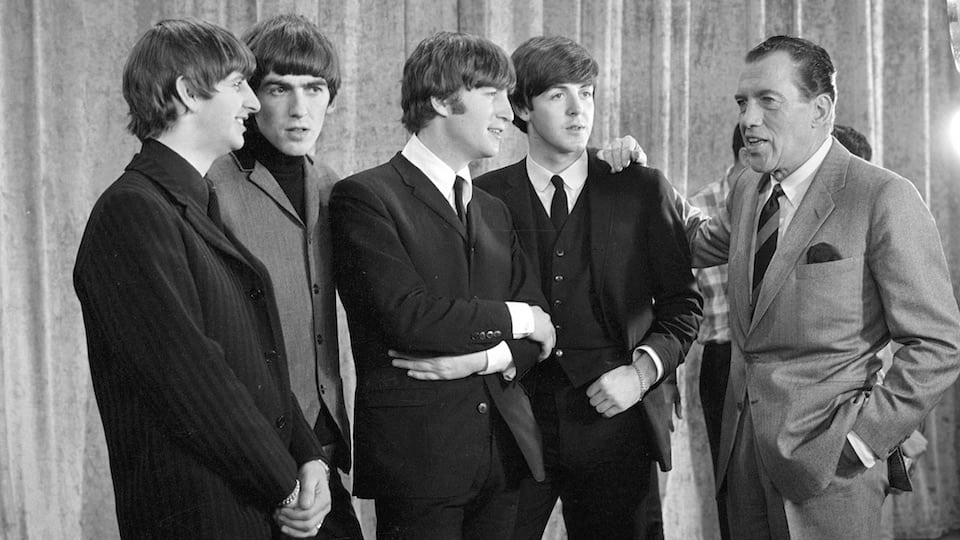 Rendered for splendid high-definition viewing, the digitally-enhanced re-release of The Four Complete Ed Sullivan Shows Starring the Beatles is a welcome sight indeed. Chock full of extras (including Sullivan’s 1964 London interview with the bandmates), the two-DVD set is worthy of purchase alone for the Beatles’ legend-making appearances on Ed Sullivan’s weekly variety show.

The backstory of the group’s appearances on The Ed Sullivan Show is a key aspect of Beatles lore. The first trio of performances, conducted in New York City and Miami Beach, occurred on consecutive Sunday evenings, Feb. 9, Feb. 16, and Feb. 23. On that fabled first night, the Beatles made their American debut at the Ed Sullivan Theatre for a blockbuster audience of 73 million television viewers.

Everything Fab Four: “The Esher Demos and the Beatles’ White Album”

In the blink of an eye, the band went from British cultural oddity to a juggernaut, performing such classic tunes as “I Want to Hold Your Hand,” “She Loves You,” “I Saw Her Standing There,” “All My Loving,” “Please Please Me,” and “Twist and Shout.” The collection’s fourth episode marks the Beatles’ last live appearance on the variety show, originally broadcast on Aug. 14, 1965, the night before their groundbreaking Shea Stadium concert. For this episode of The Ed Sullivan Show, the group performed their latest spate of hits, including “Yesterday” (complete with a pre-recorded orchestral backing track), “Ticket to Ride,” and “Help!”

“Artists Reflect on The Beatles In Their Lives”

But what really makes the four episodes special are the mid-1960s-era acts and advertisements that adorn these original episodes of The Ed Sullivan Show. The Beatles’ performances are essential viewing, of course, but the period commercials and Sullivan’s weekly menagerie of guests from all walks of showbiz are something to behold. Take Frank Gorshin’s edgy standup routine on the Feb. 9 episode. In short order, the future “Riddler” from the Batman TV show lays waste to the politicians of the day. And then there’s the cast of Broadway’s Oliver! with future Monkee Davy Jones turning in a standout role as the Artful Dodger. The folks from Oliver! underscore the varied nature of Sullivan’s show, which was equally at home with the Beatles and Gorshin, Oliver! and the “Fast Pain Relief” of Anacin.

In its own way, the collection helpfully provides us with a living historical context for understanding the Beatles’ American debut, a time when a seemingly black-and-white present collided head-on with the band’s time-eclipsing sound. For the group’s first-generation fans, The Ed Sullivan Show was Ground Zero for a rapidly encroaching future. But for those of us who weren’t there in front of the TV set on those magical Sunday nights, these DVDs are a great place to start.

0 comments on “Everything Fab Four: “Ladies and Gentlemen, the Beatles!””