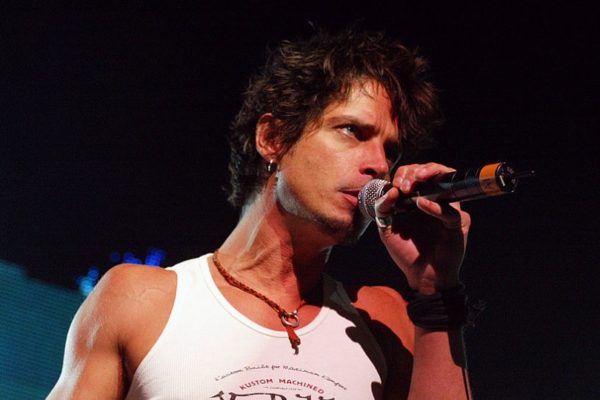 For many of us who came of age during the ‘90s, Chris Cornell’s voice will always remind us of our youth. Which is why his recent death felt so painful. I am going to miss Chris Cornell’s voice in the same way that I miss Philip Seymour Hoffman’s acting. That might seem like an odd analogy but the first thing I thought of when I heard about Hoffman’s death was that we are going to miss out on another 30 years of amazing performances. Well, the same goes for Cornell. He was not only the kick-ass front-man of Soundgarden, Temple of the Dog and Audioslave, he was also a master interpreter of others’ music. Here are five songs that show how he could make any song his own.

During this concert in Reading, PA in 2013, Cornell blew the minds of the fans in attendance by performing a mashup cover of two songs titled “One” by playing the U2 melody while singing the Metallica lyrics. Mixing a romantic ballad with a metal despair might seem blasphemous until you listen to how brilliantly he fuses the two. If you want to have your mind blown even more, listen to Metallica’s “One” right before or after Cornell’s performance. It’s that good.

Bob Marley has got to be one of the most covered artists of all time yet you only need to check your arm when Cornell wails “Cause all I ever have… redemption songs…” to see that you have goose-bumps. To his credit, he’s not attempting to mimic Marley or invoke a reggae style. It’s just an acoustic guitar and Cornell’s incredibly soulful delivery that defies the odds to generate a reaction as powerful as that caused by the original.

3. Prince’s “Nothing Compares to You”

Listening to this interpretation will not only challenge your loyalty to Sinead O’Connor’s version but will leave you wishing Cornell had tackled the entire Purple Rain soundtrack. Watching him open his mouth and sing “It’s been seven hours and fifteen days…” in this video from a Sirius XM studio might not cause you to utter “Oh my god!” out loud in a coffeeshop and get a lump in your throat like I did, but you’re sure to think this is one of the greatest Prince covers ever.

4. Dolly Parton’s “I Will Always Love You”

Sure, the song was immortalized by pop diva Whitney Houston by way of The Bodyguard but only the most casual Soundgarden fan will be surprised that the guy behind “My Wave” and “Spoonman” would redefine this cheesy classic. Cornell wows the crowd by bringing out the kind of longing and heartbreak you’d expect Bruce Springsteen would if the Boss ever covered this song (and if he could hit the notes as effortlessly as Cornell could).

“A Day in the Life” ranks as one of the greatest examples of Paul McCartney’s and John Lennon’s combined genius in the studio. Cornell manages to capture a similar feel in a stripped-down performance as he puts his particular spin on the verses. Like Lennon, Cornell put his heart and his soul into his performances which seems to guarantee that will also be discovering how deeply this sadly lost artist can move you.