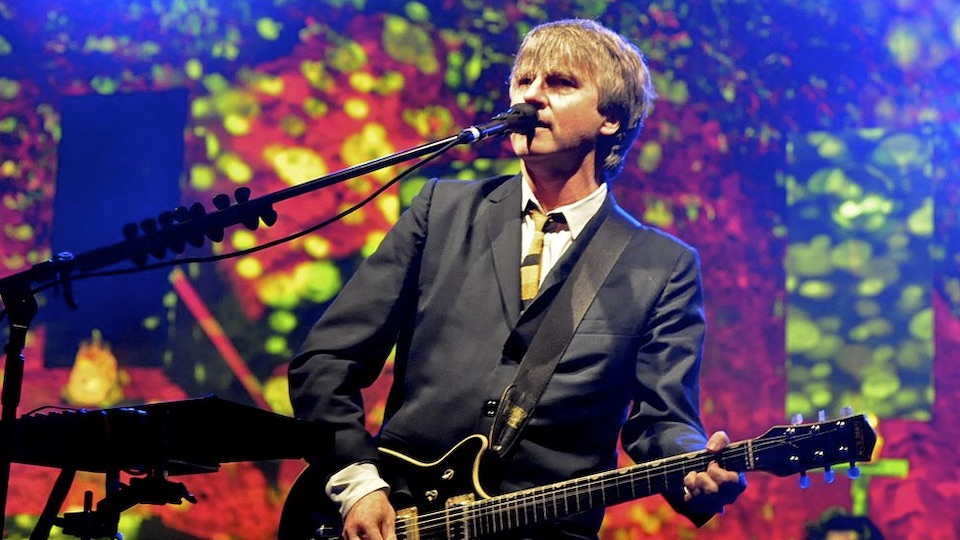 Having spent much of his creative energy in Split Enz, vocalist Neil Finn elected to form a new band in the mold of more commercially tinted rock. With his natural wit and precocity for melody, Finn and Crowded House were a sure-fire hit. Their newest work, Dreamers Are Waiting (out 6/4), seems predicated to carry on the legacy by combining the soaring choruses of old with a more modern-day sensibility. In the meantime, here are ten great Crowded House tracks to savor.

“Mean To Me”: Straight from the jump, this trio means business. Crowded House, a punchy debut that serves as a midway point between the chorus heavy antics of the new outfit and the offerings produced by the more cryptic Split Enz, is awash with spirit, and “Mean To Me,”  driven by a turbo-charged keyboard line, proved the perfect choice as the first single.

“World Where You Live”: If “Mean To Me” served as a palette cleanser for Split Enz fans, “World Where You Live” plunged listeners straight into the new lexicon of Melbourne-based rock. Complete with an infectious chorus, and Paul Hester’s guided, galloping drum beat, the song found an audience in America, where it hit the Billboard Top Seventy in 1987.

“Don’t Dream It’s Over”: Although he’d long been known for balladeering, “Don’t Dream It’s Over” finds Neil Finn in strangely vulnerable mode. Rather than decorate a world of never-ending fantasies, Finn finds himself committed to the memories that have drawn two lovers together. An instant classic from the moment it was released, the song had greater resonances in Europe, as the Soviet Union-once the bastions of Socialism- were lightening their grip on the Eastern Borders. But however hard the walls crumbled, the memories stayed intact.

“Weather With You”: During a brief reprieve from the band, Neil reunited with older brother Tim for a tentative “Finn Brothers” project. When Capitol Records declined Crowded House’s proposed third album, the brothers agreed to replace the tracks with the songs they’d worked out together. Tim Finn sang beside his brother on the album, and even toured with the group in 1991, but had parted from the group by the time “Weather With You” was filmed.

“Four Seasons In One Day”: “Four seasons in one day” was a common Melbourne phrase, ’cause you go from a blazing hot, sunny day to raining and then it’d be hailing that night,” Crowded House vocalist Neil Finn recalled; “ [Tim Finn] and I were riding in emotional roller coasters a lot of the time and there was a lot of angst around that period. So it was a good description of the many moods of us collectively and individually.” An unusually abrasive song for a band best known for their upbeat work, the song is cloaked in melancholic piano patterns, capturing the band at their most fractured and ferocious.

“Distant Sun”: Determined to broaden their musical horizons, Crowded House welcomed keyboardist/guitarist Mark Hart into the fold for Together Alone. Killing Joke bassist Youth served as co-producer, earmarking a jaunty production style for “Distant Sun” that felt pleasantly McCartney-esque. And with the erstwhile Beatle focusing his attentions on more dance-oriented territories for The Fireman, “Distant Sun” gave Youth his chance to work on something that could well have ended up on The White Album.

“Fingers of Love”: Let’s just go out and say this: this is Crowded House’s finest song. Everything from the spiraling guitar lick, to the thunderous lyric, is brimming with energy and flavor. Guitarist Mark Hart declared the song his favorite to play live, especially as it offered him the chance to develop on the song’s burning solo. Situated on the Farewell to the World film, the song reveled in a live setting, and it may have been the song that encouraged Finn and Hart to reform Crowded House in the new millennium.

“Don’t Stop Now”: Purportedly penciled as a Neil Finn solo track, the song inevitably turned up on a 2007 comeback album, Time on Earth. The song introduced Matt Sherrod to the fold, following Paul Hester’s tragic death in 2005. Considering the nature of Hester’s passing, the song holds a strangely liturgical tone and could be interpreted as Finn’s farewell to a friend who had joined him in two consecutive bands.

“Isolation”: The song features Liam Finn on guitar, and what a guitar contribution it is too. Caught within the intensity of his father’s work, the younger Finn decorates the soundscape with surprising honesty and flair. Liam and Neil furthered the metaphor in 2018 when they released Lightsleeper, the duo’s presentation as themselves as craftsmen and family men.

“To The Island”: Featured on the upcoming Dreamers Are Waiting, the song proves a celebration of the world’s resilience to the Covid-19 Pandemic. Neil Finn sounds buoyant, earmarking a world where man and woman can join together for the love of lyric, melody, and song.

3 comments on “Crowded House: Ten Of Their Best Songs”