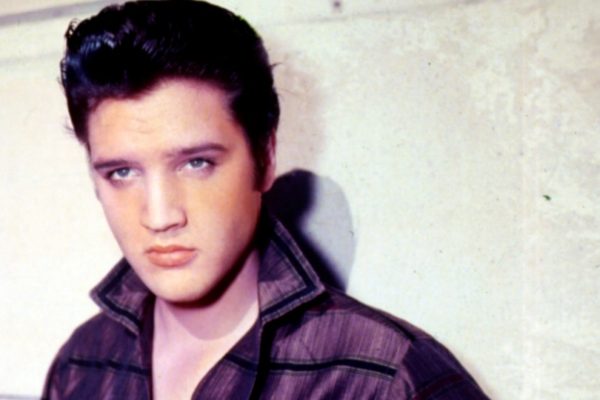 Elvis Presley was nothing short of iconic. Dubbed “The King,” the man was an undeniable influence on legions of musicians – The Beatles, The Rolling Stones, and Bob Dylan but a handful among them.

Still, the impact of Elvis, at least at its most significant, could arguably be recognized as more of a cultural than musical one. Much like the mop-top iteration of The Beatles which would arrive soon after, the operative statement was more so in the presentation of the music than in the music itself.

Though let’s be clear: Elvis Presley carried substantial influence on a musical level. The warbling, emotive baritone, the distinct color of his vocal passages, and the ever-so-subtle coarseness meticulously applied to specific syllables were instrumental in the establishment of rock music as listeners know it today.

“The King” was even known to frequently play on his own songs, despite having been an “ear” musician who never received formal musical training. Presley would often contribute acoustic rhythm guitar to his Sun Records recordings and was known to play piano and electric bass throughout his career. Despite an evident natural talent, Elvis never developed his musicianship to the degree of contemporaries like Chuck Berry and Jerry Lee Lewis, and the virtuoso playing was generally left to the backing band.

Bursting onto the scene with cuts like “Hound Dog” and “Heartbreak Hotel,” Elvis was the embodiment of an attitude, one which had arrived on the back of a societal and cultural shift of which Presley would be deemed the figurehead.

This attitude would establish the template by which swarms of artists to come would construct their own images and styles, lending a certain deal of credence to the “King of Rock & Roll” moniker.

This is where that decisive influence begins and ends. While all-time greats would make a habit of name-dropping Elvis when asked about their influences, the recordings referenced in these exchanges almost invariably entail his mid-50s output. Seldom does one happen upon enthusiastic retellings of the earth-shattering influence of the pop, gospel or – Heaven forbid – film soundtrack phases of Presley’s career.

The fact is, Elvis’ inherent skill set didn’t necessarily lend itself to the conjuring of landscape-altering material, but rather, to the framing of existing material in such a way as to endow it with a distinct air of consequence.

The format to which the singer applied his trademark aesthetic was rooted in rockabilly and early rhythm & blues forms which had been routinely practiced in African American musical circles for decades. As such, upon becoming musicians themselves, the interests of artists influenced by Presley often shifted to more richly nuanced avenues of musical discovery.

“As impressed as I was with Elvis, I was even more impressed by Scotty Moore and the band,”  wrote Keith Richards in his 2010 memoir, Life. “Without Elvis, there would be no Beatles,” John Lennon once asserted. “When I first heard ‘Heartbreak Hotel’, my whole life changed.”

But Lennon was unrelenting in the development of his art and – despite rising to prominence, at least in part, as a result of inspiration drawn from the “Blue Suede Shoes” singer – was quickly devouring the abstract poetry of Bob Dylan and the virtuosic blues acrobatics of Cream and Eric Clapton.

A link shared between Richards and Lennon is each man’s indispensability in the establishment of the self-sustaining unit in pop music. That is to say, each comprised one half of a songwriting partnership which, through the exceptional work and nearly unprecedented popularity of their respective groups, normalized the notion of pop singers regularly recording and performing original material.

This massive sea change revealed a critical shortcoming in Presley’s already precarious musical arsenal: despite having recorded over 600 songs over the course of his career, historical consensus dictates that he wrote none of them.

Such contentious assertions can be tricky territory to navigate, and can never be issued with any degree of certainty due to the fallible nature of documentation during the time this work was being produced. Nonetheless, by most accounts, the songwriting credits attached to Presley’s name came about more as the result of the infamous business maneuvering of his manager, Colonel Tom Parker, than of any discernible lyrical or compositional contribution.

It is this development to which the cultural and musical shift in admiration for Presley the artist can be traced, and so too the reassessment of his artistic contributions as worthy of warranting the “ King of Rock & Roll” moniker – particularly in the face of musical advancements made by contemporaries such as Little Richard and Chuck Berry who, notably, were black performers.

“The King” himself appeared to have been cognizant of the role black music played in the development of his own music and subsequent success. “The colored folks been singing it and playing it just like I’m doin’ now, man, for more years than I know,” Presley said early in his career. “They played it like that in their shanties and in their juke joints and nobody paid it no mind ’til I goosed it up. I got it from them.”

It was a then-predominantly white society that designated Elvis the “King of Rock & Roll.” Critical reevaluations of work from seminal artists of this time have sparked substantial debate regarding whom – if anyone – is worthy of such a title.

While Elvis’ influence remains palpable, “The King’s” legacy has evolved into more one of a cultural innovator and forebear akin to Judy Garland, James Dean, or Marilyn Monroe than of a true musical visionary such as Robert Johnson or even Bob Dylan, the latter for whom Presley served as a prominent influence.

This is in no way to discredit Presley’s contributions, artistic or otherwise – it’s simply to bring attention to a subtle but significant distinction in the modern assessment and perception of Elvis as an artist, musician, and cultural figure among his contemporaries, as well as the pioneering acts which would follow and to who he would serve as an indisputable inspiration.