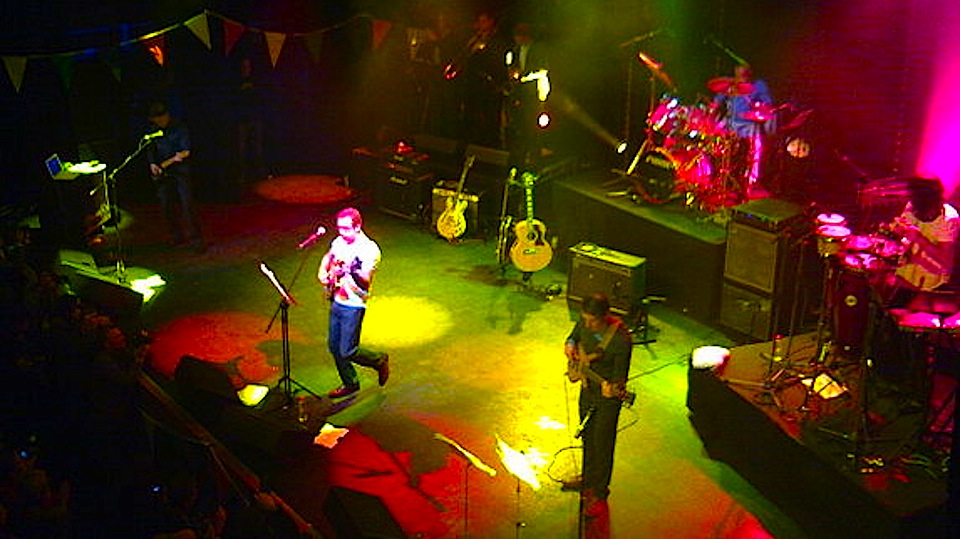 One hot summer night in the ‘80s, I was at a concert down by the New York City Pier. Elvis Costello was the headliner but the opening act Haircut 100 lit up the joint from the very first notes of “Favourite Shirt (Boy Meets Girl)” with horns, guitar, and righteous rhythm. (It didn’t hurt that singer Nick Heyward was dead cute — an absolute magnet for MTV.) In short, they had us on our feet immediately. So who were this band that burst onto the New Wave scene with a string of great songs that still have the power to make you want to move?

Related: “A Flock of Seagulls Have Their Own Orchestral Maneuvers Now”

For Heyward, who originally wanted to be a painter, the heady experience of their out-of-the-gate success was a wild one. In one interview with The Express, he recalls: “It was such a ride, though. I never thought I’d be standing on a balcony in Liverpool with a police escort after a concert – it was like The Beatles! You had to pinch yourself.”

And there was a lot of pinching considering that their 1982 album Pelican West not only yielded the singles “Love Plus One” and the aforementioned “Favourite Shirt” but also made it to number two on the UK charts. Ultimately, that LP went platinum. And then? The stress led to a shakeup of the band. After their debut, Heyward went solo by releasing North of a Miracle in 1983. The album did respectably well and one of its singles, “Whistle Down the Wind,” reached as high as number thirteen. But as the years went on, all of that commercial success sort of…evaporated.

Heyward notes that once the ‘90s hit, he couldn’t land a record deal. So with technology on the rise, his son Oliver — training to be a sound engineer — steered him towards releasing music independently. An early MySpace presence kept him on his most loyal fans’ radars. Now splitting his time between the UK and Florida (his fiancée’s home state), Heyward held fast to the DIY ethic since adopted by so many indie artists. In L.A., he found a lucrative club gig and used that money to rent out small spaces (like spare rooms in the homes of friends) where he could set up recording equipment. He even recorded on a friend’s houseboat in the Florida Keys. In one Stereogum interview he admits, “Instead of buying a house, I just kind of paid for an album.”

The most recent result of that approach is Woodland Echoes which, while not quite like the Haircut 100 sound, encompasses that band’s adventurous musical spirit. Here’s a sample track:

On it, Heyward explores everything from country to his version of power-pop. (He admits a fondness for Green Day and Nirvana.) Overlaying the entire enterprise are the jazz influences that first affected him as a boy. (His parents took him to see artists like Stan Kenton.)

Heyward continues to tour, sharing his new music plus the great Haircut 100 tracks that once got me and other lovers of New Wave dancing in that herky-jerky ‘80s way. So fellow fans of Haircut 100: Let’s just say that your favorite shirt is still on the bed… It just looks a bit different. But don’t we all at this point?