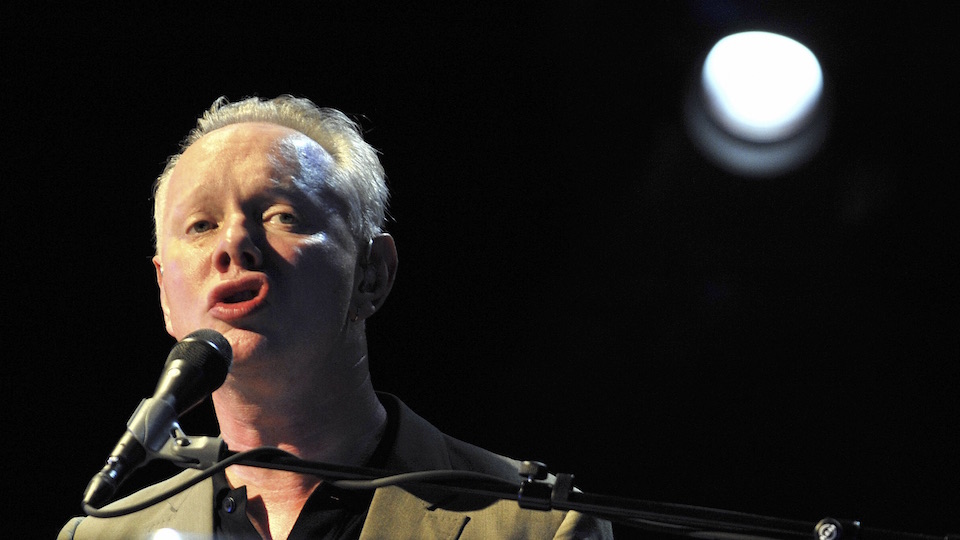 The album cover is unforgettable: a pair of pointy-toed white shoes in a pool of light that managed to signify the stylish punk ethos of the day. I can also still name a half-dozen college friends — at least — who owned Joe Jackson’s first album Look Sharp. Plus, Rolling Stone included the LP on its list of the best debut records of all time. And for good reason. There’s not a bad song on it. And then there was the album’s breakout hit, “Is She Really Going Out With Him,” which has aged incredibly well. This song could climb the charts today.

Related: “The 10 Best Cars Songs You May Have Never Heard”

In an era when various artists were starting to lean synth-heavy and with hair shellacked within an inch of its life, Joe Jackson was refreshingly down to earth. He wore his balding pate proudly. No eye makeup, no tricks — just great, soulful songs. Which isn’t a huge surprise considering his background: Jackson started playing in piano bars when he was just 16. His trademark “cheek” also resulted in a slim memoir written at age 23; his thinking was that no “life of a rock star” got more interesting past that point.

Next year, Look Sharp will celebrate its fortieth anniversary and Jackson (who hasn’t slowed down a bit) is planning to mark it with a brand new project. The album, entitled Fool, is set to come out on Sat., Jan. 19 via earMUSIC, although he’s already given us an early taste with the single “Fabulously Absolute.”

Fool will be Jackson’s twentieth album. Over this long career, his work has ranged from city-sleek-tinged jazz (Night and Day) to classical music (Blaze of Glory). The inspiration for the new project stems from recent experiences with his latest touring band. As he stated on his own website not long ago: “Every time I’ve made an album, I’ve gone on tour afterward, and after a month or two the songs are feeling better, the band is playing better, I’m singing better, and I’m saying ‘damn, I wish we could record the album now.’ Well, I finally did it. Straight into the studio at the end of a tour, still on the road, wherever we played the last show, we would record.”

He added, “I never have an overall theme in mind when I start trying to write songs for an album, but sometimes one will develop. In this case, it’s Comedy and Tragedy, and the way they’re intertwined in all our lives. The songs are about fear and anger and alienation and loss, but also about the things that still make life worth living: friendship, laughter, and music, or art, itself. I couldn’t have done this in 1979. I just hadn’t lived enough.”

The timing of the new project is especially fortuitous. Jackson stated, “When it looked like I’d be recording in late July and mixing around my birthday, in August, it struck me that the only other occasion that had happened was while making my first album. It still took a while for it to sink in: this would be 40 years on. How do I feel about this? Well, how would you feel?! It seems like quite a long time, but it doesn’t seem that long. I don’t feel much different. My hair has gone white, but eyes, ears, and limbs are all still working. I’m still making music because I still love it; if I ever stop loving it, I’ll stop doing it.”

Joe Jackson and his band will mark the release of Fool with a tour that kicks off in Feb. 2019. “We want to celebrate the fact that this is happening after 40 years – anything else would be like sulking in a room by yourself on your own birthday party…I can’t wait.”