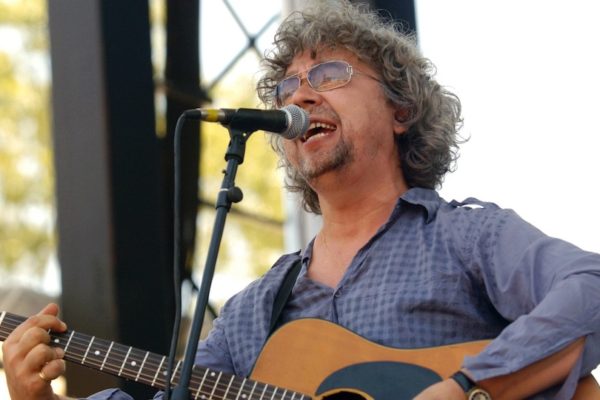 I was recently reminded of two of my favorite 80s tracks: The Waterboys and “Whole of the Moon” (1985) and World Party’s “Ship of Fools” (1987). Both prominently featured Karl Wallinger on vocals, guitar, and keyboards (in differing combinations). Wallinger joined The Waterboys as the keyboard player — but as a multi-instrumentalist, he added orchestrations, bass, and percussion to their sound. He was obsessed with Prince, which resulted in the distinctive keyboard parts to “…Moon” but a fractious relationship with the band’s founder Mike Scott led him to leave and eventually form World Party.

That band had a minor hit in 1987 with “Ship of Fools” with Wallinger on guitar and vocals. 30 years later, the lyrics hold up in a particularly prescient style.

But whatever happened to Wallinger after his ’80s days? Well, a brain aneurysm, that’s what. It hit him hard in 2001, and for a time, he thought he was done (only a small percentage survive something so traumatic). Much of his peripheral vision is gone (and he says seeing the “inside” of his own head during the scans was seriously bananas). But he’s fought back from that scary time — and has been slowly building back up to recording and touring.

Wallinger has done some small tours with a stripped down version of World Party (a trio) – and has been voraciously writing songs which he plans to turn into a new album at the right time. Wallinger has mostly been working to craft the perfect work-music relationship, with a home studio that allows him to hit the “record” button in between meals and family. But the good news is, despite a devastating health crisis, one of the most unique voices of the 80s is still at it. And still sees the “whole of the moon.”

PS. Catch up with some other ’80s talent in our posts Maria McKee’s Next Act, and The Professor Will See You Now: The Many Lives of Thomas Dolby. Plus, you may also enjoy 10 Albums that Defined Being a Teen in the ‘80s.

1 comment on “Karl Wallinger and His New “World Party””