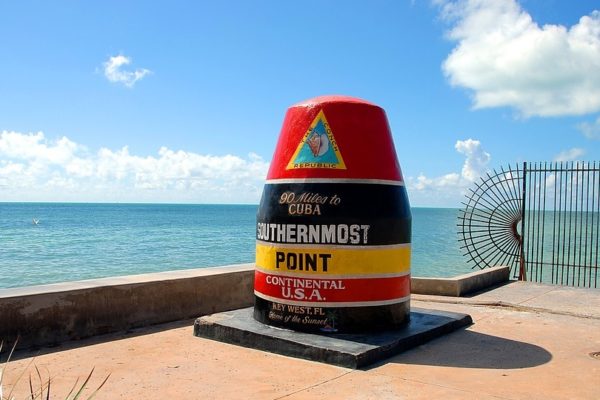 Key West! That sunny southernmost part of the Continental United States. A freewheeling quirk-fest. Greenwich Village with palm trees. The town that snow has never seen. A mecca of cheesy T-shirt shops, classic kitsch, the frequent roar of motorcycles and fabulous key lime pies. However you choose to label it, Key West #&151; which has nothing to do with direction so much as a mispronunciation of the original name “Cayo Hueso” (Spanish for “low island or reef”) — is a crowd-pleaser. Located all the way down Route 1 and sunny darn near all the time, this Florida getaway has joys and surprises for most any tourist. Here are some of our favorites:

Conch Tour Train
Winding its way around the area since 1958, this energetic, quirky, historic 90-minute tour escorts people around in a funky style, giving great information and vibrant anecdotes about the area’s many highlights like the time-trippy Shipwreck Treasury Museum and the exotic Key West Aquarium, among others. At the halfway mark is an excellent gift shop and snack area. To add to the festivities, children are outfitted with cardboard conductor hats.

The Ernest Hemingway Home & Museum
The venerated author loved Key West and spent a decade living in a house so distinct that its airy madness, dark wood, ceiling fans, books and world-wide treasures have become an interior design category all its own. Hemingway’s essence lives on here, and the direct descendants of his beloved 6-toed cats continue to roam the property. It is open to the public and may inspire you to pick up a copy of A Moveable Feast, a good beach read.

Harry S. Truman Little White House
Initially built in 1890 as naval officer housing, this charming if sprawling abode seems a fitting getaway for our earthy 33rd President, who spent 175 days here during his term of office in both a vacationing and governing capacity. In fact, the Trumans — who were quite fond of this part of the world — are represented throughout Key West. There is a long-standing Margaret Truman Launderette, a seeming homage to his beloved daughter even if it IS on the literal corner of Margaret and Truman Streets, and a stylish Truman Hotel. The house is open daily for tours; an endearing slice of presidential history.

Oldest House and Garden Museum
Built in 1829 then transported to Duval Street in 1836, this historic home has been lovingly restored, and landmarked since 1974. Inhabited by the large extended family of Captain Francis Watlington for generations, the estate retains the glory of old Key West, with many nautical aspects and a colorful history. It has gotten through hurricanes, fires, massive reversals of fortune and was occupied by Union troops during the Civil War. This is a glorious preserved survivor and a compelling time capsule.

Sloppy Joe’s Bar
Though the area is long on saloons, no one represents the town better in pub form than Sloppy Joe’s. Originally a speakeasy, this bar remains mostly unchanged from its inception in 1937. Hemingway himself was unsurprisingly a frequent patron of this magical venue, and his debauched presence can still be felt today. There’s great live music and Ernest look-alike contests plus a “Conch Drop” every New Year’s Eve.

Southernmost Point in the U.S.
It’s not much on the face of it, just a large, colorfully painted buoy that proclaims “The Southernmost Point in the Continental U.S.” as it sits jauntily on land at the very bottom of the 48 states. Yet this signpost — a mere 90 miles from Cuba — remains a fun and obligatory place to take a photo, even if it predates selfies. (The marker has been here since 1983.)

St. Paul’s Episcopal Church
This beautiful, steadfast beacon of inclusive spirituality and stunning organ music may be incongruous with Duval Street, Key West’s crazy main drag, but it’s been there since 1832. Clearly, it’s got every right to be there: a gorgeous structure that’s survived at least two destructive hurricanes. Daily services are open to the public and the church also is known for its devotion to the arts and music. We can’t help but sing its praises.

Wide-Angle Sunset at Mallory Square
Public viewing of the multi-hued rich sunsets have been a nightly celebration for decades for tourists and locals alike. People gather at the Mallory Square dock along with the buskers, artists, and peddlers to enjoy a meal, a cocktail and a natural light show to rival the best in fireworks. Rowdy applause breaks out at the moment of sunset. Yes, it’s that good. And it’s free!

PS. You may also our post An Unheralded Great Place with tips for enjoying a visit to San Antonio, Texas. And if you’ve always wanted to head Down Under, now you can without leaving home. Read more in our post Australia’s Brilliance in 360 Degrees.

0 comments on “Key West: Top-Notch Things to Do in Our Bottom-Most City”