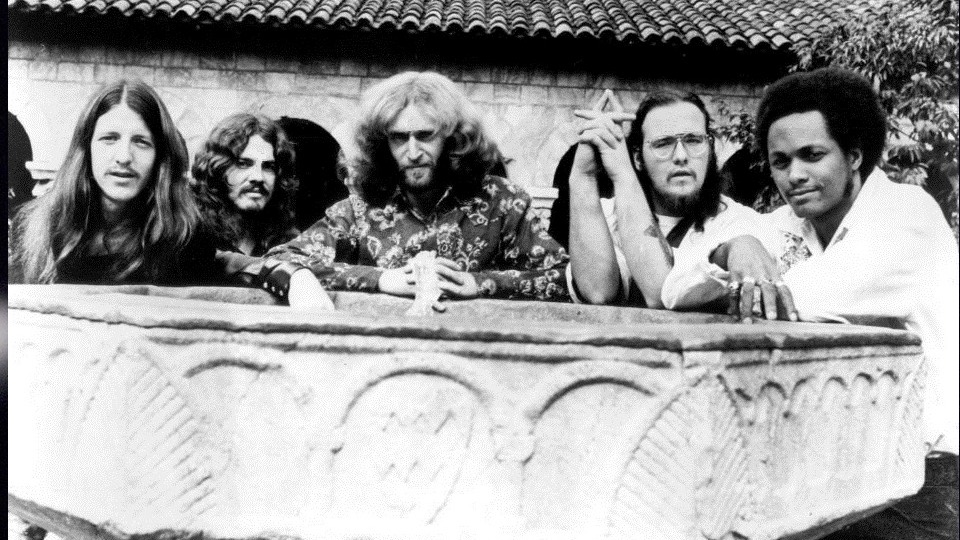 The Doobie Brothers have been filling our playlists since 1969, when founding members Tom Johnston and Pat Simmons broke out of their stultifying childhoods, came to the musical mecca of Northern California, and slowly began the odyssey of The Doobie Brothers.

They begin by jamming with other musicians, performing tiny gigs, opening for others, and slowly developing a following of their own. Johnston and Simmons blended their basic rock sound with enormous soul, more than a hint of blues and ear-grabbing harmonies. Johnston brought his unique vocals and Simmons his finger-picking guitar skills. They have been through a slew of band members and incarnations over the years, but their tracks remain immutable classics: “Long Train Runnin’,” “Black Water,” “Listen to the Music,” “Takin’ it to the Streets,” among many others. And we have not had the pleasure of hearing the story from their own perspective – until now.

Long Train Runnin’ is the long-awaited memoir written by Johnston and Simmons, along with rock journalist Chris Epting. Presented in the form of alternating stories that take us through decades of growth and travails, this is a book that lets us in on their backstage process, love of musical inclusion, and, yes, some squirmy in-fighting.

And we don’t only hear from Tom and Pat. Other members chime in at length, including bassist Tiran Porter, producer Ted Templeman, and other band members like keyboardist Bill Payne, guitarist John McFee and Michael McDonald, who brought his unique voice to the mix well into the band’s tenure, bringing the Doobies to even greater commercial heights. Reading everyone’s subtly differing accounts of band lore gives the memoir an appealing Rashomon feel.

The arc of Long Train Runnin’ is told through the honest, compassionate voices of the players. They confirm that they became “The Doobie Brothers” while idly trying to come up with a good name. Someone commented that they smoked a lot of pot, so why not call themselves “The Doobie Brothers”? For better or for worse, that became their name for all time.

Johnston and Simmons are engaging raconteurs who take turns telling their stories. They’re passionate musicians who embrace all genres and welcome differing styles into the band in service of the best sound. One of the joys of Long Train Runnin’ is their insightful analyses of individual songs and albums. For all the admitted road life debauchery and excesses (Tiran Porter owns this more than the others, but the point is not belabored), Long Train Runnin’ is high on endearing musical geekery and low on prurience.

But it was the life of excess that ultimately changed the shape of the band. Lead singer Tom Johnston had an ulcer which his vices worsened over time and his illness forced him to quit in 1977. Simmons was not about to close up shop, so they chose a fresh voice to fill in.  That voice belonged to Michael McDonald, whose gorgeous bluesy vocals brought the Doobies into a new era and even greater commercial success with their biggest hit, 1979’s “What a Fool Believes.”

McDonald speaks with enormous grace and humility about his part in their ongoing success. By the time Johnston had recovered sufficiently to rejoin the band, he had moved on to other projects. Ultimately a reunion concert in the 1980s brought him back into the mix.

Long Train Runnin’ is a warm, eloquent addition to rock band memoirs. It’s filled with the magic of music and shines a light on vintage tracks and albums (The Doobies churned out dozens of studio, live, and compilation LPs) over the past half-century that feel as fresh, tuneful and relevant as ever. The voices of the participants reveal men of spirit and devotion to their craft, making it abundantly clear why they are in the stratosphere with The Grateful Dead and The Allman Brothers. It’s a readable, moving plea to (in the words of one of their greatest hits) “listen to the music.”