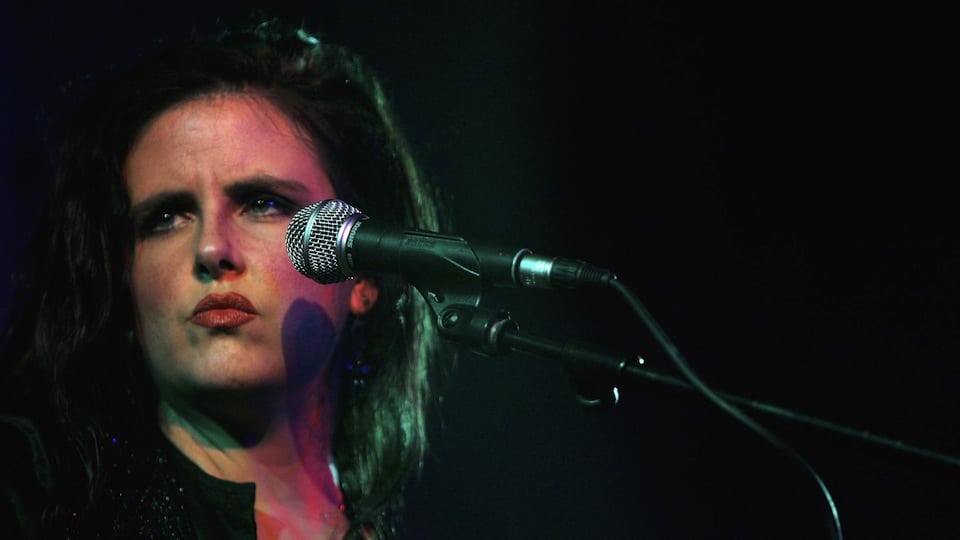 At 18, she was fronting one of the most promising new bands of the ‘80s. Just two albums later, they were done and Maria McKee had some decisions to make. Lone Justice was an L.A. band that won critical raves for their “cowpunk” sound. McKee’s belter of a voice and electric stage presence stunned critics (one called their self-titled 1985 debut album one of the best ever made). They went out on tour with no less than U2 – but even then, McKee says the expectations were getting to her and the band. Personnel changes and pressure from the label to be something they weren’t (less country and punk, more pop and rock) finally pushed her to break up the band after their second album, 1986’s Shelter.

After decompressing, she jumped into a solo career, releasing her eponymous debut record in 1989; her 1993 album, You Gotta Sin to Get Saved, was another critical success. She contributed songs to Pulp Fiction and Days of Thunder. But she still faced demands from her label to record music that was more commercial than she wanted, and in 1996, she took a break, using her time to get out of her deal with the company and plan the next chapter. So twenty years on, what’s up with this uniquely talented singer?

She and her husband Jim Akin have their own label, Viewfinder. She still performs (very) occasionally –but there are three live albums floating around to satisfy her fan’s appetites. Her songs have been covered by the Dixie Chicks, Wynonna Judd, and more, and she contributes the odd song to indie albums.

In 2013, McKee showed another talent, appearing in an indie film written and directed by her husband, called After the Triumph of Your Birth. Akin’s second film, The Ocean of Helena Lee featured a soundtrack composed by her.

After the initial turmoil, frustrations, and burnout of her early career, Maria McKee appears to be deeply content. The title of her ’93 album seems an apt summation: “you gotta sin to get saved.”

3 comments on “Maria McKee’s Next Act”