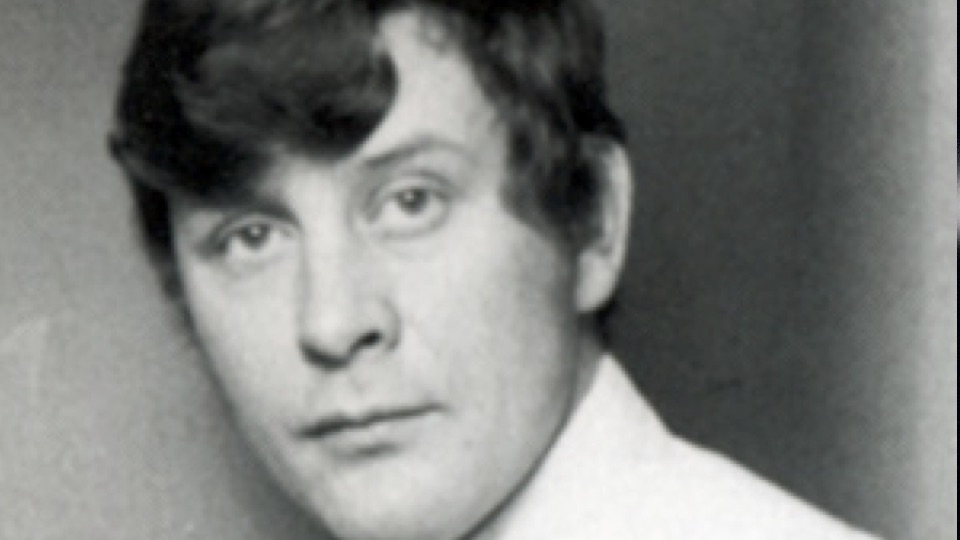 The opening line in Shakespeare’s Twelfth Night is: “If music be the food of love, play on.”  Hit-making British producer Mickie Most turned this proclamation upside down, for he’d rather have lovely food than create music that played on … and on.  Mickie recalled one of his typical Herman’s Hermits’ sessions: “We’d start at seven in the evening and I’d have a table booked at an Italian restaurant at 10:30 and I’d meet my wife there for dinner.  And I’d never be late and the record would be finished, boxed up, labeled, and on its way to America.”

Another temporary employee of Most, Yardbird Chris Deja, concurred: “Mickie wanted the backing track at ten, lunch at twelve, overdub vocals by five and home for dinner.”

But before bands sang for his suppers, Mickie Most was “Michael Hayes,” a singing waiter in London besotted with beach blanket movies, perhaps because these films had something England lacked: sunshine for more than an hour and slang like “You’re the most!”

Hence, “Hayes” became a “Most” and a singing sensation in South Africa but a nobody in other countries.  He returned to his homeland and became half of a duo called the Most Brothers but grew tired of life on the road and his stalled career, citing: “We were kind of like the English Everly Brothers without the harmony or musical ability.”  Most decided the music world would be better served if he produced songs and not sing them.  He would have agreed with producer (Who, the Kinks) Shel Talmy’s assessment: “Most was a ridiculous figure who sang off-key. But he had ears and knew how to pick out songs.”

One such song was for a scruffy Newcastle-Upon-Tyne group that Most helped score a record deal then strongly suggested they record a song Bob Dylan covered on his first album.  Most recalled: “I told the Animals if you roughen it up with your sound, it would self-produce.  ‘House of the Rising Sun’ took eight minutes to produce.  The first four minutes was a run through and the second four minutes was the record.  So you can’t really say ‘what a great a producer!’  You could say I fancy the song I produced.”

After this smash, artists such as Lulu, Nancy Sinatra, and Brenda Lee fancied Most for his acumen for choosing the right songs (like Neil Diamond’s “The Boat that I Row” for Lulu) played by the right session men such as Jimmy Page and John Paul Jones of later Led Zeppelin fame.

Mickie also took Herman’s Hermits on as a client thanks to singer Peter Noone resembling a certain President.  Mickie explained: “His manager sent me a postcard of them standing outside of Piccadilly Station. And I looked at these young ‘tear-aways’ and Peter Noone stood out as being like a young Kennedy.  And I thought he’s got a face for America.  And I went to see them play but they didn’t play that good.”

But with Most at the helm, the Hermits had eleven Top Ten hits in America, including one treacly tune that Most admitted, “‘Mrs. Brown (You’ve Got a Lovely Daughter)’ is probably the worst record ever made.”

But Most’s worst is by far offset by his best work: Jeff Beck’s Truth album and his producing time with Donovan.  Truth is arguably Beck’s best (rock) album, helped by Most who got the most out of Beck’s growling guitar by placing an amplifier in a cupboard, closing its door then placing a mike outside of the cupboard.

Before Donovan met Most, the only giant hit he could taste was when he smoked a joint.  With Most as Donovan’s aural enabler for his peak years of 1966 to 1968, the hits kept coming: “Sunshine Superman,” “Hurdy Gurdy Man,” “Mellow Yellow” and “Atlantis.”  An appreciative Donovan recalled Most’s theory of knowing when a song has turned into an earworm: “He said you know it’s a hit when your milkman whistles your song when he’s delivering your milk.”

But Most didn’t always work well with others; especially on the Yardbirds’ last studio album, Little Games, which peaked at #80 in America.  The collaboration wound up not being a match in rock ‘n’ roll heaven.  Yardbird Jimmy Page scoffed, “Most was basically interested in singles and didn’t believe it was worth the time to do the tracks right on the album.”  Ex-Yardbird Jeff Beck chimed in, “When I heard ‘Good Night Sweet Josephine,’ I thought ‘Thank god I left the Yardbirds.”

After the band dissolved, Page formed a little quartet called Led Zeppelin that was managed by Peter Grant, Most’s co-partner in his RAK Management company.  As Grant and Zeppelin spent some time creating new definitions for “debauchery,” Most created and owned Rak Records and RAK Music Publishing, which holds the publishing rights to such massive money-making hits as Hot Chocolate’s “You Sexy Thing” and Arrows’ (and later, Joan Jett’s) “I Love Rock ‘n’ Roll.”

Sadly, it was asbestos that most likely killed one of the hottest producers of all time.  Most died at the age of 64 from peritoneal mesothelioma, a complication of asbestosis which he may have contracted from breathing in asbestos attached to vinyl tiles used in recording studios’ walls to enhance soundproofing.

But Most’s work lives on and in 1982, he presciently foresaw the state of a good chunk of today’s music: “It won’t be long now until we won’t need the aid of a musician in the studio.”