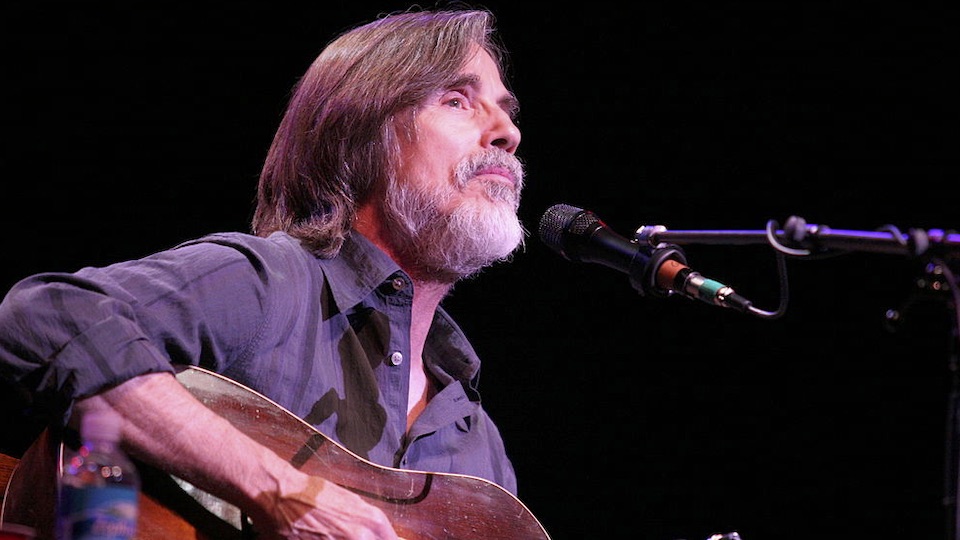 The 1970s was the golden age of the singer-songwriter. The emotionally driven work of artists like James Taylor, Carole King, Jim Croce and Joni Mitchell regularly captivated listeners during that decade. One of the most beloved of this group of enthralling performers is Jackson Browne, who released his self-titled debut 50 years ago this past January. Browne had been gaining momentum both as a songwriter and performer during the mid to late 1960s. He was briefly a member of The Nitty Gritty Dirt Band, and also backed artists such as Nico and Tim Buckley for live performances. Tom Rush, The Byrds, and Linda Ronstadt recorded their versions of Browne’s songs. Nico (with whom Browne was romantically linked at the time) included three of his compositions on her 1967 album Chelsea Girl, a record on which he played guitar.

Browne’s work caught the attention of music industry professional David Geffen, who managed artists such as Laura Nyro and Crosby, Stills and Nash at the time. Geffen was an early champion of Browne’s and signed him to his new Asylum Records label, founded by Geffen and his partner, Elliot Roberts, in part because they couldn’t get Browne signed elsewhere.

Jackson Browne is a remarkable album, which showcases Browne’s introspective and powerful songs. His deeply personal lyrics display a keen sense of empathy for those who’ve loved, lost, and perhaps even lost hope, but are still searching for a sense of peace and redemption. Tracks like the lovely “Something Fine” and “A Child In These Hills,” are standouts on a record filled with compelling songs. Browne’s sense of wordplay is remarkably strong and assured for someone who was only in his early 20s at the time. Only a writer as gifted as Browne could rhyme the words “world” and “unfurled” in the lyrics of the top ten hit single “Doctor My Eyes,” and make it seem effortless.

The album also features the evocative reverie “Looking Into You” and the  beautifully crafted love song “Jamaica Say You Will.” The moving “Song for Adam” is a paean to Browne’s late friend Adam Saylor. Browne’s sensitive and passionate work on the disc reaches for your heart and ends up touching your soul. There’s a deeply spiritual element to the music, which is very much in evidence on “Under The Falling Sky” (which also adds a hint of sensuality to the mix) and one of my personal favorites, “Rock Me On The Water,” which was the second single released from the record. The song flirts with apocalyptic imagery, a theme that would crop up frequently in Browne’s later work.

The overall impact of the record is helped immeasurably by the contributions of the impressive lineup of backing musicians, including bass player Leland Sklar, drummer Russ Kunkel, and piano man Craig Doerge, all of whom were members of The Section, a group that played with artists like James Taylor, Carole King, Linda Ronstadt, and Warren Zevon, both live and in the studio, throughout the 1970s.

Also featured on the album are David Crosby, Graham Nash, who provide backing vocals, and guitarists extraordinaire Albert Lee and Jesse Ed Davis. Songs from the album have been covered by a variety of artists, including Bonnie Raitt, The Byrds, Gregg Allman, and The Jackson Five, who put their own stamp on “Doctor My Eyes” back in 1972.

Jackson Browne is a defining work of the singer-songwriter cycle, which helped propel Browne to the forefront of the genre. He continued his string of superb albums with For Everyman, Late For The Sky, and The Pretender, until he reached the stratosphere with the hugely popular Running On Empty in 1977. All of these records showcased Browne’s versatility as a songwriter and performer, even as he began to integrate themes of political commentary and the fight against social injustice into his work. Browne continues to record and perform, but Jackson Browne remains one of his most compelling and influential works. The album feels both of its time and timeless.