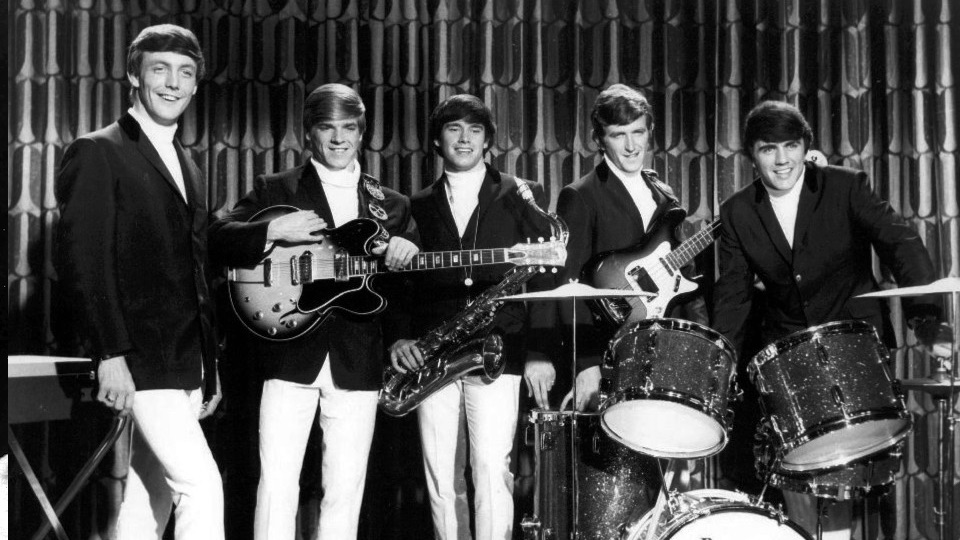 In September of 2003, Mike Smith tragically landed on his head when attempting to climb the 7ft gate of his Spanish villa. The heavy fall fractured his spinal cord in three places and left him permanently paralyzed from his waist down. He had innocently locked himself out of his home; his alternative route to get inside left him unable to move. Catastrophically, this included his talented arms and fingers, the very appendages that brought him fame and fortune as the lead singer and keyboard wizard for the Dave Clark Five.  It was a brutal end to a very successful career. Retrospective views have since brought him great praise, one in which has said that Mike Smith was one of the most underrated singers of the classic rock era.

Born in the Edmonton section of London in December of 1943, Michael “Boomer” Smith began playing in a local pub at the age of 13. Seeing the musical excitement he brought to the younger customers, the owners of the Bushell Park Hotel asked the youth if he could entertain their patrons with that “Elvis stuff that the kids like.” His initial reply was, “I have to ask me folks,” and continued to entertain people with his voice and piano. He said it was something that came easy to him. It was also something he loved doing ever since purchasing his first American record, Ella Fitzgerald’s “Every Time We Say Goodbye.” Soul and R+B music would become his specialty.

It would be another year until the young, entrepreneurial drummer Dave Clark would wander from his home in Tottenham into the Bushell Park pub. Clark was looking to upgrade his band, and upon hearing Smith’s special voice, he would ask him to join his group.

Eventually, the Dave Clark Five would work their way into a recording contract, and issue their first single, covering Berry Gordie’s “Do You Love Me?” Mike Smith’s leather-lungs lead vocal was the stand-out performance of that record, but the single suffered. Pop band Brian Poole and the Tremolos got to the charts before them with their rendition. Poole and company reached #1, the DC5 only #20. This prompted Dave Clark to turn to Smith and demand that he go home and write something of their own so that that kind of competitive incident would never happen again.

Smith came back with “Glad All Over,” (Clark would establish a practice of taking top billing and shared writing credits to his song and all subsequent songs going forward). Soon they had their UK hit, selling 130,000 copies a day at its peak in November of ’63.

Simultaneously, Beatlemania had gripped the UK.  The Fab Four would soon kick open the doors to America for the DC5 and all other British invaders in February by appearing on Ed Sullivan’s weekly Show.

After the Beatles’ three succeeding weeks on Sullivan, the Dave Clark Five would do the next pair of weeks with Sullivan. Their performance of “Glad All Over” would knock the Beatles’ “I Want to Hold Your Hand” out of the top chart slot, a historic first. DC5 would rack up 18 appearances with Ed Sullivan and hold the record for most appearances by a pop band on the show that had also presented the Rolling Stones, The Animals, and The Moody Blues.

Smith continued to write hits for the band, and his follow-up creation would be their next single. “Bits and Pieces” became another #1 that would establish him as the UK’s new “Soul Shouter.” Mike’s full gritty voice could match any black soul singer of the day, and the blue-eyed soul singers (i.e., Joe Cocker) were taking notice of Smith’s booming voice.

Smith continued to lead their streak of top 20 UK hits with “Can’t You See That She’s Mine” (#3), “Catch Us If You Can” (#5) “Over and Over” (#1 in the USA). Perhaps their most influential song, one that many rockers (Kiss, Eddie Vedder, and the Ramones) looked to as an early blueprint for heavy sounding recording, was “Any Way You Want It.” Smith credited his writing abilities to his love for Hank Williams and an array of soul singers. He gained universal recognition for displaying his vocal dexterity with a pair of softer love songs, 1965’s haunting “Come Home” and the  classic ballad, “Because.”

It would not be until 1965, upon the US release of their I Like It Like That album, that the world witnessed Mike Smith’s full abilities. The record was a collection of styles with his soaring vocals covering elements of R&B, (“She a Loving Girl”), pop (“I’ll Be Yours My Love”), country (“I’m On My Own”) rock (“I Need Love) and ballads (“Goodbye My Friends”).  All of these tracks spot-lighted Smith’s abilities to lead the band through eclectic genres. His performance on the title track is the very showcase that gained Smith praise from his contemporaries as well as icons Bruce Springsteen, Steven Van Zandt, and Tom Petty. Petty would later tell Smith that after listening to “I Like It Like That” he felt the band should have been called “The Mike Smith 5.”

So why has Mike Smith not become a bigger name on lists of the top 100 singers of Rock and Roll?

Many called the DC5 the Beatle’s biggest threat when the Fab Four were in their pop prime. But once they altered the landscape with the recording of Rubber Soul, Revolver, and eventually Sgt. Pepper, the DC5 could not keep up, nor could they shift with the times.

But Smith and company did try. They put out one semi-psychedelic single, “Inside and Out” in 1968, complete with an orchestra and fuzz guitars. It could have been early Pink Floyd except Mikes Smith’s vocals were still sounding full of soul, not mind-altering drugs.  Nobody was buying that the DC5 had gone hippie.

Although still making and selling albums at a considerable rate, Dave Clark called a band meeting in July of 1970 and announced the group was finished. The band parted ways as friends but never came together again. Smith would team up with Mike d’Abo of Manfred Mann for an album in 1976 and began a successful career as a writer of commercial jingles for companies all over the world.  After a long 25-year hiatus from live performances, he formed the Mike Smith Engine band that did limited tours in the UK and USA circa 2003.

Then came that fall at his home in Spain, after which he would pass on February 28, 2008, from complications of the paralyzing spinal injury. It was just 11 days before he was due to join his DC5 mates to be inducted into the Rock and Roll Hall of Fame. His wife told the world that he did indeed know that he got in, and in his final days, could not have been happier.

31 comments on “Mike Smith: The Most Underrated Singer in Classic Rock?”