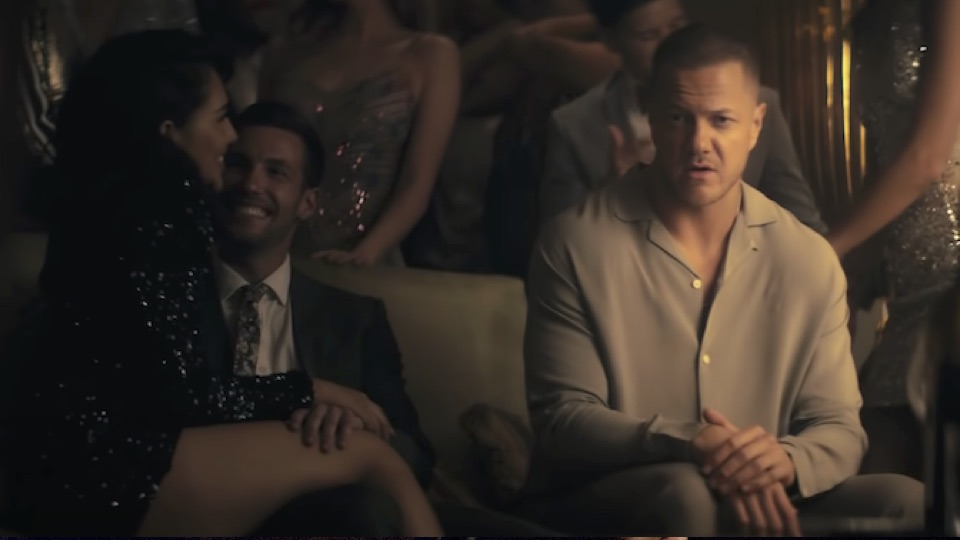 In his superb book 1965: The Most Revolutionary Year in Music, author Andrew Grant Jackson tells us that “the combined forces of TV, the civil rights movement, the antiwar movement…gave people [in 1965] a heightened awareness of the ways they were being repressed and led to a demand for freedom in all areas of life.” Well, in 2021, the combined forces of the internet and social media, the ongoing isolation and depression associated with Covid, and an atmosphere of political unrest have inspired a similar uprising of artistic voices seeking a brighter, better world. The result has been an explosion of diverse, interesting, and very unique music that rivals the bounty poured out of Liverpool, London, Motown, LA, Memphis, Muscle Shoals, and so many other cities in 1965. 2021 (and thus far, 2022) stands toe-to-toe with the mid-Sixties music explosion, giving us a Billboard Top 100 that is geared to every age group and every taste.

Just as in the Sixties, “groups” are back again. This time, however, they are not groups (like The Beatles) who clung together through good and bad for over a decade or groups (like the Stones) who rock the airwaves for a lifetime. Today’s groups are collaborations between artists who meet for a season, create something remarkable, and move on to yet another collaboration. This interesting pairing of dissimilar artists (intentionally shifting associations) renders a kaleidoscopic quality to the music…and keeps us amazed by new arrangements: bright, energetic surprises.

Now for those who aren’t necessarily seeking something “new,” there are inventive remakes on the 2021-2022 Top 100 that will more than satisfy. The remix of “Cold Heart” by Elton John and Dua Lipa retains every bit of what you loved about the original while injecting an edgy sound that makes it completely relevant.

The same goes for Matchbox 20’s “Unwell,” remade by Steve Aoki, Kiiara, and Wiz Khalifa. If you loved Rob Thomas (with his understated, sexy ‘90s vibe) soulfully confessing, “I’m not crazy; I’m just a little unwell,” then you’ll be fascinated by the soft sound of Kiiara offering up her rendition. Not better, not worse, but equally wonderful, “Unwell,” now known as “Used to Be,” is definitely worth a listen. Similarly, the Four Seasons’ classic, “Begging” is boldly back under the auspices of Måneskin. This isn’t the Jersey Boys rendition by any means! But this reimagining – incorporating fast-paced rap into the lyrics – warps it into today. Without destroying the original intent of the song, the message is expanded for a new audience.

In 1965, the folk-rock explosion and the Alabama sound gave us a hint of country, and Johnny Cash introduced himself to the charts. But for years ever after, Country Rock had its own stations, charts, and awards. Not so in 2021-22! Country rock is now mainstream. My personal favorite track is “Throw It Back,” by BRELAND, featuring Keith Urban. Just listen, and I dare you to keep your seat!

Likewise, you’ll be hooked on the happy sound of “High Horse” by Nelly, BRELAND, and Blanco Brown. It’s fun and funny, sexy and country. Don’t overthink it; just enjoy.

And while you’re at it, take in Nelly’s “Country Boy Do.” You’ll crave a pair of boots and a cold Bud – right now! And unless you’ve been living under a major fallen meteor for the last 14 months, you’ve already met Walker Hayes who’s running the charts. First, he teamed up with Kesha for “Fancy Like,” a song so full of hooks that it caught a prize Applebee’s ad. Now, he’s back again with a Tik Tok sensation that makes me laugh out loud, the ear-worm, ”AA.” Guaranteed, you’ll love it.

But okay, maybe country isn’t your “thang.” You graduated in 2000, and you’re still hooked on that ‘90s vibe. Fine. Ask Alexa to play “It’ll Be Okay” by Shawn Mendes. This melancholy ballad for his former collaborator and girlfriend, Camilla Cabello, will take you right back to The Red Hot Chili Peppers’ hit “Under the Bridge.” And if the raw alternative sound once held your heart, then so will the all-out honesty of “Traitor” by Olivia Rodrigo.

The epic “Wrecked” by Imagine Dragons is entirely unique in its appeal, sending out a message of love and loss to lead singer, Dan Reynolds’ sister-in-law, Alisha, who recently passed from cancer. But without being the least derivative, you’ll hear haunting echoes of Everlast’s “What It’s Like” and Staind’s “It’s Been Awhile” lingering around the edges, making the message even more timeless. The past, as they say, is prologue.

“They Dream” by One Republic is also firmly rooted in the ‘90s…it re-invokes the trance/rave scene. And the more mainstream Jax boasts lyrics chockful of those moments you so fondly remember in “90s Kids.”

Yes, there are songs that pay homage to the ‘80s as well! The Weeknd’s “Less Than Zero” has the lead-in and the synthesizer arpeggio sound we once flashdanced to. And lest you think “My Heart Will Go On” has vanished, its tradition has been bequeathed to us via the poignant “Lose You to Love Me” by Selena Gomez. It’s just as touching and just as unforgettable.

But, honestly, the overarching influence on the music of 2021-22 has to be the ‘70s. Bruno Mars led the way with his suave “Leave the Door Open.” Silk Sonic cruised in all sparkly with “Skate.” Dua Lipa gave us the electronic-drum-and-mood-heavy “Levitating,” which was so influenced by the ‘70s that its genre is labeled Nu-Disco or Electronic-Disco. And “Beautiful Mistakes” by Maroon Five featuring Megan Thee Stallion brings back smoooooth yacht rock. And if these four tracks (ahem) aren’t “righteous” enough to convince you, spin “Take My Breath” by The Weeknd. There you have it: cool-to-the-max!!

Now, as Richard Nixon once said, “Let me be clear about this…” None of these songs mimic the ‘70s, ‘80s, or ‘90s; they aren’t one bit derivative. But they spring from a rich past that preceded them, and they are unapologetic for building upon the foundation of yesterday. Listen to “Wild” by John Legend, featuring Gary Clark, Jr., and “Leave Before You Love Me” by Marshmello x Jonas Brothers. They combine the best in the rock and pop era, but they speak with a brand-new voice.

Others, like Ed Sheeran’s “Visiting Hours” are classic ballads that will be the same sort of wonderful forever. And some are just 100% pure joy: “Bad Habits” and “Shivers” by Ed Sheeran, “Stay” by The Kid LAROI and Justin Bieber, and “aok” by Tai Verdes. If you’re not listening to the Top 100, you, my friend, are impoverished. As One Republic enjoins us all in the happy hit “Sunshine,” while you’re “Runnin’ through this strange life/Chasin’ all them green lights/Throwin’ off the shade for a little bit of sunshine,” try tuning in to the music of today. Not since 1965 have we had such an “embarrassment of riches” from which to choose! Get yours.