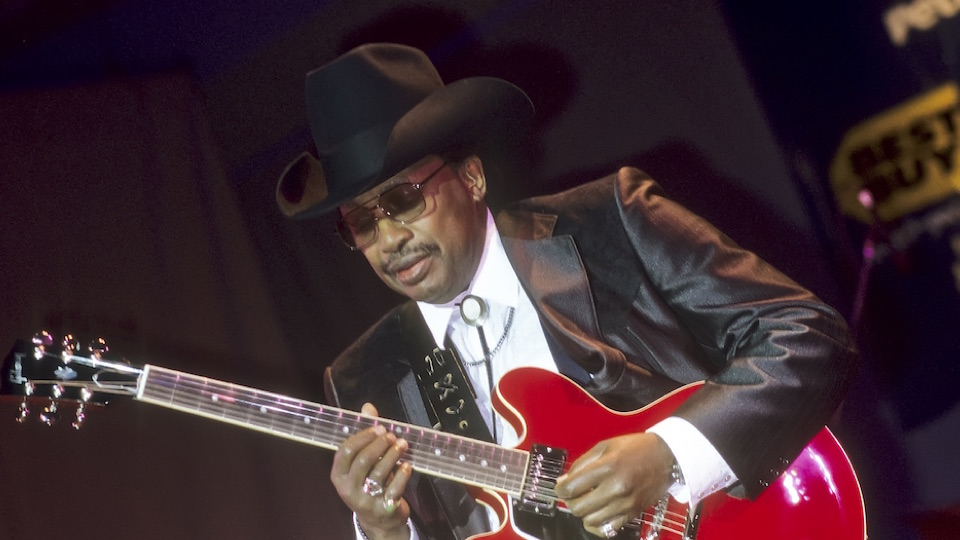 Otis Rush would stand in the corner of the bandstand at Chicago’s Wise Fools Pub in the mid-’70s, performing with a reserved dignity as he mesmerized a small, packed crowd of 20-somethings. This was one of the forefathers of modern blues graciously playing jazzy riffs mixed with Mississippi funk for some seriously lucky young fans. His passionate tenor, like his high-wire fingerwork, created a tension as if it were all going to fall apart  — but it never did. Critics called his style “West Side Blues” but, like many musicians, he did not like being labeled and dismissed the term. He was a bluesman, plain and simple.

Otis Rush died on Sat., Sep. 29, at 84 years old, from complications caused by a 2003 stroke that had ended his musical career. Born during the Depression in Philadelphia, Mississippi, Rush moved to Chicago when he was fourteen and soon after began mastering the guitar. Because he was left-handed, he turned the instrument around, essentially playing a right-handed guitar upside down. (Guitarist Albert King took the same unusual approach which may be a key to their shared, unique sound.)

In the 1950s, Rush started hitting the Chicago blues joints, including the 708 Club, where he met upright bass great Willie Dixon and Eli Toscano (the founder and owner of Cobra records). Toscano offered the young musician a recording contract and from 1956 to ’58, Rush recorded some of his most memorable songs for the label such as “I Can’t Quit You, Baby,” “Double Trouble,” and “All Your Love (I Miss Loving”).

“I Can’t Quit You, Baby” was the only hit on the R&B charts at the time but since Toscano was plagued by gambling debts, the label folded before Rush saw any money. After Cobra, Rush signed with several other labels throughout the next decade — Duke, Cotillion, and Capitol among them. However, none of these sessions truly captured the magic of his live shows. (Some attribute this to the musician’s shyness in the studio.) That he hated flying also got in the way of record promotion. In short, Rush’s legacy can best be seen in the generations that followed.

Related: “Boz Scaggs Gets Back to the Blues”

Led Zeppelin recorded “I Can’t Quit You, Baby”; John Mayall and Eric Clapton did a version of “All Your Love (I Miss Loving)”; the J. Geils Band put their mark on “Homework,” a rock-oriented song from Rush’s Duke sessions. To paraphrase Rush devotee and legendary guitarist Mike Bloomfield, if you wanted to jam in the Chicago clubs of the ‘60s, you’d better be as good as Otis Rush.

Yet despite the respect and admiration from these young artists, Rush didn’t benefit financially from their covers because he often did not get the songwriting credits he deserved. Clapton’s 1976 recording of Rush’s “Double Trouble” is one notable credited exception so hopefully, he received some royalties from that. Which all means that while Rush continued to gig at Chicago clubs in the late ‘60s and ‘70s, he was also forced to take on various blue collar jobs to make ends meet. Eventually, the work took its toll. Then when the owner of the Alex Club was murdered during one of his gigs, he took a break from the stage entirely for a few years.

In the mid ‘70s when he returned, Rush became a regular feature at Wise Fools Pub in Lincoln Park, finally flew to Japan in 1975 resulting in the Delmark record release So Many Roads, a live album that would lead to quite a few more such as Blues Interaction — Live in Japan (1989), Live in Europe (1993), and Live… and in Concert from San Francisco (2006).

Though he never achieved the success of B.B. King or Buddy Guy, Rush definitely had graduated to larger crowds for the last two decades of the 20th century. He also became a bit looser onstage, donned a cowboy hat, sometimes took the mic off the stand and walked around during his vocals… He played Montreux in ‘86, opened for Pearl Jam in ’95, and headlined the Chicago Blues Festival repeatedly. He returned to that last Blues Fest in 2016 when the festival held a tribute in his honor. Though he could no longer play, he appeared quite happy to simply give a “let me hear you say, yeah” shout out to the crowd.

0 comments on “Otis Rush, the Quiet Master of the Blues”