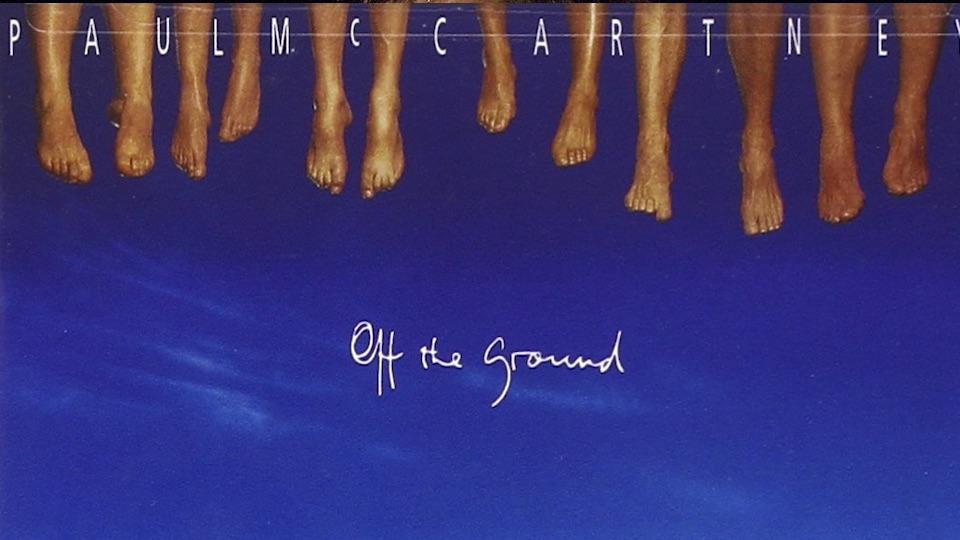 Sandwiched between Flowers in the Dirt and Flaming Pie — both of which were hailed as “return to form” releases — Paul McCartney’s 1993 album, Off the Ground, has been rather unfairly overlooked. Yet it contains just as many moments of musical brilliance.

Working with his touring band, McCartney favored a back-to-basics approach, inspired by those early Beatles sessions when time constraints forced them to complete multiple songs in quick succession. The first two tracks recorded for Off the Ground, “Biker Like an Icon” and “Peace in the Neighbourhood,” were each done in a single take and have a loose, spontaneous feel.

Beatles nostalgia was also present in other ways for McCartney. His songwriting collaboration with Elvis Costello on Flowers in the Dirt had reminded him of the best days of his partnership with John Lennon when they would push each other to go the extra mile creatively. Costello had even encouraged McCartney to start playing his Hofner bass again, and Beatles songs had found their way back into his concert setlist. Costello’s influence continued on Off the Ground, with another couple of co-writes making the cut: “Mistress and Maid” and “The Lovers That Never Were.” Lyrically, they’re two of the best songs on the album.

In an interview for Club Sandwich magazine, McCartney discussed some of the political and social themes he’d written about, summed up as “the anger of the Nineties.” Nowhere was this anger more evident than on “Looking for Changes,” an impassioned plea to end animal cruelty, and the non-album B-side “Big Boys Bickering,” which railed against politicians “fucking it up for everyone.”

“I don’t usually use swear words in a song because it can sometimes seem a bit gratuitous like you’re just trying to shock,” he explained, “but then again I don’t normally go for songs about animal experimentation.”

In typical Paul McCartney fashion, he also offered listeners some light at the end of the tunnel with “Hope of Deliverance.”

Released as Off the Ground’s first single, this acoustic, Latin-flavored track reached the UK top twenty and also performed well in other countries. The epic album closer and second single “C’Mon People” is equally optimistic, with its reminder that “we’ve got a future and it’s rushing in.” It’s also very Beatlesque, not least because of George Martin’s orchestral arrangement. It certainly deserved a lot better than its UK number 41 chart position.

Other highlights include “I Owe It All to You,” “Golden Earth Girl,” “Winedark Open Sea” and the upbeat title track. Overall it’s a great collection of songs, combining irresistible melodies with “poet-proof” lyrics (McCartney asked his friend, the poet Adrian Mitchell, to provide his expert opinion “as if he was an English teacher checking my homework”).

For some reason, reviews were mixed and the album sold poorly in both the US and UK, quickly dropping out of the UK chart altogether after a strong start at number five. It does, however, have the distinction of being McCartney’s best-selling album in Germany, where the “Hope of Deliverance” single made the top three.

McCartney’s successful New World Tour of 1993 may have taken his mind off the lackluster sales, though he soon had other things to occupy him: the Beatles Anthology project, the recording of his next album Flaming Pie, and his beloved wife Linda’s illness (she passed away in 1998).

Regardless, Off the Ground has a lot to offer and is long overdue for a reappraisal.

2 comments on “Paul McCartney’s “Off The Ground”: Give Another Listen”