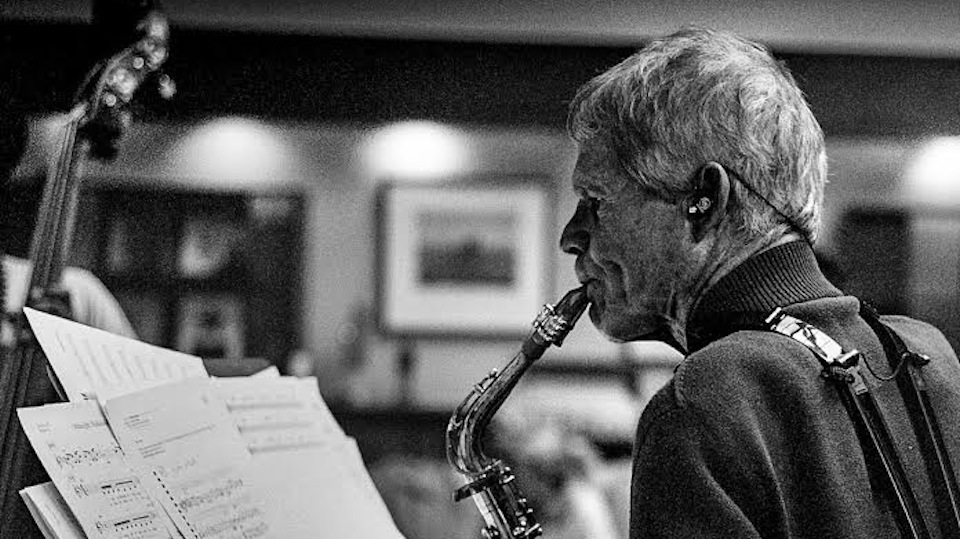 Unless you’ve never owned a radio, a phonograph, or a TV set, you’re already familiar with the iconic sound of alto saxophonist David Sanborn. His singular voice on the alto has been an essential thread in the fabric of American music for over five decades. He’s played the blues with Paul Butterfield, jazz with Gil Evans and Bob James, fusion with The Brecker Brothers, and countless pop sessions with everyone from David Bowie to Paul Simon to The Eagles. He’s also released over two dozen genre-defying solo albums. Yet with all due respect to his six Grammy Awards, eight gold albums and one platinum album, Sanborn’s unparalleled stature stems from a unique musical ethos that disregards the barriers that separate jazz, pop, rock, funk, and R&B.

It’s this ethos that made him uniquely qualified to host the illustrious Night Music, a weekly late-night NBC TV series that aired for two hip seasons from 1988 to1990. Or should we say “too hip,” as the “powers that be” couldn’t hang with a guest list that ran the gamut from Miles Davis, Taylor Dayne, and Leonard Cohen to Sonic Youth and Al Green. Fortunately for music lovers everywhere, Mr. Sanborn has now taken matters into his own hands by producing his own outstanding new web series that brings the Night Music sensibility to a 21st-century audience.

Sanborn Sessions presents an eclectic mix of musicians and artists who gather at Sanborn’s home studio in upstate New York where they engage in authentic conversations and some tremendous playing. The pilot episode not only features knockout performances from vocalist Cyrille Aimée, singer-songwriter Jonatha Brooke, and guitar wizard Charlie Hunter, but Sanborn’s current band — drummer Billy Kilson, bassist Ben Williams, and keyboardist Andy Ezrin — is super-tight and the man himself still plays the alto with the fire and depth of a musician half his age.

At the moment, Sanborn Productions is forgoing corporate sponsorship for Sanborn Sessions in favor of a crowdfunding campaign that will allow for complete artistic freedom. During a recent interview for a Night Music-related research project, Sanborn spoke enthusiastically about this new endeavor, his “all-inclusive” sensibility, and why that approach is more important than ever. Check out the edited interview below.

Q: Night Music brought together unique combinations of players that transcended many pre-conceived categories of music, and it seems like you’re determined to continue defying those stylistic boundaries on Sanborn Sessions.

A: I love all different kinds of music. I love country music, R&B; so the categories didn’t matter to me. It’s all great and it deserves to be respected and treated with dignity and honor. The truth is, with musicians, everybody listens to everybody else. Musicians don’t think about categories. I think that what we did on Night Music was not so much a revelation or an innovation; we just reflected the truth. I think I had this grandiose idea, of a “kumbaya” moment of “You know, all this shit is the same!” That show is never far from my mind, and I just miss it so much and I miss that vibe, that I’m trying on a very small scale to recreate that for the digital age [with Sanborn Sessions]. I live up in Westchester and I’ve got a studio in my house, and I’m trying to do a stripped-down version of Night Music in my house, man. We play music and shoot the shit, and talk about the creative process.

Q: You’re in good company: Artists like Daryl Hall (Live From Daryl’s House) and Stewart Copeland (Sacred Grove) seem to be thriving in the digital age, curating and presenting sophisticated musical performances on their own terms.

A: I’m so happy about that because there’s plenty of room at the table for every point of view. Mine is a little more skewed to the jazz side – I’m getting [tenor saxophonist] Joe Lovano, and [bassists] John Patitucci and Christian McBride… I’m also going after a lot of hip-hop and rap guys: I’ve got Terrace Martin coming up. The way I feel is, this is how we can communicate with each other now. Instead of a “one-stop shop” like Night Music, there are many places you can go and keep that spirit alive. So the more people we have that can do this, the better we’ll be able to have this sensibility survive in the culture. We’ve gotta keep it alive with a thousand little fires, you know? It’s like during the dark ages when all the monks took all the books and stored them in the monasteries. We’ve gotta preserve this shit, man, because it’s going away. Some of these people are not gonna be around and they deserve to be chronicled. And this is the way we do something about it: We develop a community where we communicate with each other this way. And if all these shows are up there doing it, we’re not competing. It’s “lift every voice and sing,” you know?

A rising tide lifts all boats.

Q: Do you feel up to the challenge and responsibility of not only producing another series but doing it independently?

A: Well, I have no choice. I mean, look: I’m 72 years old, man. I’m gonna play music until I can’t, you know what I mean? And if I can do this, invite my friends over to the house, along with people I don’t know, and play music and discover shit? I mean, who wouldn’t want to do that? Why wouldn’t anybody want to do that? And I never underestimate people; never underestimate the audience. Just like you said to me how important Night Music was to you, there’s millions of people out there now that are not being served. There’s an audience for this, this sensibility that we’re talking about. Now whether it’s hip-hop or rap…I mean Kendrick Lamar’s album [To Pimp a Butterfly] is one of the most brilliant albums I’ve heard in a long time, man, and those are jazz musicians all over that fuckin’ record! Robert Glasper, Kamasi Washington, you know what I mean? They get it, and they don’t give a fuck about whether or not somebody gets it! They’re gonna do that shit, and obviously, there’s an audience out there for that, and that sensibility. What’s timeless and the same is the creative process.

0 comments on “Sanborn Sessions: A New Day for “Night Music””